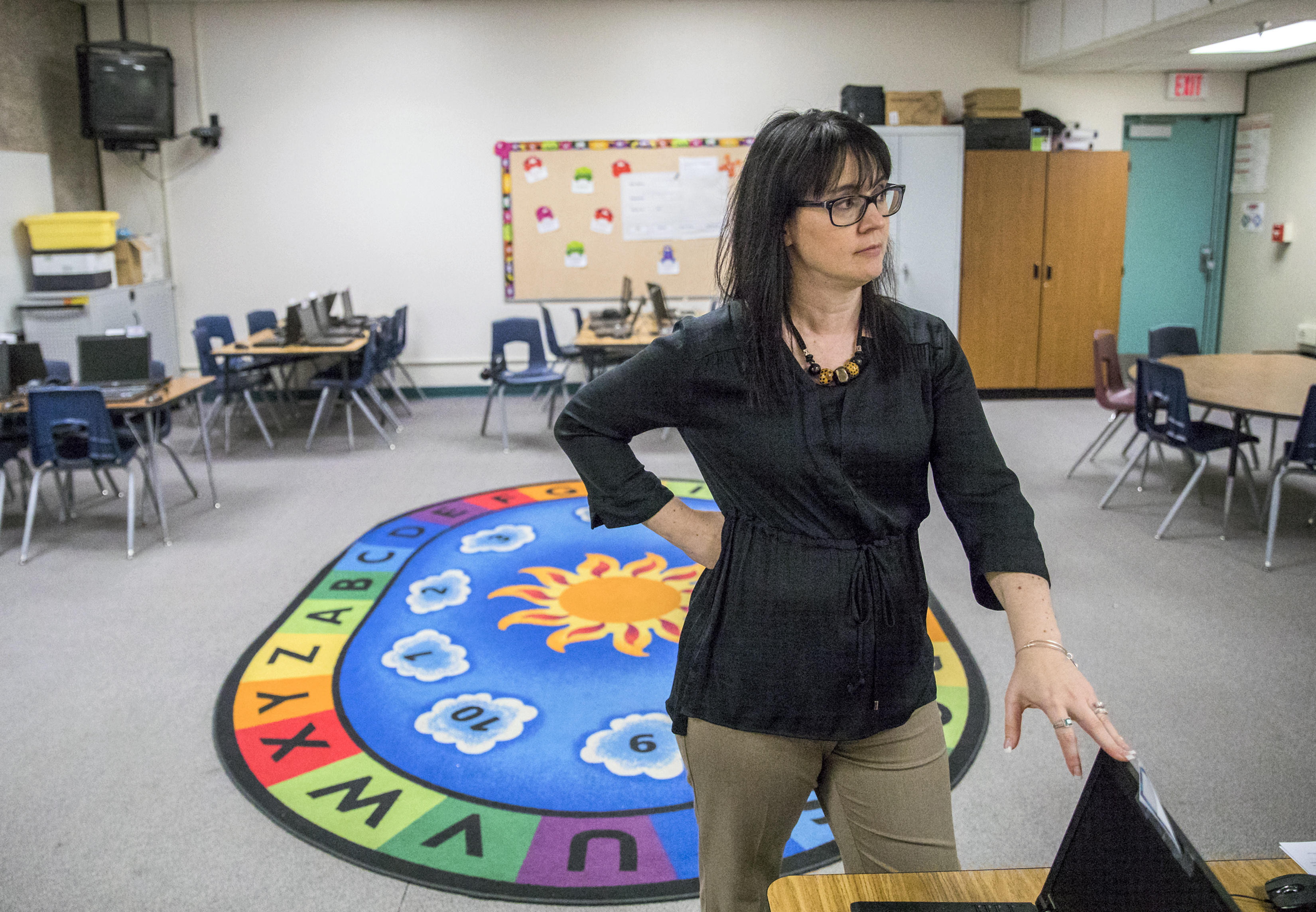 So by the time Principal Renee Muraco finishes paying staff salaries, she only has $43,000 left to cover everything else — pencils, paper, crayons, custodial supplies. It’s barely enough money to cover the basics, let alone even think about hiring another educator or upgrading technology. Each fourth- and fifth-grade class has 39 students.

“It is my hope that by bringing awareness to these issues, we can better educate Nevada,” she said.

Muraco’s hope is the guiding force behind a new coalition called Fund Our Future Nevada, which is bringing together students, parents, teachers and education partners to fight for better K-12 funding in Nevada. The initiative launched Tuesday from the cafeteria of Tomiyasu Elementary School, where participants gathered to make their plea for more state funding.

Education Week’s 2018 Quality Counts report ranked Nevada 48th in the nation for school financing, with average per-pupil spending at $8,441 compared with the $12,156 national average. State officials have bristled at the ranking because it’s based on 2015 data, which doesn’t reflect about $500 million worth of education investments the state has made since then.

Still, Sylvia Lazos, the policy director for the equity-focused organization Education Nevada Now, pointed to the state’s K-12 funding formula as evidence of the shortcomings. Created in 1967, the Nevada Plan doesn’t take into account the demographic changes that have swept across the state, she said.

On top of an outdated funding formula, coalition members are frustrated that revenue from marijuana and room taxes has not gone to education as promised.

“We need to band together and send a strong message to Carson City in 2019: Do the right thing and put money in the name of education back into education and fund our future,” said Jenn Blackhurst, president of HOPE for Nevada, a parent advocacy organization.

In recent years, more money has flowed to schools in the form of Gov. Brian Sandoval’s education reforms, which largely involve categorical funding —  money earmarked for high-need students such as those learning English or living in poverty.

Brad Evans, a Valley High School teacher, said the extra money provided to schools in the poorest ZIP codes has been transformational. Before the school received Victory funding, he arrived to a class of 37 students with only 30 desks and no printer or working projector. Now, he has those necessary materials as well as new computers.

Despite the goodwill categorical funding has brought some schools, coalition members said the state must fix its general K-12 funding to make any permanent dent. The categorical funds aren’t guaranteed beyond two years, which makes recruiting teachers for those positions difficult, said Paul Johnson, the chief financial officer for the White Pine County School District.

He wants to see a “very open and frank discussion” about the base funding.

“We’re all trying to do more with less,” Johnson said.

Lazos said the coalition would form policy directives ahead of the 2019 legislative session and vet candidates who are running for office. Participants envision it as a grassroots movement that injects school funding into everyday conversations.

“We have to be more realistic,” she said. “It’s bad enough that we have a Legislature that only meets every two years.”