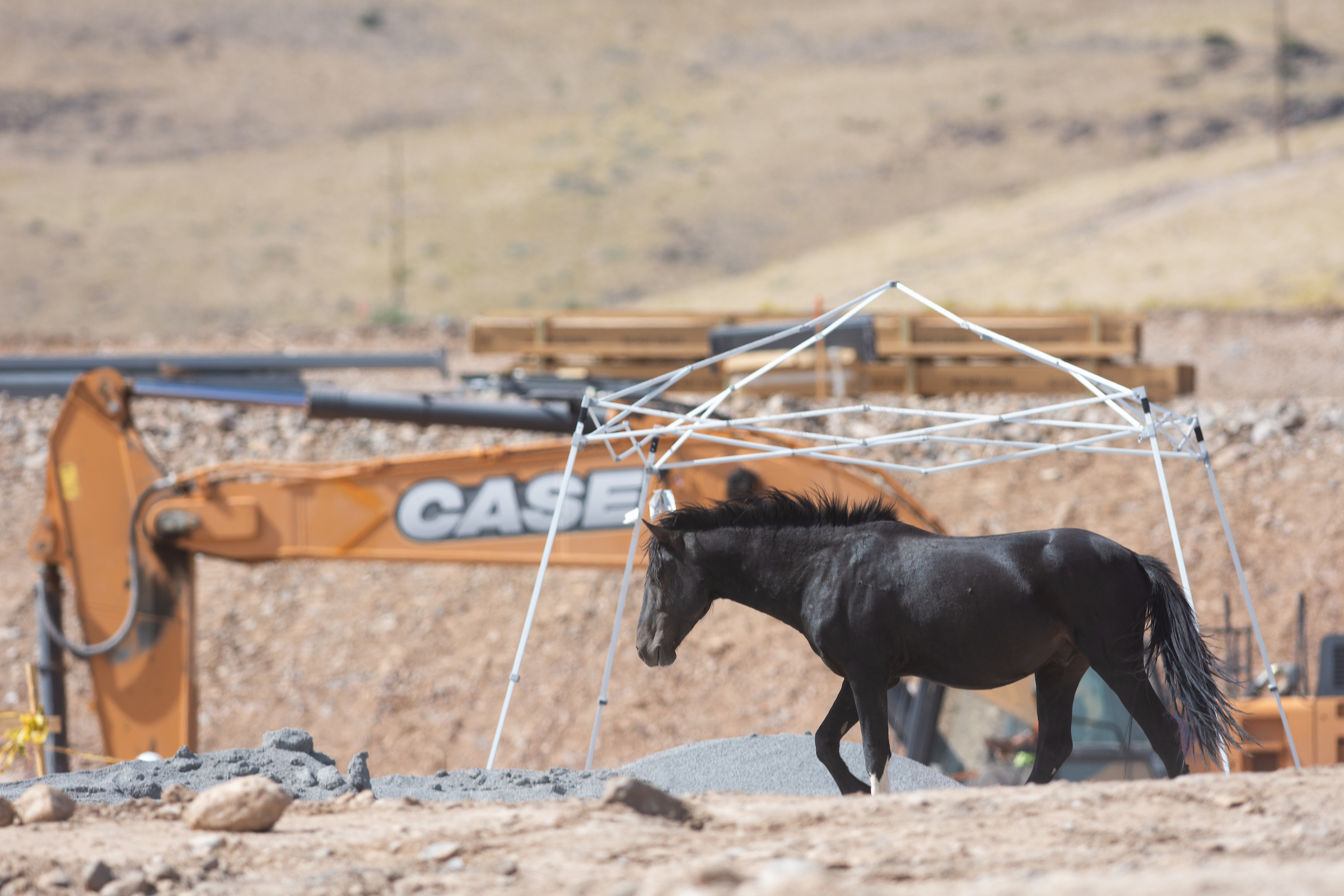 The Storey County Commission voted Tuesday to permit a medical waste incinerator at the Tahoe Reno Industrial Center near Reno, despite the plant operator’s history of regulatory compliance issues across the West and concerns raised by businesses in the area.

Stericycle, the company proposing the facility, plans to build the medical waste incinerator in an area of the industrial center zoned for heavy industrial use. At the commission meeting Tuesday, executives stressed that the facility would be built with stringent air pollution controls, estimating that emissions would be low, comparable to about ten diesel trucks driving down the highway.

But the industrial center’s largest landowner, Blockchains, remains concerned with Stericycle’s track record on environmental compliance issues and believes the presence of the facility could adversely affect future development, including on three parcels adjacent to the Stericycle site.

County staff recommended that the three-member commission approve the facility.

Blockchains, a company that aims to build a cryptocurrency city at the industrial park, outlined its opposition to the facility in a seven-page brief it submitted to Storey County last week. In the brief, the company accuses Stericycle of not being transparent before the planning commission. Blockchains is the largest landowner at the industrial center.

At a planning commission meeting last month, Blockchains had raised concerns about Stericycle’s operations in North Salt Lake, where Utah regulators levied a $2.3 million fine against the company to settle emissions violations. The City of North Las Vegas, Blockchains noted, had recommended the denial of a similar special use permit last year when Stericycle sought to build the facility at the Apex Industrial Park.

Dominic Culotta, an executive vice president and chief engineer for Stericycle, countered those claims at the meeting Tuesday. He said the citation in Utah occurred nine years ago, and that the company did not move to North Las Vegas because of infrastructure issues. Ahead of the meeting, Stericycle submitted a nine-page reply to Blockchains’ claims.

The facility would occupy about five acres of a 20-acre parcel, Culotta said, to provide a buffer area. In a July planning commission meeting, horse advocates raised concerns about air emissions and about possible increased collisions with additional traffic in the area.

“It was intentional to leave a sizable buffer zone…to minimize impact on wildlife as well as our neighbors,” he said, describing the incinerators as “small” compared to municipal solid waste facilities. “Our operations will be contained inside a 50,000 square-foot facility.”

The American Wild Horse Campaign had previously expressed concerns about the project. But on Tuesday, Greg Hendricks, director of field operations for the group, applauded the company for working with wild horse advocates to address some of the issues.

“It’s great to see a company look at these situations prior to their build so they can build in the appropriate mitigation and corrective actions to reduce our impact on wild horses,” he said.

Blockchains, however, said the assurances from the company were not enough.

Matthew Digesti, Blockchains’ vice president for government affairs, urged the commission to deny the permit, saying that Stericycle has “bounced around the Western United States looking to create one of the most dangerous biohazard services known to man. And they have been appropriately challenged or denied everywhere they have been.”

Blockchains was not the only business interest in Storey County that raised concerns. Corrado DeGasperis, the CEO of the Sierra Springs Opportunity Fund and Comstock Mining, had expressed concerns about the project in a letter to the planning commission.

“We, as residents of Storey County, business operators in Storey County and northern Nevada, strongly oppose this application, on the grounds that incineration is a highly polluting activity with a history of mishaps, problems and violations across the US which are too many to list here,” DeGasperis wrote to planning commissioners on Aug. 6.

DeGasperis’ correspondence was included in the packet presented to the county commission. The Sierra Springs Opportunity Fund is meant to encourage development in opportunity zones. DeGasperis did not respond to an emailed request for comment.

On Tuesday, Culotta argued that the company had changed over the past two years.

“Stericycle’s committed to safety and the environment,” Culotta said. “We’ve implemented a multi-pronged program over the past 18 months that includes a centralized, global focus on safety, enhanced training programs and a shift to behavior-based safety culture.”

“The reality is that we live in a world that generates waste that has to get brought down to the safest levels” Carmona said in comments before voting to grant Stericycle a permit.

“Unfortunately, in today’s society we have to have a place that can get rid of that stuff,” he said. “While obviously we don’t want any more pollution, I think this is one of those necessary evils.”