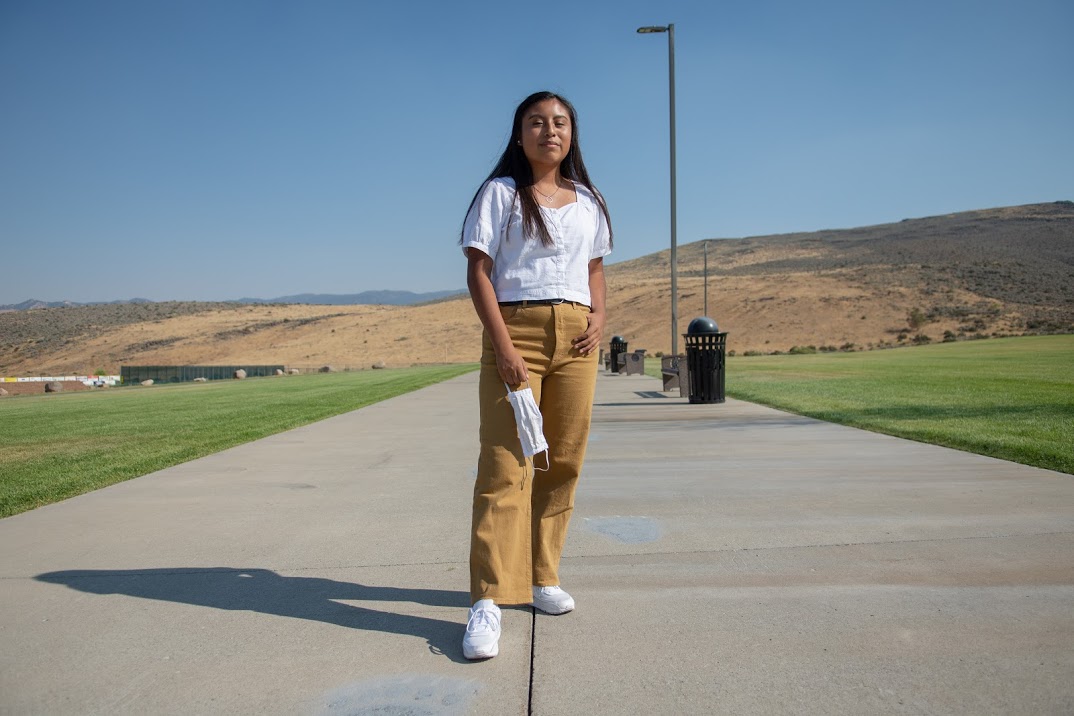 A student-led movement to bring anti-racist teachings to the Washoe County School District started, as many efforts do these days, on social media.

In mid-June, Isabel Peralta, a recent graduate of Galena High School, posed a question on Twitter. She asked whether any current or former Washoe County students wanted to help launch a campaign for a “more thorough history of BIPOC (Black, Indigenous and People of Color) and LGBT people” within schools.

The inquiry, which came several weeks into protests and unrest following the death of George Floyd, netted a handful of enthusiastic responses and even more likes. It was enough to jumpstart conversations that led to the formation of WCSD Students for Change, a fledgling group pushing for educational reforms as well as system-wide equity.

“Anti-racism should be taught in schools because it prepares a generation of compassionate and accepting students that grow up to be business people, lawyers, doctors who are committed to protecting the lives of their fellow community members,” said Peralta, who founded the advocacy group.

Less than a month after her tweet, WCSD Students for Change sent Washoe County Superintendent Kristen McNeill and the school board a lengthy letter outlining three requests:

“Students must learn how to resist and dismantle the systems they step into when they leave the WCSD school system, and this requires more than a school system that is not racist,” the letter stated. “The WCSD must be expressly antiracist: 64,000 students who are not racist cannot close a wage gap or end police violence, but 64,000 anti-racists can.”

The group didn’t stop there. Peralta and other members have organized virtual discussions with teachers over Zoom and have spoken with district administrators, too. At the ground level, they’re forming school-based “ambassadorships,” which involve campus presence as well as students serving as liaisons with staff members to ensure these issues are at the forefront of decision-making. So far, Reno High School and Incline High School have signed on as pilot schools with the ambassadorship initiative.

Peralta, 18, is about to start college virtually at Stanford University, but she said that doesn’t mean the cause is any less important to her. She has a younger brother who attends school in the district as well as friends in lower grades.

As the daughter of immigrants — her mom was born in Peru and her dad in Bolivia — she grew up speaking Spanish and has friends of all races. Still, it wasn’t uncommon, she said, to hear insensitive comments, harmful stereotypes or racial slurs uttered in the hallways of Galena High School, where slightly more than half of students are white. She’s not sure some students even realized the hurtful nature of the words or phrases they used.

The observation dovetails with her mission to ensure the K-12 education system doesn’t gloss over the racial inequities that have been institutionalized across society, whether it be income gaps, police violence or something else entirely.

“I feel like I grew up in an environment that was often complacent,” she said.

Hannah Branch, a leader with WCSD Students for Change, said she would like to see these topics discussed regularly in all classes, not just highlighted during Black History Month or other dedicated intervals.

“I was never exposed to the concept of anti-racism or to the nuances of what that ideology entails,” said Branch, a senior at Wooster High School. “I was told not to be racist.”

So what exactly does an anti-racist curriculum mean?

Matt Ochs, a social studies teacher at Reno High School, said “part of anti-racist work is considering the multiplicity of viewpoints.” So if you pick any major event in United States history, the teaching should include perspectives from everyone affected — not, for instance, just the white settlers arriving in North America.

The shift will take courage on behalf of everyone within the education system, he said, given the century-old norms that still exist in schools today such as bell schedules and rows of desks. Incorporating anti-racism teachings, he said, will involve more dialogue and innovative ways of delivering instruction.

With students as the messenger in this push, though, Ochs said change is possible. He pointed to student activism in the wake of the Parkland, Florida, school shooting as an example.

Other student-led groups addressing racism have also popped up around the country. One of the larger efforts is the #DiversifyOurNarrative campaign, which was started by two Stanford students and has been joined by more than 4,000 organizations nationwide. The campaign is demanding school boards expand curriculum with diverse and anti-racist texts.

Back in Reno, Ochs said he has been impressed by the organizational skills and professionalism teens have shown while launching WCSD Students for Change and a Black Student Union at his school.

“They’re really putting pressures on teachers and administrators, which is what needs to happen,” he said.

Courtney Taves, an English teacher at Incline High School, has already heeded the call to revamp her curriculum. She’s teaching an American Literature class for the first time this year and has crafted a unit lineup that includes writing or perspective from American Indians, African Americans, Latinos, Asian Americans and “enlightened founding mothers” in addition to the nation’s founding fathers.

Washoe County School District officials acknowledged they’re working on analyzing and diversifying literature in school libraries, which is one of the student group’s requests. Specific content related to an anti-racism curriculum, however, would need to be addressed at the state level, district leaders said. Teachers follow topics outlined in the Nevada Academic Content Standards, which for social studies, does include multicultural learning as a theme.

But the leaders of WCSD Students for Change said anti-racist teachings should be sprinkled throughout all subject areas, not siloed to social studies.

The group was also dismayed when the school district asked staff not to support Black Lives Matter within the classroom. WCSD Students for Change started an online petition, urging the district to reverse its position, which has garnered more than 570 electronic signatures.

The district has stood by its decision.

“The Washoe County School District fully supports students expressing their personal politics,” officials said in a statement addressing the students’ request. “With regard to staff, it is the District’s policy to keep personal politics out of the classroom. However, BLM may be taught as part of a curriculum in social studies courses.”

Even so, Peralta and Branch said they’re in it for the long haul. The way they see it, change is predicated on their involvement. Young people, they said, tend to lead progressive, equity-oriented movements — and this one is no exception.

The pair hope student participation swells over the course of the school year. They know their work is just beginning.

“I don’t want to leave behind an unfinished job,” Peralta said.