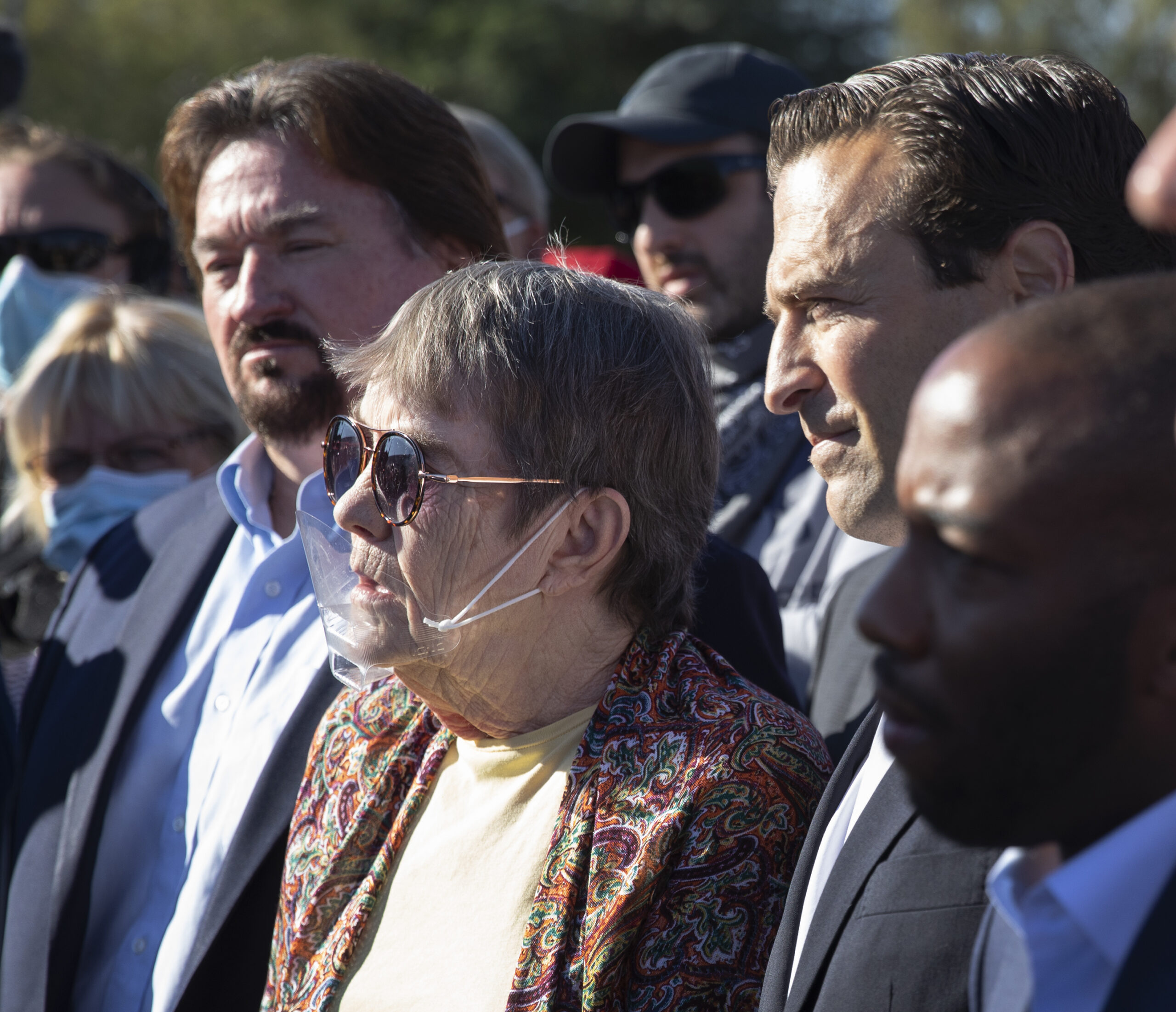 After doing nothing for more than a year to distance the Nevada Republican Party from Proud Boys and militia activists at its rallies, state party chairman Michael McDonald is blaming others for noticing it.

Faced with embarrassing fallout from recent press revelations questioning the proximity of the alt-right and neo-fascist types inside the party’s chaotic apparatus, McDonald is running true to form. He’s scolding the messengers and muddying the waters after refusing to separate the party from those photographed at “Stop the Steal” and anti-mask rallies parading in paramilitary garb and flashing white power hand signs.

In a long, long letter emailed to party members, McDonald hits the press and Clark County Republican Party officials for the GOP’s latest faceplant, which has rippled all the way to pages of The Washington Post, Politico, The Daily Beast and more. Suffice to say the chairman is not placed in a complimentary light.

There’s something about enabling blindly pro-Trump officials to force a censure of Nevada Secretary of State Barbara Cegavske – the only Republican elected to a statewide office -- that will cause people to question your intelligence. But that’s what happens when you embrace the Big Lie about a stolen election.

Then there’s the rogue elephant in the room: The undeniable presence of the Proud Boys and others who identify with the far-right end of the political spectrum. As the Las Vegas Review-Journal, Nevada Current and The Nevada Independent have reported, the GOP’s Proud Boys profile is rising here.

In a message to members titled “The Big Lie vs. A Bigger Liar,” McDonald takes after a central committee member whose sin was going “to the media with wild accusations” that the chairman claims were untrue.

“The Big Lie continues to ripple through national media, bringing unwarranted attention to the NVGOP at a time when we need to concentrate on the 2022 election cycle,” the letter states. “There is no evidence to support the allegations, and in fact the media was provided the proof to contradict what they reported on without researching, yet no retractions have been issued.”

More than a year of watching “Stop the Steal” and anti-mask protests sprinkled with flag-waving Proud Boys and those who identify as Three Percenter militia members may have given reporters pause. McDonald and the rest of the state’s Republican hierarchy spent 2020 doing nothing to put distance between itself and its far-right fringe.

Only now that it’s boiled over into the national press is the guy reacting. Alas, he’s venting in the wrong direction.

In the letter, which McDonald said was written because “the members of the NVGOP deserve to know the truth,” he takes a meandering route through internal party squabbles and lays the blame at the feet of the county party, which has the most to lose at the polls every time the chairman caters to rural right-wingers.

Clark County party chairman David Sajdak gets taken to the woodshed, a place he must be comfortable now, and is accused of slandering the state party by associating it with “an organization called the ‘Proud Boys.’” The letter makes it appear that McDonald had never heard of the group, which is laughable considering its members’ proximity to public protests in Nevada, President Donald Trump’s infamous “stand back and stand by” shoutout during a 2020 debate, and their visibility during the failed Jan. 6 insurrection at the nation’s Capitol.

He also spends time rehashing and reshaping the narrative of an April 10 meeting which resulted in the Cegavske censure.

“There was nothing to indicate that any guests that attended the April 10 meeting were members of any hate group,” the letter states. “Every attendee, save one, were professional, respectful, and attentive throughout the meeting.”

The wrongheadedness and damaging impact of the censure aside, McDonald focused on the “right” of a member in good standing to bring such a resolution to the floor. Robert’s Rules of Order, and all.

Although McDonald largely makes Sajdak the scapegoat for the Proud Boys connections, he takes time to scold the Nevada Republican Senate Caucus for clearing its throat and raising its justifiable concerns about the alleged presence of far-right “Western chauvinists” with a reputation for violence in such close proximity to the Nevada GOP’s power structure.

In case you were wondering where his patriotic heart is in these matters, McDonald reminds skeptics, “At no time have I nor the NVGOP supported any hate group. We embrace all Republicans regardless of race, creed, color, sex, religion or nation of origin. We are inclusive, not exclusive and we welcome all Nevada Republicans that want to participate in a respectful and meaningful manner.”

Even those considered neo-fascists.

“I apologize that any of this needed to be said, but the bizarre and obviously untrue allegations of 42 ‘Proud Boys’ being improperly seated to influence a vote was very serious,” McDonald writes. “The media has wholly ignored the proof provided to them about the Big Lie, but we felt that our members deserved a full and complete set of facts. Chairman Sajdak and others continued slander is unacceptable and will not be tolerated.”

Now that its chairman has that off his chest, the Nevada GOP can now go back to being one big happy family.