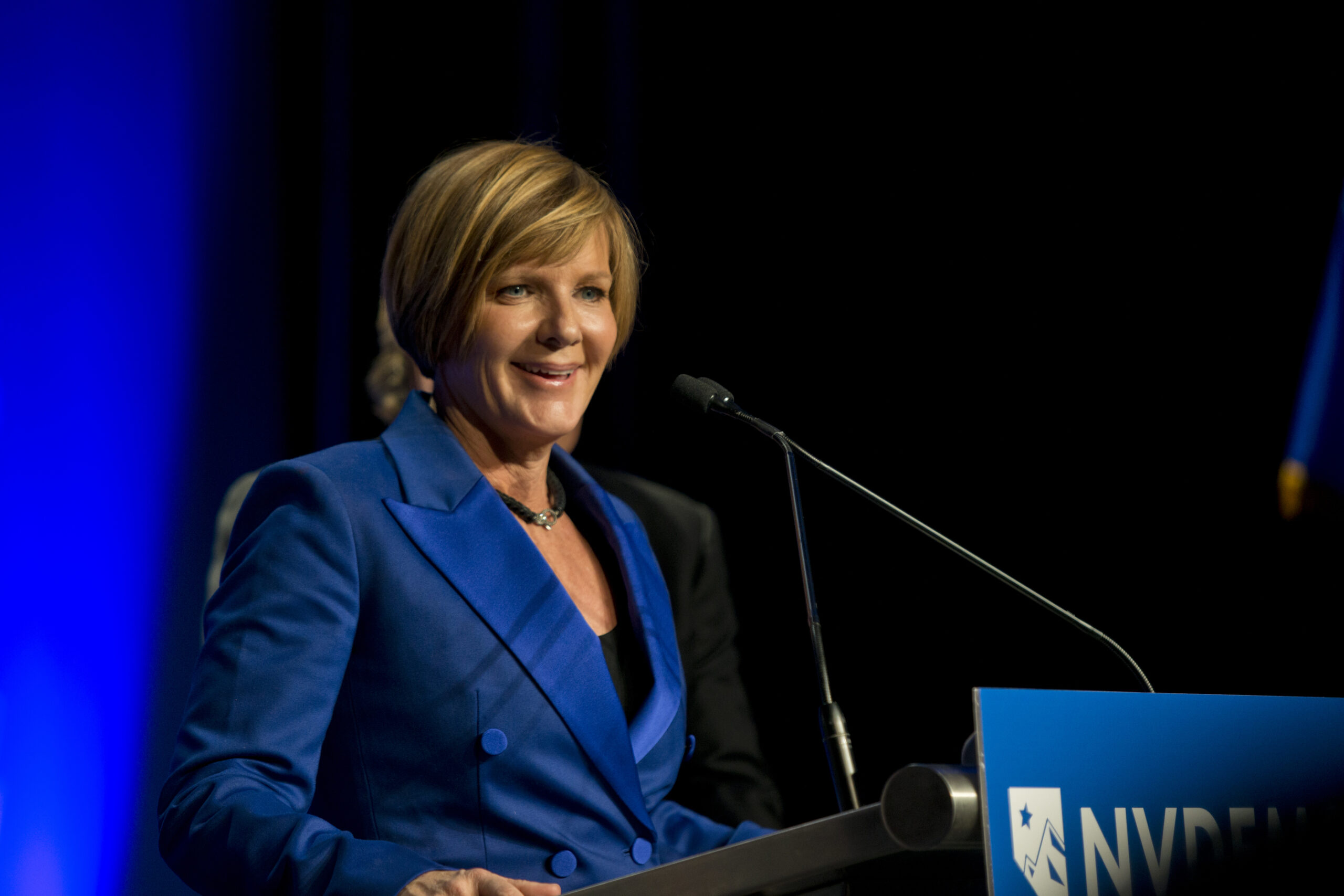 Democratic Rep. Susie Lee announced more than $620,000 in fourth-quarter fundraising on Monday, raising her cash on hand to nearly $1.79 million as the 2022 midterms draw closer.

The sum dipped below her third-quarter fundraising of $660,000, but marked a slight increase over her fundraising totals in the second quarter ($615,000) and first quarter ($607,000) of 2021. But those non-election year amounts lagged behind Lee’s fundraising in the final months before the last election, as she reported about $830,000 in contributions in the third quarter of 2020.

April Becker, a Republican challenger to Lee, raised about $200,000 in the fourth quarter, her campaign told The Nevada Independent. That amount brought her 2021 fundraising total to $845,000, an off-year record for a non-incumbent running in the district. (Lee raised approximately $2.5 million in 2021). The previous record was set by Lee in her first bid for the District 3 seat in 2017, when she raised $704,000 during the non-election year.

Becker, a real estate attorney who narrowly lost a state Senate bid in 2020, ended the year with $381,000 in her campaign war chest.

Details of the candidates’ quarterly spending were not immediately available, but will be released when their campaigns file their quarterly campaign finance reports with the Federal Election Commission, which are due by Monday, Jan. 31.

As Lee vies for re-election in historically swingy District 3 — which had a slim Democratic advantage in voter registration before state lawmakers reconfigured the boundaries during redistricting to include a more Democratic-leaning group of voters — four Republicans have entered the race.

Becker has so far distinguished herself from the other Republican primary contenders, outraising Malgeri and Kovacs in the third quarter.

Lee also faces one primary challenger in Democrat Randell Hynes, an Army veteran and software developer who told The Nevada Independent in an email that he raised $0 during the fourth quarter.

Nevada’s District 3, which encompasses the southern half of Clark County, including many of the Las Vegas metro area’s wealthiest suburbs, was redrawn in November and now stretches from the southern tip of the state to the northwest corner of Las Vegas. Prior to redistricting, Democrats held a 2.3-point advantage in voter registration over Republicans that increased to about 8 points under the maps approved in November.

Though control of the district switched between the major parties multiple times during the 2010s, Lee won the district in a 9-point landslide during the blue wave of 2018 and held onto the seat in 2020 following a 3-point win over Republican Dan Rodimer.