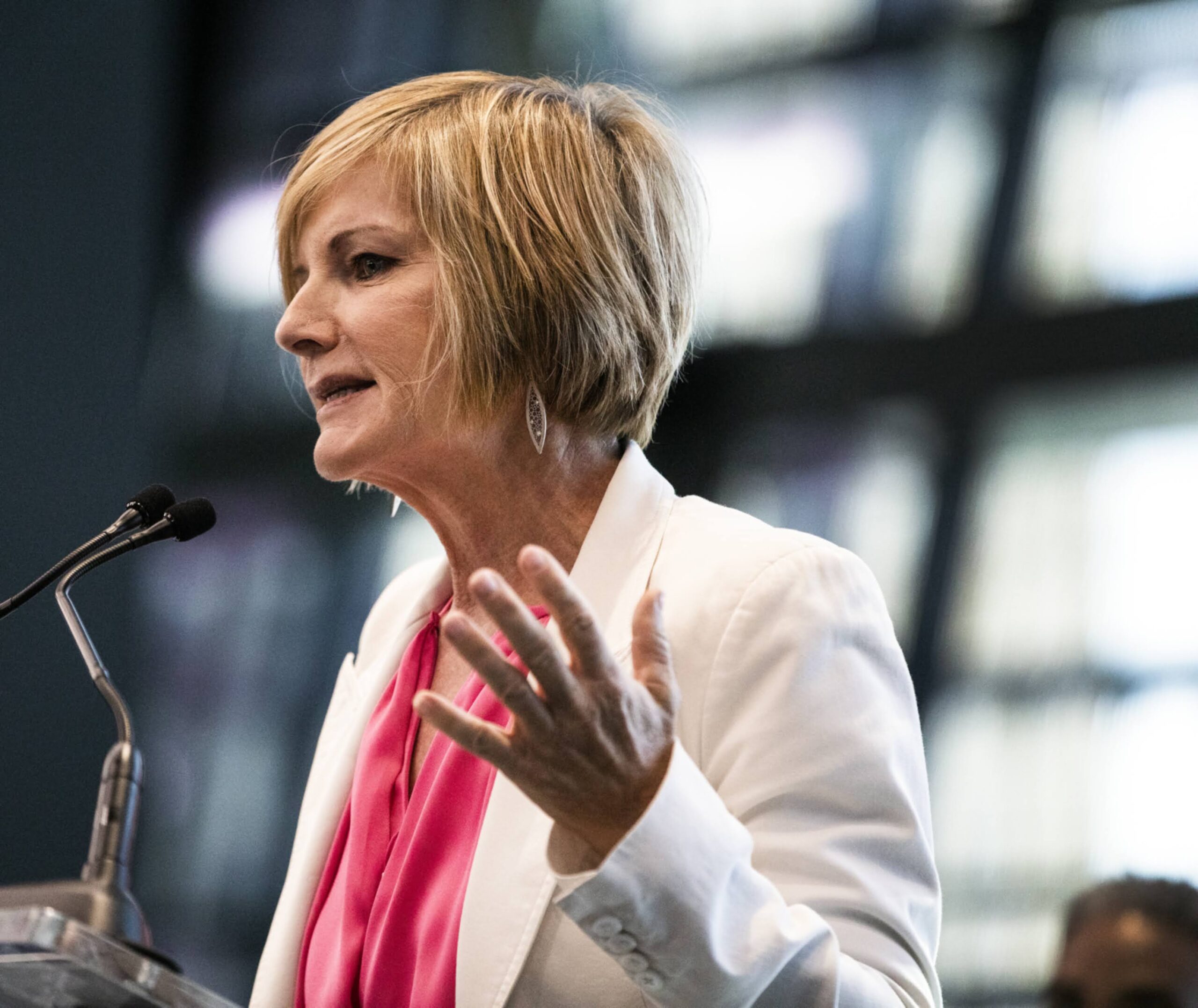 Democratic Rep. Susie Lee announced more than $1.1 million in second-quarter fundraising on Monday, pushing her cash on hand to more than $2.5 million as she stares down a challenge from Republican April Becker.

The haul, Lee’s highest this cycle, marks a second-quarter record for any congressional candidate in Nevada and highlights the competitive general election battle she faces as a vulnerable House Democrat in swingy Congressional District 3.

The Cook Political Report, Politico and others rate the race as a “toss-up,” and some political pundits have placed the race at the center of the fight between Democrats and Republicans for control of the House. Recent polling commissioned by Becker’s campaign indicated that likely general election voters were split almost evenly between the two candidates.

Lee’s $1.1 million in fundraising for the quarter includes $360,000 she reported raising in the pre-primary period, while the remaining fundraising of more than $700,000 came during the end of the quarter, stretching from May 26 through June 30. Further details of Lee’s fundraising and spending during that period are expected with the release of her quarterly campaign finance report with the Federal Election Commission (FEC), due by July 15.

That report is expected to reveal an uptick in spending from Lee, after the incumbent Democrat announced the launch of a $500,000 ad campaign in late June. The new television ad, Lee’s first of the cycle, attacks Becker on the issue of abortion, framing the Republican as a threat to a woman’s right to choose.

As Lee continues to post record fundraising totals for a Nevada congressional candidate, Becker will have significant ground to make up in the District 3 money race. After increasing her campaign spending ahead of her primary election victory in June, Becker last reported to the FEC that she had just $250,000 in cash on hand as of May 25.

The district’s leftward shift received a boost in November, when state lawmakers redrew the district boundaries during a redistricting special session to include more Democratic voters. But recent Republican gains in voter registration have once again narrowed Democrats’ advantage. They lead Republicans in the share of registered voters in the district by just under 6 points, which is still a jump from the roughly 2-point advantage Democrats held prior to redistricting.