Tarkanian sticks with Bannon, despite sharp criticism from Trump 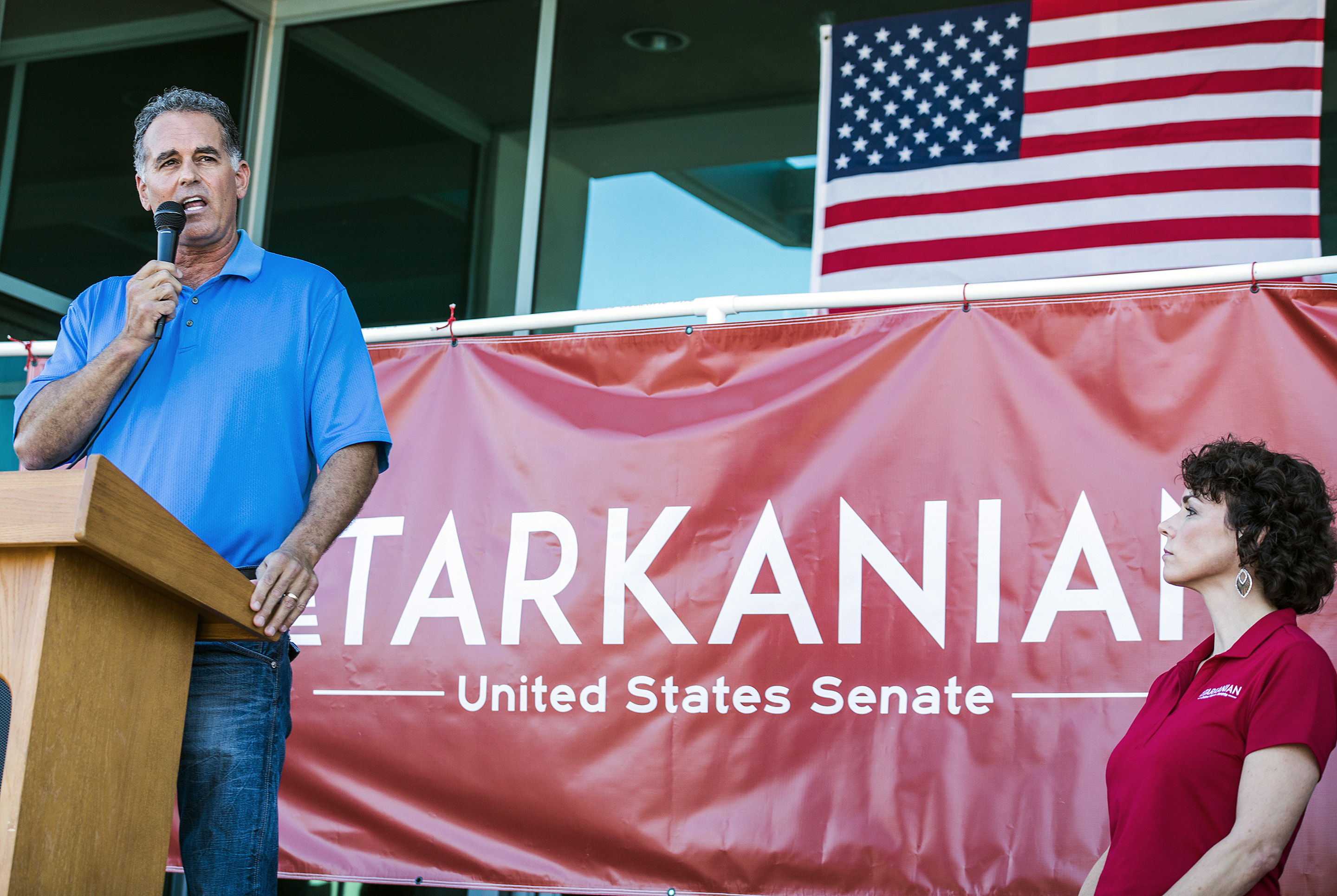 Republican Senate candidate Danny Tarkanian says he would continue to “welcome” the support of political strategist and Breitbart News head Steve Bannon, despite a public lashing by President Donald Trump after the release of a controversial new book.

In a statement, Tarkanian — challenging incumbent Republican Sen. Dean Heller — said he would continue his long-held support for Trump and would also welcome the support of Bannon, the president’s former political advisor who left the White House in August and whom Tarkanian called "my friend" in October.

After the publication of excerpts from a book published by New York columnist Michael Wolff on the first year of the Trump presidency included several critical statements from Bannon over Trump’s staff and family — including calling the president’s son “treasonous” — the president issued a statement panning the strategist and publisher as a self-promoter who “lost his mind” after being fired by the White House.

In a response, Tarkanian said the news was a “distraction” from the real reasons he entered the race — to support Trump in Congress.

“I supported the President before he was elected; I support him now, I will continue to support him after the primary, and most importantly I will support him after I am elected,” he said in an emailed statement. “The same cannot be said about Mr. Heller. And if Mr. Bannon chooses to support me in our effort to repeal and replace Dean Heller with someone who will truly have the President’s back, I welcome his support.”

The split between Trump and Bannon could mark an uncertain path forward for Tarkanian, who was one of few Republicans statewide in 2016 to continue supporting Trump after the publication of vulgar comments during a taping of Access Hollywood in 2005.

The Republican has centered much of his campaign on his support for Trump, while attempting to constantly highlight Heller’s uneasiness with the president during the 2016 election cycle. Tarkanian also welcomed help from Bannon, including touting his endorsement in a fundraising email and hosting a fundraiser last month with former White House official and Bannon ally Sebastian Gorka.

Other Bannon-backed candidates have distanced themselves after the president’s statement — Arizona Republican Kelli Ward’s campaign noted Bannon was ”only one of many high-profile endorsements” the candidate has received.

Heller’s campaign seized on the president’s remarks, saying in a statement that “Danny Tarkanian and Steve Bannon are frauds whose only skill is losing elections and costing Republicans seats.”

Tarkanian has unsuccessfully run for office five times since 2004, but has won several Republican primaries, including for the state’s competitive 3rd Congressional District. He lost to Democrat Jacky Rosen in that race by a 1 percent margin.