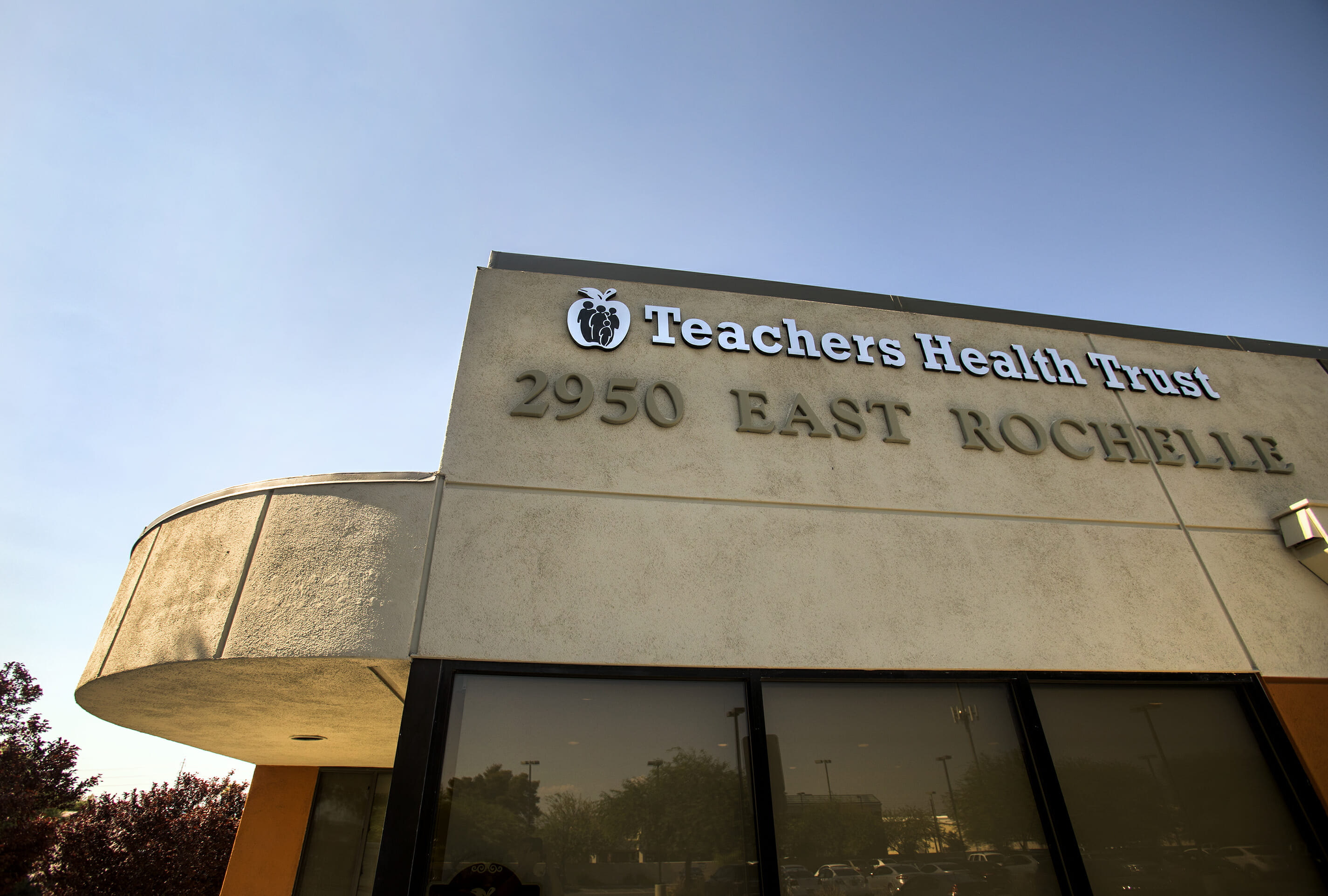 The nonprofit organization that provides health insurance for Clark County School District teachers filed a lawsuit last month against its former top brass, accusing them of a variety of misdeeds such as making unauthorized personal purchases, taking trust property and breaching confidentiality agreements.

The District Court lawsuit by the Teachers Health Trust comes amid a turbulent time for the financially unstable entity, which also has been dealing with a rocky rollout of a new health plan and business model.

The trust, which is overseen by a board that consists of licensed educators, filed the complaint June 30 against its former chief executive officer, Gary Earl; former director of operations, Philip DiGiacomo; former chief financial officer, Felipe Danglapin; and former administrative employee, Michael Ielpi.

Attorney Andre Lagomarsino, who’s representing the defendants, denied the accusations outlined in the lawsuit. He said the men were terminated after serving as whistleblowers and alerting the school district to financial mismanagement perpetrated by the trust’s board.

After learning of the defendants’ plans to file a lawsuit, “the trust preemptively filed this lawsuit and included a lot of allegations that are simply not true,” Lagomarsino said.

The 20-page lawsuit accuses Earl of being a “Svengali-like figure” to his co-defendants, stating that he frequently disclosed confidential board discussions and deliberations with them as well as undermined the trustees.

“For example, using the phone provided to him and paid for by the Trust, Earl in text messages exchanged with the co-Defendants referred to the Board’s Chairperson, Michael Steinbrink, by the nickname ‘Stink-Brink’ and called him a ‘pussy,’ according to the court document. “Following a Board meeting, Earl sent a text message to DiGiacomo telling him that he wanted to ‘punch’ a Board member in the face for allegedly disrespecting DiGiacomo.”

The lawsuit goes on to detail Earl’s other alleged indiscretions such as using trust equipment to send text messages laced with sexual innuendo and references to excessive drinking and drunkenly falling asleep at a business dinner where he was representing the trust. The latter incident led to Earl being placed on probationary status in May 2016 — just two months after he was hired as CEO.

An outside health care expert reviewed trust operations in late 2016 and early this year, resulting in “commentary highly critical of Earl’s performance and leadership style,” the lawsuit states. The trust alleges the report triggered an “‘us’ versus ‘them’ mentality” with respect to the defendants and board members.

The group used trust credit cards to pay for meals, alcohol and personal gifts at bars, restaurants and casinos they visited together, according to the lawsuit.

“They developed an extremely close personal relationship and spoke of their ‘love’ for each other, ‘brotherhood,’ and ‘family’-like relationship,” the complaint states. “They promised to be loyal to each other and have each other’s back.”

The apparent undoing, the lawsuit alleges, occurred in April when the school district requested “Trust proprietary and confidential census data” as part of ongoing negotiations with the Clark County Education Association. The lawsuit alleges that the defendants ignored instructions from the board and released that information to the school district.

The information could allow the school district to “gain leverage” in the negotiations and possibly help it dissolve the health trust and insure teachers through the commercial marketplace, the lawsuit states.

The lawsuit outlines the following timeline that occurred shortly thereafter:

Earl’s firing, however, came a day after Lagomarsino sent a letter to the board announcing his representation of the four trust employees.

“Specifically, my clients have whistleblower protection arising out of their knowledge and disclosure of unethical and illegal activities that have occurred, and are occurring, at The Trust,” Lagomarsino wrote in the letter dated May 4. “It is my clients’ intention to continue their employment at The Trust. However, the work environment has already deteriorated to a point where retaliatory discharge and constructive discharge are possible.”

A year earlier, the board had instructed Earl to eliminate any existing at-will employment agreements but not terminate the employees, who could continue working without a written contract. The lawsuit states that Earl never did so and “intentionally misrepresented” to his co-defendants that the board wanted to fire them.

As a result, the board made payments to Danglapin and DiGiacomo that it wouldn’t have been required to had the at-will contracts been terminated, the complaint states.

The lawsuit seeks injunctive relief that would force the defendants to return trust documents and property as well as damages totaling at least $40,000 and reimbursement of legal fees.

The trust released the following statement through its attorney, Laura Thalacker, on Monday afternoon:

"The Board of Trustees of the Teachers Health Trust is comprised of unpaid teacher volunteers who devote substantial personal time and their best efforts to carrying out the Trust’s mission to ensure the highest quality health care for Clark County teachers and their families. The Board has acted in the Trust’s best interests and strongly disputes any characterization to the contrary.  The Trust is confident that the truth will come out in court.”

The trust declined to provide further comment on the pending litigation, noting that the lawsuit “speaks for itself.”

John Vellardita, the executive director of the teachers union, declined to comment on the litigation Monday morning. But the union issued a statement on its website acknowledging the lawsuit.

“We want to assure all participants of the THT plan that there will be no disruption or change in their healthcare services,” the CCEA bulletin states. “THT continues to maintain its regular business operations under the leadership of the Interim Chief Operating Officer Ms. Kim Phillips.”

The fate of teachers’ health care is a key part of ongoing labor negotiations with a mediator between the school district and the union. An arbitration hearing is scheduled for Aug. 21 through Aug. 23.