That’s AG, as in ‘Adelson’s Gofer’ 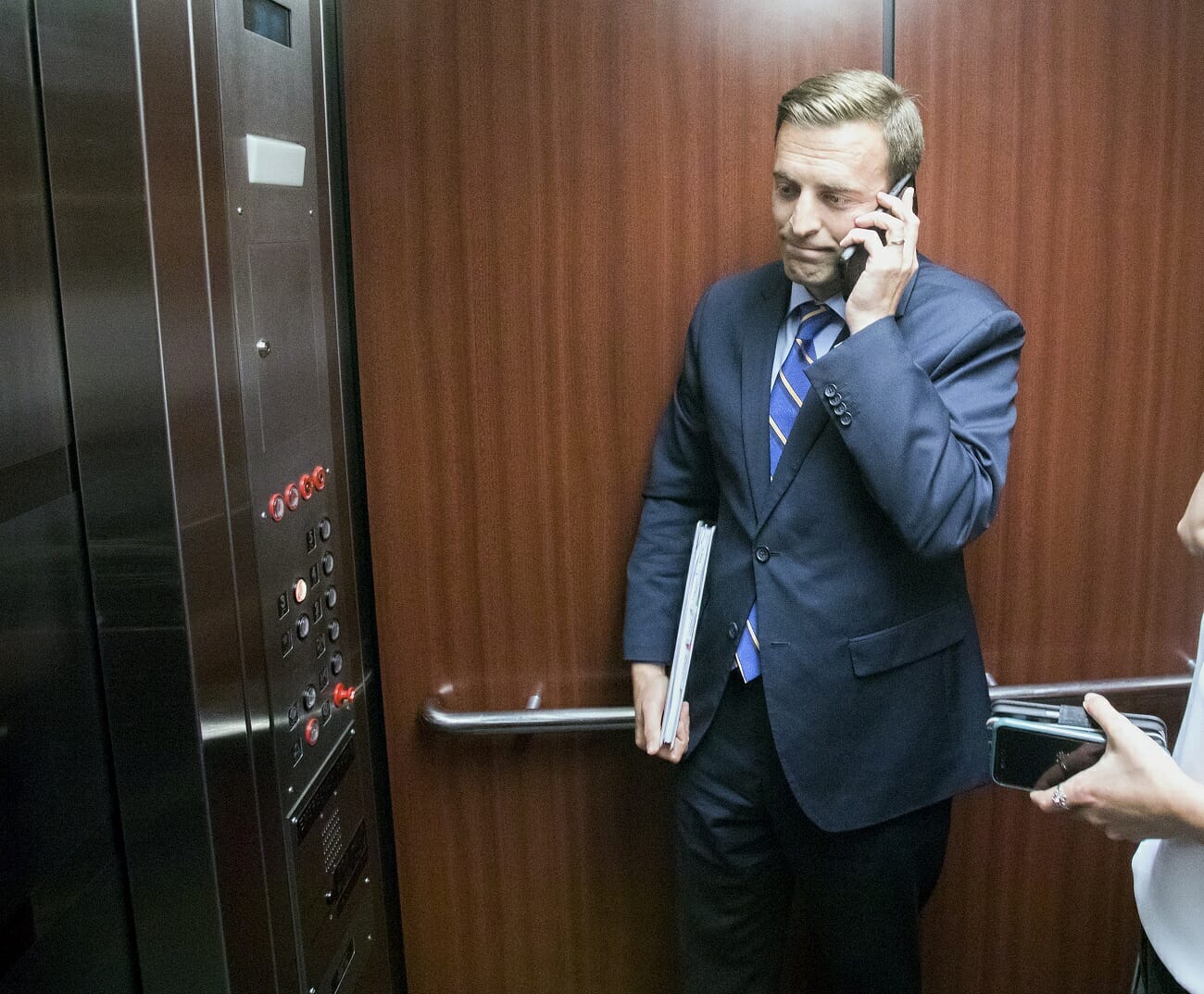 The office once considered a launching pad for Laxalt’s inevitable gubernatorial run now appears too heavy an ethical lift for the AG, which for the purposes of today’s discussion stands for “Adelson’s Gofer.”

Laxalt has been on the defensive since The Nevada Independent broke the blistering news that he’d met privately in 2016 with Gaming Control Board (GCB) Chairman A.G. Burnett in an attempt to have the state casino regulator file a friend-of-the-court brief in a contentious civil suit involving Las Vegas Sands and its mercurial CEO against former executive Steven Jacobs. The wrongful termination suit, later settled for a reported $75 million, was riddled with potentially devastating evidence against the casino giant.

Burnett was so alarmed by Laxalt’s persistence and the troubling timing of the approach -- while Sands was at the state Supreme Court attempting to oust the lawsuit’s presiding District Court Judge Elizabeth Gonzalez -- that he secretly recorded the conversation. The gaming regulator later turned over the recording to the FBI, which found no violation of federal law.

Laxalt has claimed he was only providing a constituent service of the kind performed by his predecessor, but he was comparing apples to oranges and declined to mention that his office had already written an opinion that the GCB should butt out.

The shoddiness of Laxalt’s judgment was apparent to nearly everyone but his friends at Adelson’s newspaper and rooting section at the Legislature. After initially ignoring the story, the Las Vegas Review-Journal wrote off the ethical breach to partisan politics. Republican state Sen. Michael Roberson, who knows a thing or two about partisan politics and playing water boy to the wealthy, accused Burnett of being a “rogue regulator.”

The trouble for Laxalt’s lancers is that Burnett actually possesses something now suspected to be lacking in the AG -- impeccable ethics. That’s why Gov. Brian Sandoval, who has his own political future to look after, felt so comfortable standing up for Burnett and the state’s gaming regulators.

Some of the AG’s acolytes will cluck that the result of the meeting was a finding of no violation of federal law, and that an official transcript of the meeting released Tuesday backs that up. Indeed it does. Laxalt didn’t cross the line, but a review of the transcript shows an unsupportable persistence in the face of a highly controversial lawsuit.

And that places Laxalt in an obsequious light. From the transcript, excerpts of which were placed in wide circulation by the state Democratic Party: “It’s a tough request, and that’s why I’m having the one-on-one conversation with you. And they’re asking me—they’ve asked you, I’m following up with you and seeing where we are on this thing. I think it is a challenging request because it will look like the Sands is getting a special thing.”

Well, Mr. AG, that’s because the Sands was trying to get a special thing. It was attempting to remove a judge by any available means, including sliming her character. It was trying to prevent public dissemination of potentially damaging documents whose existence was already well reported. Despite that multimillion-dollar settlement, the issues raised in the case in connection with the company’s business relationships and ethics in Macau continue to reverberate.

But the reason was obvious. The clock was ticking, and Laxalt was clearly responding to his master’s voice.

Whether Laxalt lacked the strength of character necessary to say no to his biggest contributor is sure to be a topic of discussion at this week’s legislative airing of that no longer secret meeting. His actions have raised critical questions about whether the control board needs to start maintaining independent counsel to insulate it not only from politically heavy handed casino licensees, but from Adelson’s Gofer as well.

If only the AG represented common citizens with half as much zeal.

Disclosure:  Smith was once sued by Adelson for libel. The suit was later dismissed with prejudice. Smith left the Adelson-owned Las Vegas Review-Journal last year after he was told he could not write about Adelson or Steve Wynn. Smith is a longtime Las Vegas journalist and author. Contact him at [email protected]. On Twitter: @jlnevadasmith.

Feature photo: Attorney General Adam Laxalt rides an elevator after a legislative hearing at the Grant Sawyer Building on Wednesday, May 210, 2017. Photo by Jeff Scheid.