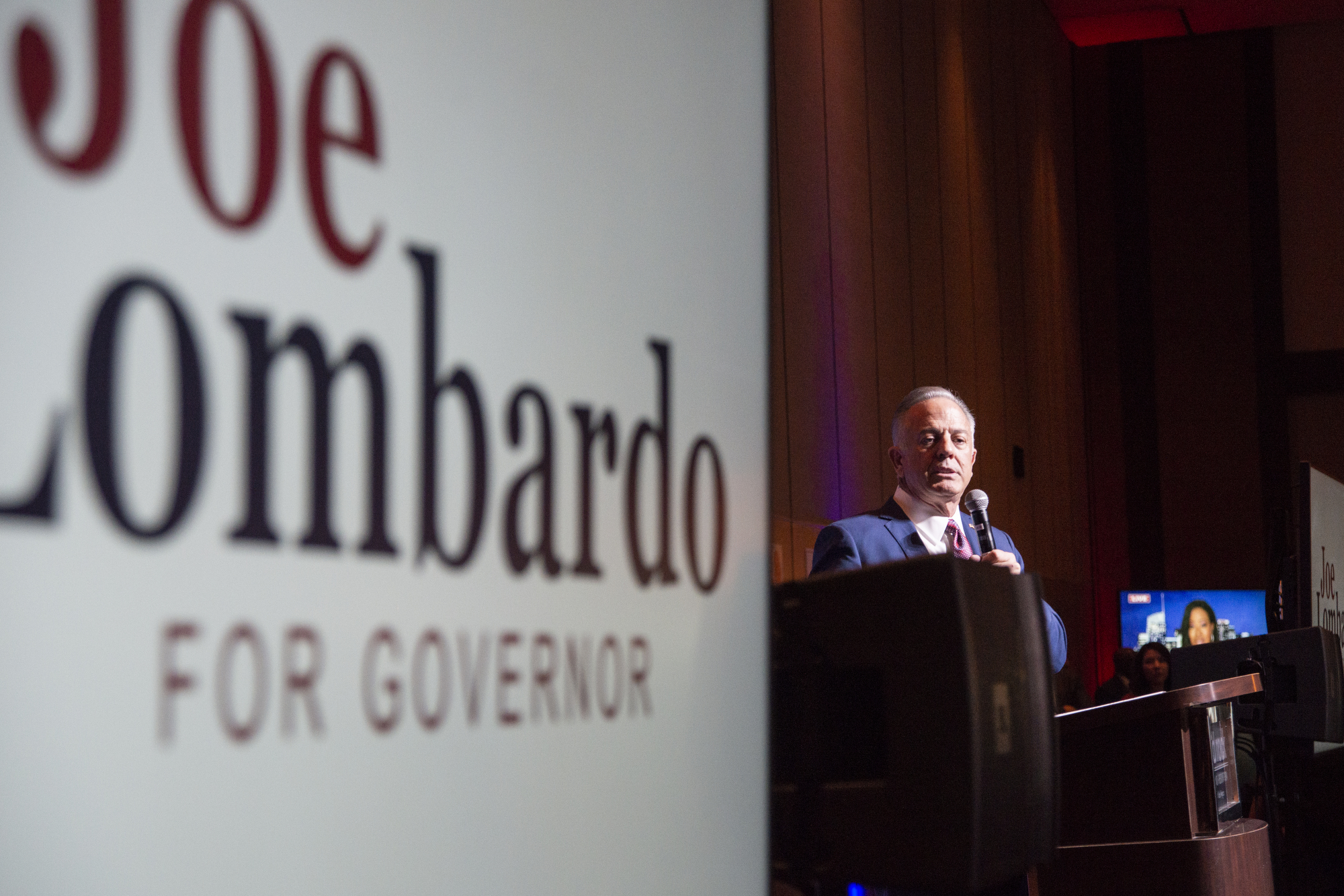 For election updates and race calls, check out our live blog here.

Nevada’s top races remain too early to call with tens of thousands of ballots left to count, but the latest results in the state’s 2022 midterm elections saw Republicans Adam Laxalt and Joe Lombardo slightly ahead of their Democratic opponents in tight senate and gubernatorial races.

Still, results will not be clear until outstanding mail ballots (expected to heavily favor Democrats) dropped off or postmarked by Election Day are counted — a process that could take several days. Election officials in both Clark and Washoe counties, which account for nearly 90 percent of the state’s voters, announced late Tuesday that they would not begin counting such mail ballots until Wednesday. In Washoe County, officials received more than 18,000 mail ballots on Election Day, county turnout data shows.

As of early Wednesday morning, officials in Clark County had not announced how many yet-to-be-counted ballots were received on Election Day, either through the mail or drop boxes. In Washoe County, officials said last night they received more than 16,000 mail ballots from those sources on Tuesday. Additional mail ballots postmarked by Election Day and received through Saturday can also still be counted.

Republicans saw a huge wave of support from rural voters. In Elko County, for instance, Laxalt roughly matched former President Donald Trump’s vote share — 77 percent to 19 percent — in the 2020 election. That support could buoy GOP candidates in the face of a wave of mail ballots expected to favor Democrats.

Still, Republicans secured a victory on Tuesday night, as The Nevada Independent called the Congressional District 2 race for Republican Rep. Mark Amodei, who has represented the Northern Nevada region since 2011.

The state’s other House races remained too early to call, though Democratic District 4 Rep. Steven Horsford ended the night in a stronger position than incumbents in neighboring Districts 1 and 3. In District 3, Democratic Rep. Susie Lee, considered to be one of the country’s most vulnerable congressional incumbents, held a narrow lead over Republican April Becker. In District 1, Democratic Rep. Dina Titus carried a slightly larger lead over her Republican challenger Mark Robertson.

With no clear winners after the first few batches of results, top candidates from both parties avoided any outright declarations of victory on election night.

Cortez Masto and Sisolak addressed their supporters Tuesday evening from the Nevada Democratic Victory watch party in Las Vegas. Though they expressed optimism based on early returns showing them leading in populous Clark County, they refrained from declaring victory.

“We need to be patient to make sure that everyone’s voice is heard in the next few days,” Sisolak said.

Cortez Masto, whose seat could determine control of the U.S. Senate, thanked supporters and volunteers for their help in the final stretch.

“I am so grateful for all of you for being here and for standing with us here in Nevada,” she said. “We are not done yet. Here’s one thing I know: Our positive energy got us to where we are today, and we are going to make sure that positive energy continues to flow this week.”

“We’re in for a long night and maybe even a few days into this week as all the votes are tabulated,” Laxalt said while his wife stood next to him. “But we’re confident that the numbers are there, and we’re going to win this race.”

In a speech at the same GOP watch party in Las Vegas, Republican Joe Lombardo described the situation more bluntly: “We don’t know anything yet.”

But Lombardo, whose birthday coincided with Election Day, remained hopeful, noting, “I anticipate you’re going to be calling me Governor Lombardo in a couple of days.”

Reporters Jannelle Calderon and Naoka Foreman contributed to this story.