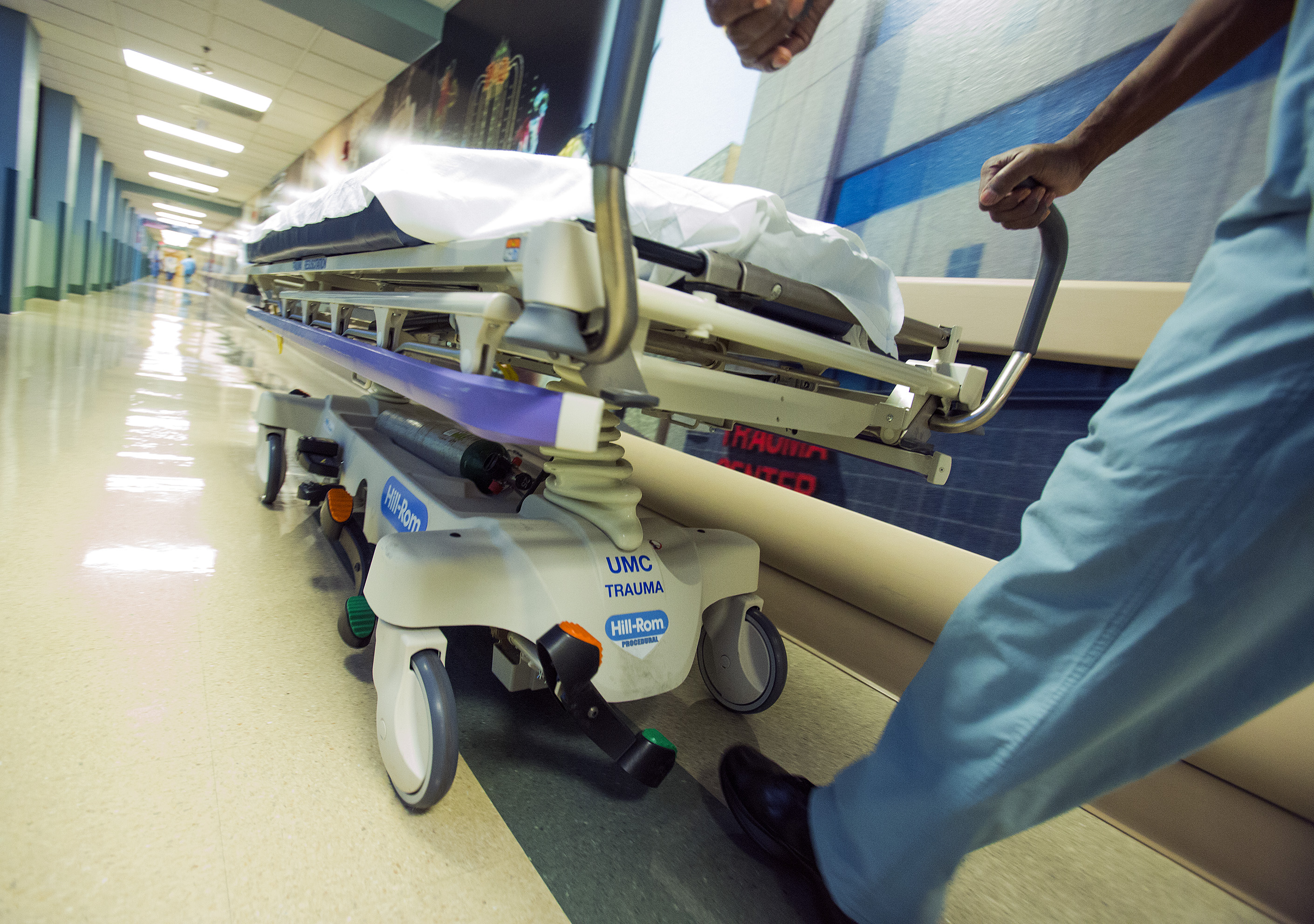 Gov. Brian Sandoval signed an executive order Monday afternoon declaring a state of emergency in Clark County and allowing out-of-state medical personnel to come to Nevada to assist with the ongoing response to a mass shooting on the Las Vegas Strip Sunday night that left more than 50 dead and more than 500 injured.

Facing a crush of victims, Las Vegas’s only level two trauma center, Sunrise Hospital and Medical Center, requested Monday morning to be allowed to bring in various medical personnel from out-of-state to assist with its ongoing efforts through some sort of waiver of the traditional licensing process for visiting health-care professionals. Sunrise Hospital has treated 180 patients injured in the mass shooting, including 14 that have died.

Under the executive order, any medical professionals licensed in the United States who are in good standing can come to Nevada to offer their assistance with the traditional licensing requirements temporarily waived. The governor’s chief of staff Mike Willden said Sunrise's parent company, the Hospital Corporation of America, has teams of physicians and nurses standing by at sister hospitals in states such as Kentucky, Ohio and Utah.

“We’ve got doctors and nurses and other licensed medical personnel who have been working around the clock, nonstop, in probably the most intense environment that you can ever imagine. They’re tired. They’re human,” Sandoval said Monday afternoon. “And so this will allow for other doctors and nurses and licensed medical personnel from other states to help out.”

The Nevada Hospital Association said Monday morning that it was working with Sunrise, HCA and the state to facilitate the waiver process. In the wake of Hurricane Harvey, Texas’s office of the governor temporarily suspended all necessary statutes and rules to allow out of state health-care providers to practice in the state.

“Obviously in this situation where we have this many patients needing care, we need all the medical personnel that are available,” said Amy Shogren, NHA’s director of communications and administration.

In an email later Monday, Shogren noted that NHA had worked to facilitate the request to the governor’s office on behalf of all the organization’s members, not one particular hospital.

"Our association is helping to facilitate the request with Governor Sandoval’s office to declare a State of Emergency allowing licensed health-care professionals from across state lines to immediately provide care in Nevada and also to allow for federal funding support," Shogren said. "This is a manner of public health and beneficial to all of our Las Vegas members during this time of crisis."

University Medical Center, Nevada’s level one trauma center, is fully staffed with no issues, according to hospital spokeswoman Danita Cohen.

The state has long grappled with a physician shortage, which is particularly pronounced in certain subspecialties. Nevada has about 50 fewer physicians per 100,000 residents than the national average and routinely ranks at the bottom of lists for the number of doctors it is home to compared to the size of its population.

Updated on 10-2-17 at 1:42 p.m. to include additional comments from the Nevada Hospital Association.