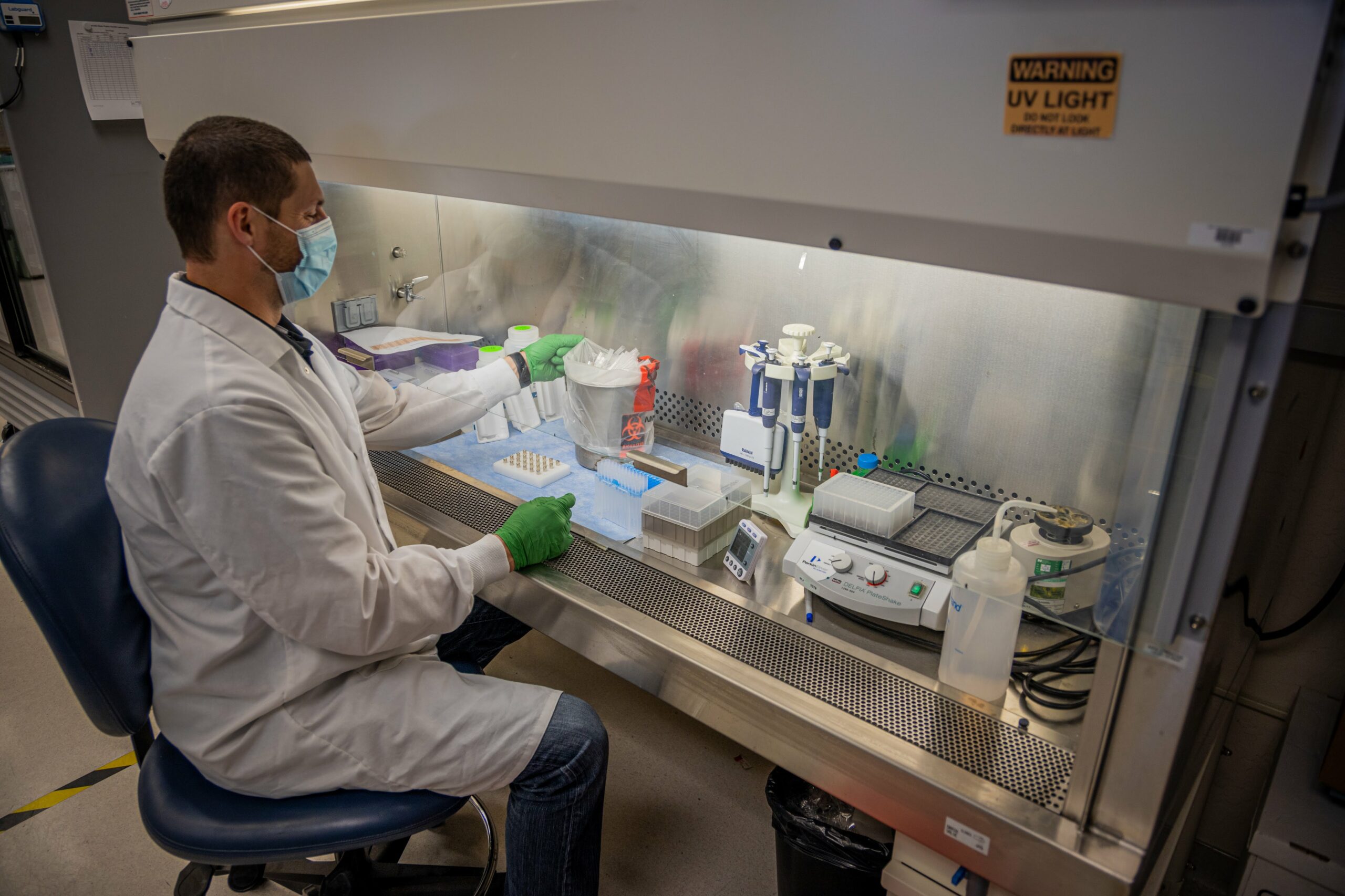 Researchers with UNR’s School of Medicine and the Nevada State Public Health Lab are studying what they have described as a “likely” case of COVID-19 reinfection in a Washoe County resident.

According to the researchers’ findings, a 25-year-old patient from Reno tested positive for COVID-19 at a community-based testing event on April 18 held by the Washoe County Health District after developing symptoms consistent with the virus in late March. After his symptoms resolved and two negative tests, he again developed symptoms in late May.

Fever, headache, dizziness, cough, nausea and diarrhea gave way to a lack of oxygen, and the patient was admitted to the hospital on June 5. He tested positive for COVID-19 again the following day, 48 days after his first positive test.

University researchers analyzed the patient’s specimens from the April and June tests and concluded that they have “degree of genetic discordance that cannot be explained reasonably through short-term in vivo evolution.” In short, they found that the two specimens were so genetically distinct that the differences were unlikely to be explained by the result of the virus mutating in the patient’s body.

Researchers also said that they worked with the Washoe County Sheriff’s Forensics Laboratory to confirm that the two samples indeed came from the same patient. They found there was a 1 in 53.48 septillion chance of the samples being from different people.

“It is just one finding, but it shows that a person can possibly become infected with SARS-CoV-2 a second time,” Dr. Mark Pandori, director of the Nevada State Public Health Lab, said in a statement.

The announcement comes on the heels of the first documented coronavirus reinfection in Hong Kong earlier this week. In that study, a 33-year-old man was infected a second time with COVID-19 four months after initially contracting it but showed no symptoms the second time, suggesting to researchers that while his immune system didn't prevent reinfection, it did help the virus manifest in a more mild form.

Akiko Iwasaki, an immunologist at Yale University, tweeted that Hong Kong findings showed no "no cause for alarm" and that the case was "a textbook example of how immunity should work." The Nevada study, however, stresses the need for people who have recovered from COVID-19 to continue to wear masks and social distance in case the illness is worse the second time around, she told The Nevada Independent on Friday.

"In this case, unfortunately, his immune system didn’t protect him from disease," said Iwasaki, who was not involved with either study. "I don’t know why this is the case but I do hear there are other cases of re-infection with disease outcomes."

The findings of the Nevada patient have been published on a preprint server, meaning that they have yet to go through the rigorous peer review process required to be published in a scientific journal.

Though Pandori noted that the findings cannot be generalized to the general population, they may have implications on both the efficacy of an eventual vaccine and herd immunity, the concept that a population becomes an immune to the virus once a significant percentage of people have been exposed to it.

“After one recovers from COVID-19, we still do not know how much immunity is built up, how long it may last, or how well antibodies play a role in protection against a reinfection," Pandori said.