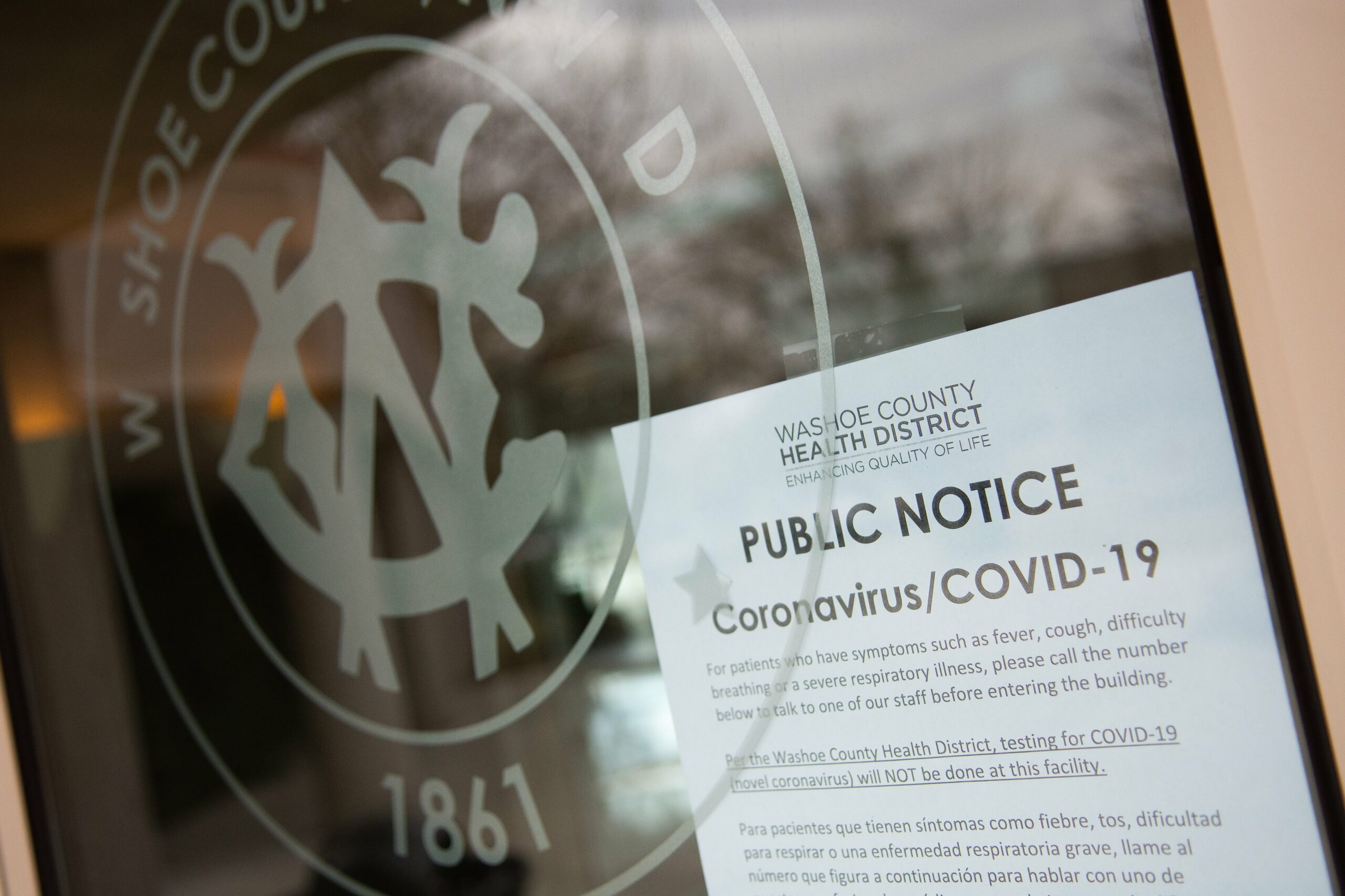 Public gatherings in Washoe County will once again be limited to 50 people starting next week after Nevada’s COVID-19 Mitigation and Management Task Force voted in an emergency meeting on Thursday to approve the county’s plan to stem the rising tide of coronavirus cases.

Under Washoe County’s plan, the limit on public gatherings will be reduced from 250 people to 50 people, with requests for larger outdoor events reviewed and approved on a case by case basis, starting Nov. 5. The move reverts Washoe County back to the standards that were in place last month before Gov. Steve Sisolak announced a loosening of restrictions on public gatherings.

The county, which is currently being hit harder by COVID-19 than anywhere else in the state, had already placed a 30-day moratorium on approving any events larger than 250 people, as is allowed under Sisolak’s latest directive on public gatherings, subject to local health district review, but the Thursday vote returns the county fully to the previous standards.

“We think that reduction in the gathering size is an important step to take at this point with the level of disease transmission that we have going on,” Washoe County District Health Officer Kevin Dick told the task force.

“Any instance where you could have a discrete event that caused increased transmission, that’s actually going to cause a trickle effect that has a much bigger impact than just a spike,” Morgan said. “I think sometimes we think of an event and we look for a spike that’s going to follow it. It doesn’t necessarily have to be a spike.”

Though the number of COVID-19 cases is increasing statewide, Washoe County is currently experiencing the most significant COVID-19 case growth in the state, with 689 cases per 100,000 residents reported over the last 30 days and a test positivity rate of 9.8 percent. Washoe is also the only county that has made the state’s list of counties at risk for the elevated spread of COVID-19 for the last five weeks in a row.

Dick said the region’s testing and contract tracing infrastructure has struggled to keep up with the elevated level of disease transmission, despite preparations that were made as the state started reopening businesses earlier this year.

At the same time, the Nevada State Public Health Lab, which processes Washoe County’s COVID-19 tests, has reported a backlog as it has struggled to keep up with increased demand for testing, exacerbated by issues securing certain testing supplies and the burden of running tests for the Department of Corrections. Mark Pandori, head of the Nevada State Public Health Lab, said that corrections-related testing has taken up about 50 percent of the lab’s capacity.

“All of the theoretical sort of guidance around what we needed to reopen and how testing and contact tracing was going to work, was based on keeping a low level, a very low level of cases and being able to contain any outbreaks that occur,” Dick said. “With the level of disease transmission that we're seeing in Washoe County and we’re seeing across the state, there are real severe limitations of what we can achieve.”

However, Dick said that testing and contact tracing work won’t be able to continue at its current level — let alone ramp up — without additional funding.

“Based on what we’ve ramped up to now with our response, we project that we’re going to spend through that money within the first six months of calendar year 2021,” Dick said. “It’s going to be very important that we see some success with the federal stimulus efforts and the additional funding from the federal government provided for the testing and contact tracing efforts.”

In addition to the limit on gatherings, the county plans to boost enforcement of COVID-19 health and safety protocols at local businesses, focus on community-based testing at the city level, target testing in key ZIP codes experiencing significant outbreaks and continue its “Mask On, Move On” public awareness campaign.

The task force asked the county to work with some of its members over the next week to establish measurable steps and goals for those mitigation measures, including setting targets for how many businesses should be inspected as part of the enhanced enforcement campaign and making concrete plans for community-based and spot testing. They also plan to work on identifying additional funding streams that could be used to support testing and contact tracing efforts.