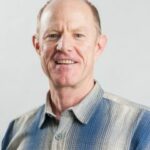 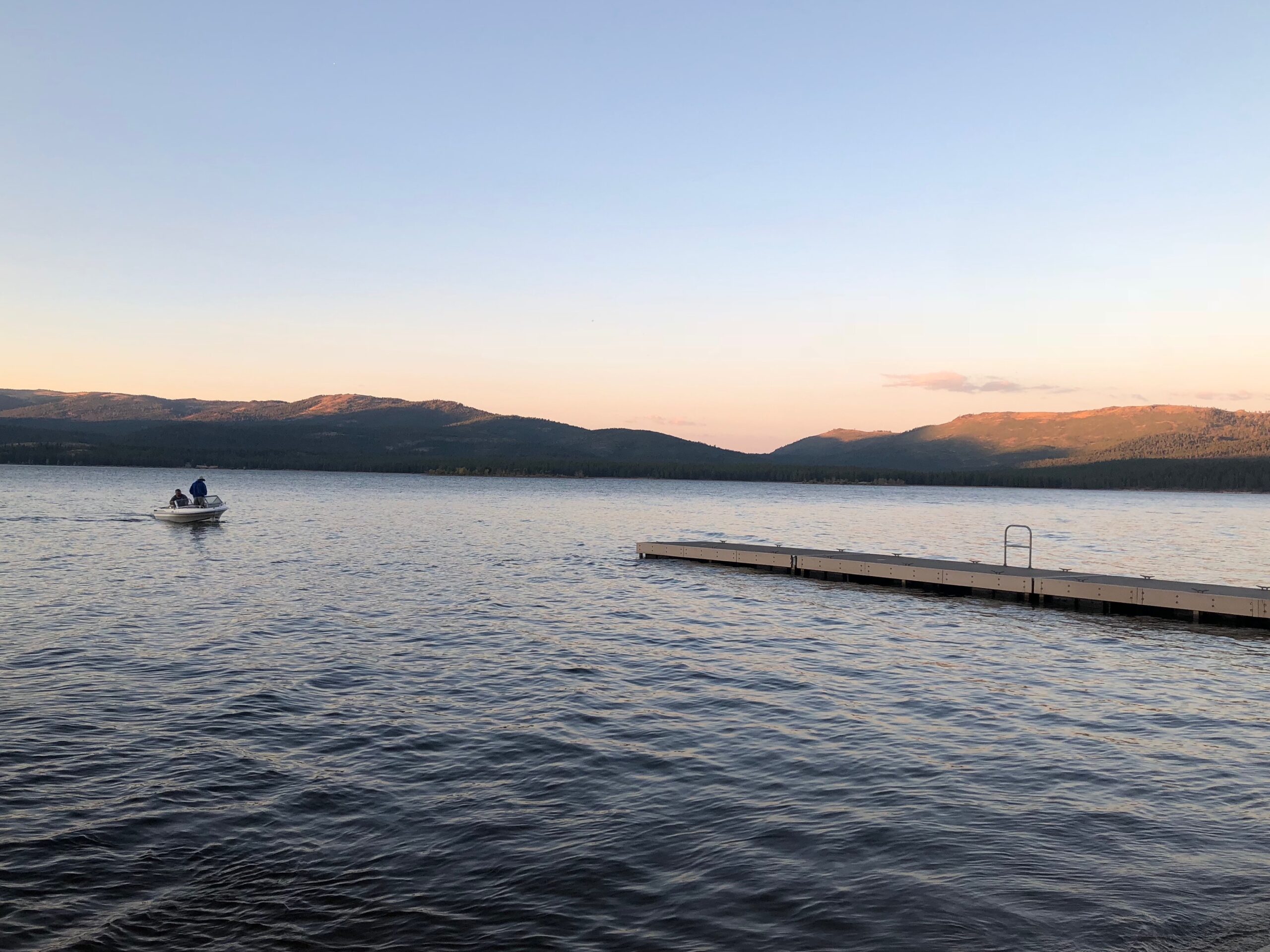 “Water is not a constraint to growth,” according to EDAWN (Economic Development Authority of Western Nevada) Director Mike Kazmierski. But the hard truth is that the Sierra Nevada snowpack is in control of our regional water supply, not EDAWN. And, according to new research by the Lawrence Berkeley Lab, most of the Sierra Nevada snowpack will likely be gone by 2050 because of climate change and drought.

We are told by regional water managers that we have enough water rights to fuel growth in the Truckee Meadows and nearby valleys for the next 50 years. But when they refer to water rights as a basis for identifying sustainable water resources, these officials are either unaware of what they are talking about or are intentionally trying to mislead. A water right is a piece of paper that represents water. It does not provide any real water unless the water associated with the water right is actually available. A Truckee River water right means nothing if the Truckee River is dry.

The Comprehensive Regional Water Management Plan for Truckee Meadows and nearby valleys that was prepared and adopted by the Western Regional Water Commission for 2016-2035 speaks to the critical issue of identified, sustainable water resources for the Truckee Meadows Regional Plan. Chapter 2 of the water plan is entitled “Water Resources,” and Table 2-1 in chapter 2 in the 2016-2035 water plan (entitled “Water Resource Baseline Table for Washoe County”) is critical to understanding how much identified, sustainable water may be available today and in the future.

The plan is being updated to a 2021-2040 time span, and the updated draft plan contains the same table. In both plans, the estimated amount of sustainable water resources is set at 217,978 acre-feet per year (af/y — an acre-foot is enough water to fill one acre of land to a depth of one foot). The problem with that number is that it includes reliance on water resources that are, at best, questionable.

Our region's water purveyor, the Truckee Meadows Water Authority (TMWA), wants to export water from places like the Smoke Creek Desert, a magnificent  desert oasis just north of Pyramid Lake. This would mimic the Honey Lake project that Vidler Water, now owned by D. R. Horton, the nation’s largest homebuilder, spearheaded in the early 2000s. In a nutshell, TMWA’s plan is to suck deserts dry. And they are not alone. The tech company Blockchains purchased considerable water rights near Pyramid Lake in the San Emidio and Hualapai basins that could also see their water exported to support regional growth. This is not sustainable. Groundwater in that desert, which is connected with Pyramid Lake, must remain in the desert.

The bottom line is that the 217,978 af/y number is far too high given that the water resources it relies on have not been shown to be sustainable. A more reasonable number for planning purposes would be, at best, 200,000 af/y available for the Truckee Meadows and adjacent valleys.

Some of the local elected officials responsible for that plan tried to hide its build-out population. A question (WC-3) was then placed on the November 2008 Washoe County ballot asking voters if they wanted the plan to be based on identified, sustainable water resources in Washoe County (i.e. 200,000 af/y). Yes, the voters said; the ballot question passed with 73 percent approval.

As a result, local elected officials were tasked by the voters with changing the Truckee Meadows Regional Plan to a maximum build-out population of approximately 600,000 people, not 1.2 million. But local elected officials refused to implement the standard set by the ballot question: They did nothing to change the Truckee Meadows Regional Plan’s land use to accommodate 600,000 people.

It is reasonable to say that based on the water plan, the proposed updated water plan and our actual water resources, there are not enough identified, sustainable water resources to accommodate more than a million people. In fact, given drought and climate change, we likely will not have enough identified, sustainable water resources for even 600,000 people. (We are getting somewhat close to the 600,000 number already; it is estimated there are approximately 485,000 people living in the Truckee Meadows and adjacent valleys at this time.)

The southwest U.S. is experiencing the worst drought in 1,200 years. Not since the time of the Anasazi has the region seen such dryness and associated devastation. And yet, our regional water purveyor, the Truckee Meadows Water Authority, says no further conservation measures are necessary because saved water can’t be used for new growth and development.

My eyes were first opened on that point when I was visiting with the late Elmer Rusco outside my house in old southwest Reno in the mid-1990s. He asked me about the water sprinkling the sidewalk and going into the gutter. I told him that I didn’t have a water meter, because I didn’t want to save water for the purpose of hydrating new subdivisions in the desert. He told me to think of the water I didn’t use as staying in the Truckee River and going to Pyramid Lake. I changed my mind about water meters and water conservation right then and there.

Fast forward to the recent retirement of Jeff Kightlinger, one of the most respected water managers in the west, from his job directing the largest and most influential water authority in California for 15 years (the Metropolitan Water District of Southern California). In an interview with the New York Times, Kightlinger sounded the alarm about California crossing the “permanent threshold of crisis.” He said recently announced strict water conservation measures for California will not be enough to avoid a water supply crisis.

Kightlinger’s concerns are a 180 degree difference from Truckee Meadows Water Authority concerns. And some of the same folks who are telling us not to worry about our water supply are lobbying full force for the Washoe County sprawl/lands bill, which will allow developers to convert wild and open spaces in places like the Pah Rah Range to suburban sprawl. Part of the bill, now before Congress, will also allow additional tax-subsidized Tahoe-Reno Industrial Center-like entities, where billion-dollar corporations pay reduced rates or nothing in property or sales taxes. Instead, you and I will continue paying for the schools, roads, public safety and other infrastructure needed to support the businesses and population created by the $2.1 billion in tax subsidies to these and other corporations.

The forces driving unprecedented growth with no concern for water availability or taxpayer wallets include the largest homebuilders in the U.S. and real estate developers. They are represented by the state’s most powerful law firms, who invest vast sums to elect state and local government officials and then lobby them in city hall and Carson City. The region’s most juiced law firm, McDonald Carano, represents both the Truckee Meadows Water Authority and the area’s biggest developers.

I shudder to ponder where all this is going. I weep and rage at the rapidly diminishing natural beauty of Truckee Meadows that I have seen in my 62 years. By the time my grandson graduates from high school, we’re going to be surrounded by pavement and piles of sand.

The quaint idea of ordinary people influencing government decisions, and a stable democracy itself, seems like a distant memory. A stable climate that provides enough life-giving water for all is also a thing of the past. If your heart isn’t broken by this, you better check your vital signs.

But it doesn’t have to be this way.

I am grateful for the activists, reporters, planners, and elected representatives who have stepped up over the years to address critical water issues. Donate and/or volunteer, if you can, for groups and political candidates who have expressed concern for our quality of life, and who acknowledge we have a limited water supply — because we do.

Victory isn’t guaranteed. But we surely lose if we do not try.

Bob Fulkerson is a fifth-generation Nevadan and lead national organizer for Third Act.