Who's buying pot in Nevada? More than a quarter of adults, according to survey 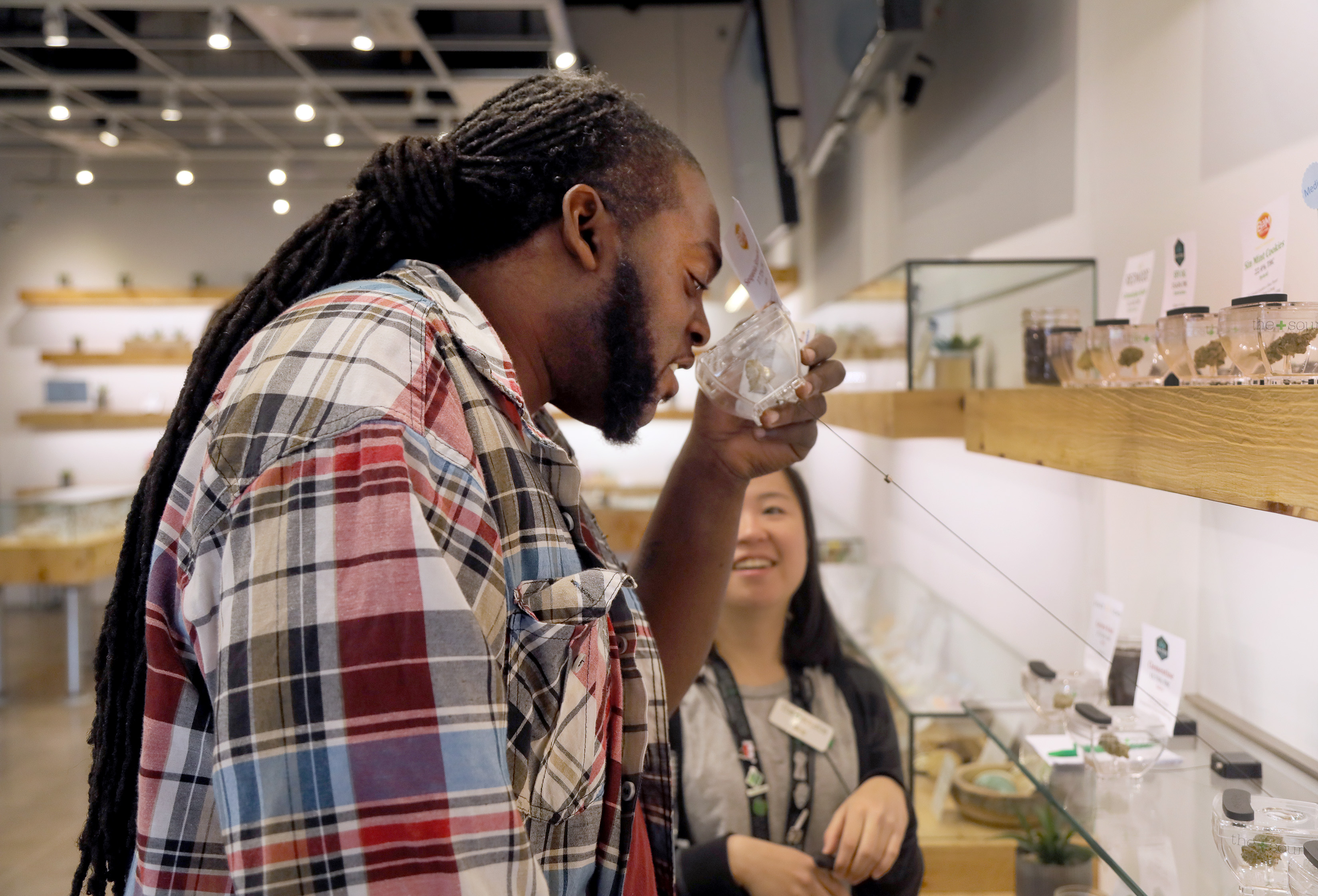 Who is buying cannabis in Nevada now that it’s legal for anyone over 21? More than a quarter of the state’s adults, according to a survey taken late this summer.

The figure comes from a survey of 1,000 cannabis consumers and potential users taken this August in five states that have legalized recreational marijuana, including 200 interviews from a representative sample in Nevada. It was presented at November’s Marijuana Business Conference by Ana Hory of the cannabis business consulting firm Enlucem, and represents rare data on marijuana use that can be hard to measure because of its stigma and a ban at the federal level and in many states.

The survey concluded that 28 percent of Nevada adults over the age of 21 have purchased cannabis within the past six months, and about 15 percent of the adult population is considered a “potential user” who plans to buy within the next six months.

Nevada ranks lower than other recreational marijuana states, such as Oregon, for the rate of cannabis use. The survey concluded that 36 percent of Oregonians had purchased a cannabis product in the past six months, and another 13 percent were potential users.

The estimated 500,000 Nevada adults who have purchased a cannabis product in the last six months is nearly 20 times the number of people who hold an active Nevada medical marijuana card (there were 24,803 cardholders in October, according to state records).

Riana Durrett, head of the Nevada Dispensary Association, couldn’t provide exact statistics on how many individuals have purchased marijuana legally since sales began on July 1, although a handful of retail stores have estimated that they’ve seen between 20,000 and 25,000 unique customers since legalization. Nevada has more than 50 dispensaries.

“These are often people who had been purchasing untested illegal marijuana from the illegal market, which is often connected to crime rings and violent crime,” she said. “Nevada’s retail stores are appreciative there is a significant demand that exists for medical and adult use marijuana in Nevada, but caution that taxes, regulatory, and operational costs must be maintained at a level that allows them to compete with the illegal market that does not pay taxes on sales.”

Across the five states, cannabis users are demographically similar and trend younger and male, the research found. About 61 percent of users are male, 61 percent are 40 years old or younger, 43 percent are married and 35 percent have underage children in the home.

Three-quarters of users have an annual household income of $90,000 or less, and 51 percent have a full-time job.

Will Adler, director of the Sierra Cannabis Coalition, said that finding illustrates the stigma of smoking in general. Users who smoke marijuana are typically those who embrace cannabis culture, while more discreet edible products are more appealing to those who want to avoid the odor and image of marijuana, he said.

Nevada has struggled to predict how big its marijuana market would be, and state lawmakers ultimately decided to send recreational pot excise tax money to a rainy day reserve fund, in part because they didn’t want state programs dependent on what could be a wildly off-base revenue prediction.

The Nevada Department of Taxation’s revenue projections were based on data published by the National Survey on Drug Use and Health, extrapolated across the state population in an effort to determine what percentage of Nevadans used marijuana in the past month and year. But the data is from 2015 and didn’t reflect a post-recreational marijuana climate, according to spokeswoman Stephanie Klapstein.

So far though, sales have outperformed projections. Nevada saw $88 million in recreational marijuana sales in the first three months, double the $43.6 million estimate for that time period (which assumed recreational sales would start a month later than they actually did).

In the U.S. overall, marijuana users are still far in the minority. A nationwide Gallup poll conducted in 2016, before California and Nevada legalized recreational marijuana, found that 13 percent of Americans say they use pot and 43 percent say they’ve tried it at some point in their life.

That’s a far lower rate than the 62 percent of Americans who told Gallup this year that they drink alcohol.

But Adler cautioned that it’s tough to accurately poll marijuana use. Younger men may be more comfortable talking about their marijuana use, but others, including older generations raised under strict pot prohibition, may be reticent to admit they’re using it, even when promised confidentiality by a pollster.

“Just because they go and buy it doesn’t mean they tell their friends that or tell their country club that,” he said.