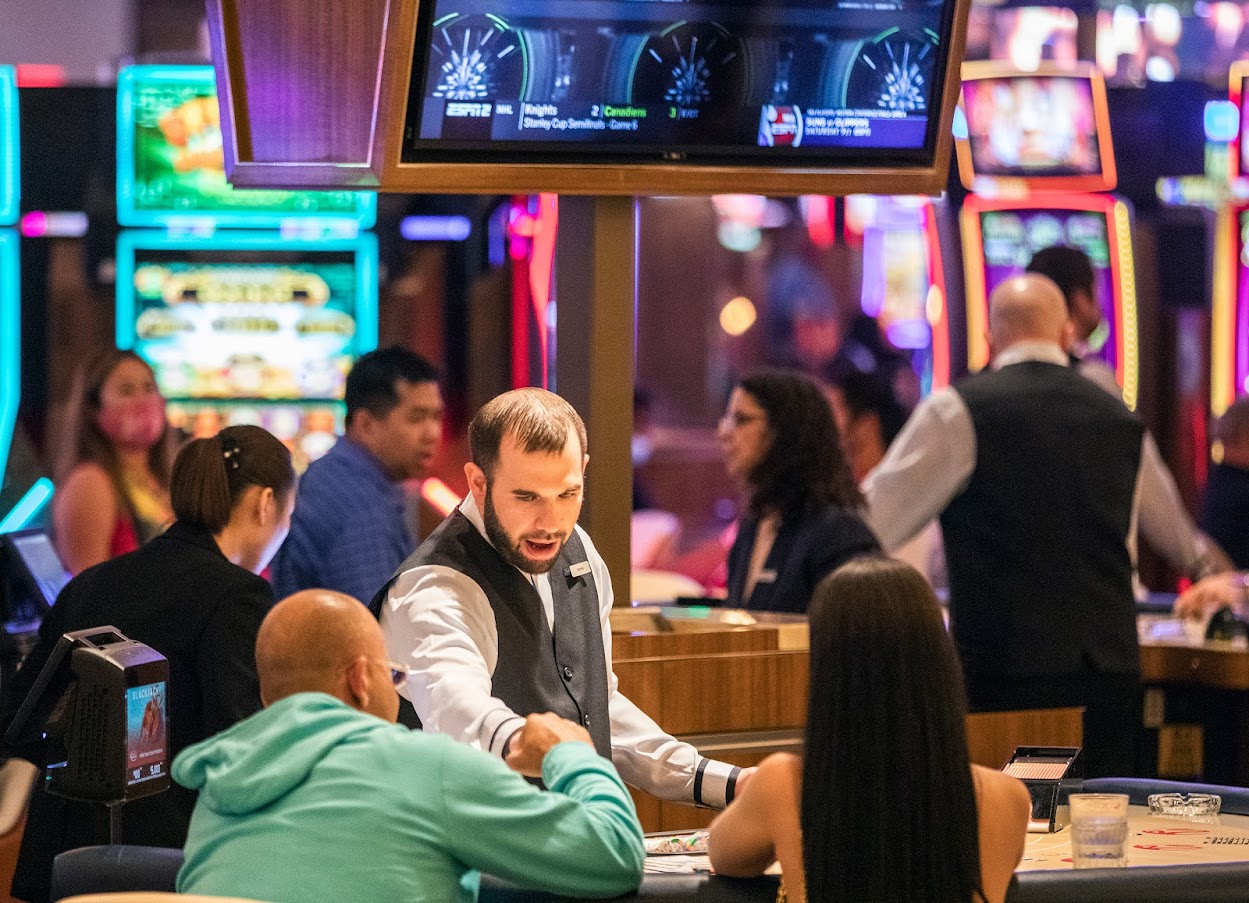 California’s wildfires were the primary culprit in diminishing activity and business at casinos in South Lake Tahoe and North Lake Tahoe during September.

As for the rest of Nevada, gaming went about unabated.

The state’s casinos continued their post-pandemic recovery and launched Nevada to its seventh straight month of $1 billion or more in gaming revenue, according to a report released Wednesday by the Gaming Control Board.

With nine months in the books, Nevada’s overall gaming revenue is 8 percent ahead of 2019, a year that marked just the third time the state’s casinos produced $12 billion or more in gaming revenue.

The revenue total for September, almost $1.16 billion, was 9.4 percent higher than a pre-pandemic $1.06 billion in September 2019. The seven-month streak of $1 billion or more in gaming revenue marked the second-longest in state history. If October is another $1 billion month, the state will tie the all-time record of eight straight months, which occurred between November 2006 and May 2007.

“Strong demand across markets, the continued rebound of leisure travel and the return of special events and entertainment continued to propel gaming win past 2019 levels,” Michael Lawton, senior economic analyst for the Control Board, said in an email.

Las Vegas Strip casinos are also showing a healthy rebound, Lawton said. Gaming revenue of $640.6 million was 9.7 percent higher than September 2019. For the first nine months of 2021, though, Strip gaming totals are less than 1 percent ahead of 2019.

Lawton said the Strip brought in a combined $2.1 billion in gaming revenue during the third quarter, July through September. That’s the highest quarterly figure in state history, snapping the previous record set in the fourth quarter of 2006.

Strip numbers, along with downtown and Las Vegas locals market results, factored into Clark County’s total of just over $1 billion in gaming revenue, marking the fifth time in the last six months the market has recorded that figure. Prior to 2021, the only other time Clark County reached $1 billion in gaming revenue in a single month was in October 2007.

“We view these results as strong and supportive of our positive view on the fundamentals on the Las Vegas Strip and Las Vegas locals gaming markets,” Wells Fargo gaming analyst Daniel Politzer told investors in a research note.

The Las Vegas Strip results came about despite a lack of direct international airline flights into the city and reduced occupancy during the middle of the week because of a lack of convention and meetings business. The city is hoping for a boost from international travel in November after the Biden Administration announced easing on travel restrictions for vaccinated international visitors.

Macquarie Securities gaming analyst Chad Beynon told investors in a research note that he expects Strip casinos to have strong gaming revenue through the end of 2021. However, Beynon said non-gaming revenues, such as spending on hotel rooms, dining and retail opportunities, will continue to lag behind 2019 figures.

“We expect we will see a recovery when business travel returns,” Beynon said.

The results weren’t as exciting for South Lake Tahoe’s four major casinos, which suspended gaming operations from Sept. 1-6 because of the Caldor Fire in California. The major highways that connect the Stateline casinos with the market’s primary customer base in Northern California also faced closures for parts of September, including a portion of Highway 50 in California, which was shut down until Sept. 20.

While missing out on the busy Labor Day weekend, South Lake Tahoe casinos recorded gaming revenue of $5.6 million in September, a decline of 69 percent from September 2019. Lawton said September represented South Lake Tahoe’s lowest revenue total in history with the exception of April and May of last year when gaming operations were suspended at the onset of the pandemic.

The wildfire also slowed business in North Lake Tahoe, where gaming revenue of $2.1 million was an 18.9 percent decline from September 2019.

“North Shore is a much smaller market that does benefit from locals' play,” Lawton said.

Lawton said smoke from the California fires, which caused poor air quality in Reno for much of the month, “didn’t reflect” in the Washoe County results.

New Jersey made headlines last week when the state said its sportsbooks collected $1 billion in wagers during September, the first time that figure was reached in the three-and-a-half years that sports betting has been legal outside Nevada.

However, Nevada sportsbooks set their own record in September with $786.5 million in wagers, an increase of 36.7 percent from a year ago and eclipsing the previous single-month betting total of $659.6 million set in October 2020.

Wagers placed on mobile devices during September accounted for 63 percent of all wagers.

The sportsbooks collected $54.2 million in revenue during September, an increase of 64.6 percent from a year ago and the third-highest ever single month total. The record of $61.8 million was set in November last year.

For the first nine months of 2021, sportsbook revenue is up 44.4 percent and wagering is up 37.8 percent compared to 2019, which marked a record year for both totals.

Las Vegas visitation up on weekends

Bagger said overall hotel occupancy reached 73 percent in September, which is down 15.3 percent compared to September 2019.