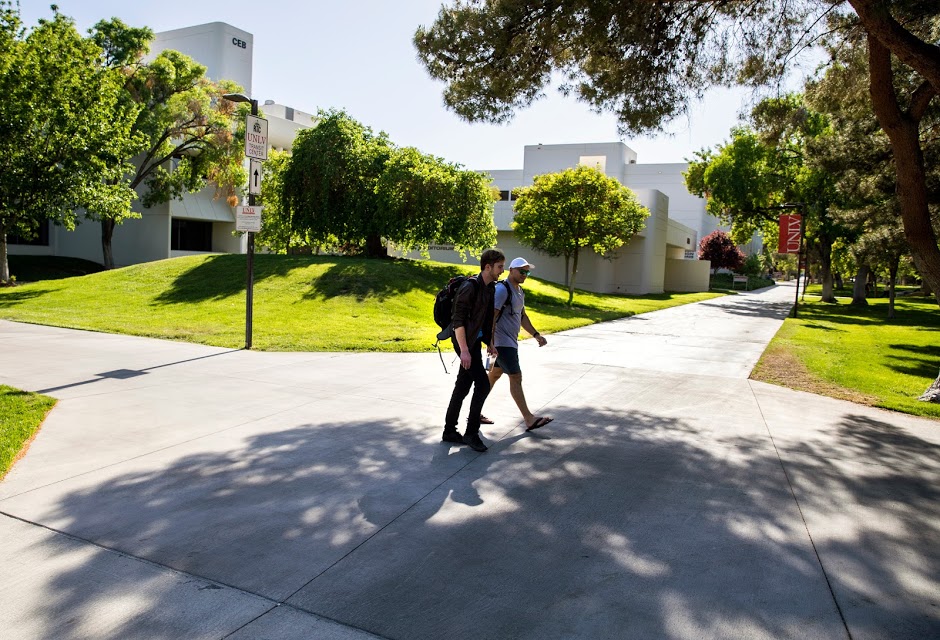 Jordan Serna applied to a variety of colleges before whittling his list to two separated by some 2,500 miles — Cornell University and UNR.

The 18-year-old knows he wants to major in computer science. The question is, where?

“You only know what you hear and what you can experience online,” he said. “That’s not the same as visiting the campus in person.”

On top of environmental factors, there are financial considerations as well. Serna was among thousands of students who applied to scholarships through the Public Education Foundation (PEF), which serves as a financial aid clearinghouse of sorts. The nonprofit administers a variety of scholarships and this year will be awarding nearly $3 million to students.

But heading into an unconventional college recruitment and scholarship application season, there was a cloud of uncertainty. No one knew what soon-to-be high school graduates would want amid an ongoing pandemic despite signs of improvement in recent months. Leaders at PEF nervously waited to see what would transpire on both the donor and applicant side of the scholarship process.

Ultimately, about 90 percent of donors maintained their scholarships and, in fact, the pot of scholarship money available this year grew slightly, said the foundation’s president, Kirsten Searer. One of the new donors is Penn National Gaming, which launched a $1 million scholarship program for children of its employees.

Last year, students applied for an average of two scholarships through PEF. That average doubled this year. Additionally, more than half of applicants are first-generation college students.

“It’s heartening because we have seen so many students who have expressed a lifelong dream of going to college and they recognize that if they put off that dream, they may never get there,” Searer said. “They want to go to college. It has been nice to watch the process this year because it’s a combination of students and donors stepping up and saying this remains a priority even while the world is uncertain.”

While the scholarship process perhaps signals an eagerness among students to proceed directly to college, other indicators paint a less-certain portrait.

In Nevada, the number of completed Free Application for Federal Student Aid (FAFSA) forms has fallen 11 percent compared with the prior academic year. Only 2 out of every 5 high school seniors statewide had completed a FAFSA form through April 9.

Students are encouraged to fill out a FAFSA form because it’s the mechanism to unlock federal grants, work-study opportunities and loans — sometimes opening their eyes to the aid that exists to make higher education more affordable.

Nevada isn’t an outlier in the dip, though. Nationally, the FAFSA completion rate is down nearly 7 percent compared with last year.

In October, the Clark County School District held a series of virtual events to spread awareness about the importance of the FAFSA and other scholarship opportunities, said Chad Gregorius, a high school counseling specialist. Somewhere between 700 and 800 families participated.

Still, Gregorius cautioned against reading too much into the FAFSA numbers, which tend to increase over the summer. In other words, it’s too early to draw conclusions about students’ post-secondary plans based on that information.

Steve McKellips, associate vice president for enrollment and student services at UNLV, shares that sentiment. The college recruitment process has been so atypical this year, he said, it’s difficult to predict what enrollment will look like once fall semester classes begin.

University officials are reluctant to cite any specific reason for the volatility of the admissions cycle this year because they haven’t heard directly from students. But the springtime spike in applications and acceptances would suggest a correlation with greater COVID-19 vaccine availability and some loosening of virus-related restrictions.

The university, for instance, has placed the following message on the top of its website:

McKellips said the university has tried to be as helpful as possible to prospective students during the pandemic despite not being able to visit high schools, attend college fairs or show people around campus. He encouraged students to reach out via phone, email or social media with questions.

“If you’ve made your decision, we need you to identify that so we can tell you what needs to happen going forward so we can get everything done in time,” he said.

As for Serna, he recently received good news on the scholarship front — an award package through the Public Education Foundation totaling $11,500. If he chooses to go out of state, he would receive roughly half that amount because of geographic restrictions tied to some scholarships.

Serna said he knows many of his friends are planning to attend either UNLV or the College of Southern Nevada. And after more than a year doing distance learning, he is relieved to hear many higher education institutions are gearing up for in-person courses again by the fall.

But he hasn’t returned any acceptance offers quite yet. He’s still weighing the pros and cons — much like students did before the pandemic complicated decisions for prospective students.

“Do I want to stay in a safer environment?” he said. “Or do I want to go out and experience something new for a lot more debt?”