With an eye on intersectional organizing, two LGBTQ groups gear up for 2020 election in Nevada 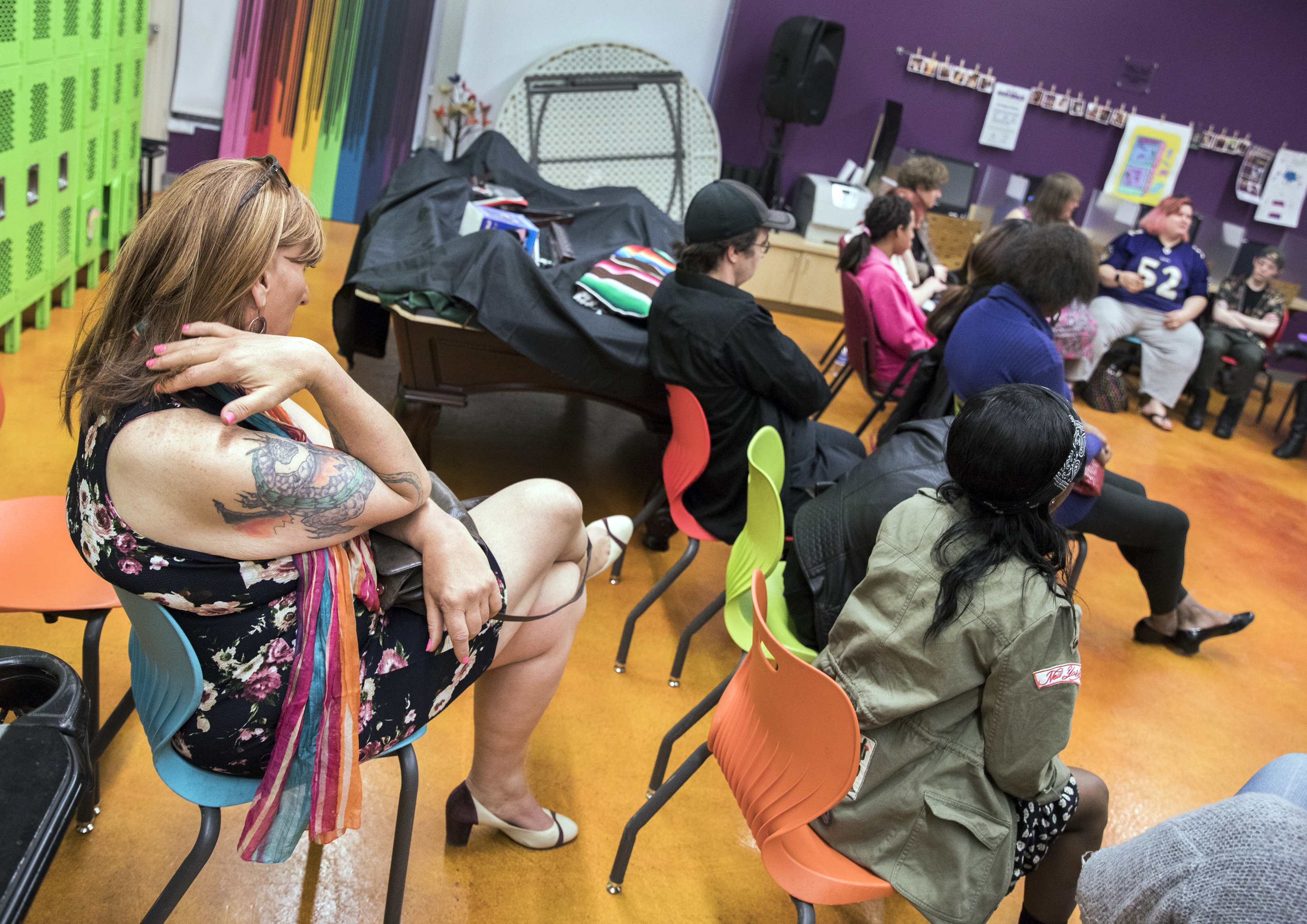 Being LGBTQ and Latinx sometimes means balancing what can feel like two disparate identities, several organizers in those communities shared at a roundtable on Friday.

One organizer said that immigration issues have often felt more personal and pressing to her — like a fight for survival — where the LGBTQ movement has seemed too centered around the fight for same-sex marriage and not inclusive enough. Another shared feeling too gay in immigrant spaces and too much of an immigrant in gay spaces. A third noted many LGBTQ spaces aren’t bilingual, making it harder for the immigrant community to be a part of them. (All of the individuals at the roundtable identified as Latinx, the gender-neutral form of Latino or Latina.)

The discussion, hosted by the Human Rights Campaign at The Center in downtown Las Vegas, strikes at the core of a conversation happening around progressive organizing heading into the 2020 presidential election: How to discuss LGBTQ issues in a way that doesn’t feel secondary to others while also being inclusive. It’s something HRC has been working on since it started mobilizing in Nevada around issues of equality last year — and putting boots on the ground full time in the state — and this cycle, the national group being joined by a new local organization.

Silver State Equality, which launched last year, is gearing up to play a bigger role in LGBTQ organizing in 2020 after playing only a minor part in 2018. State Director André Wade, who previously ran The Center, said he sees Silver State Equality as an organization that can hone in on LGBTQ advocacy in the way that other progressive organizations, that focus on a number of issues, cannot.

“We are an organization that will be solely focused on LGBTQ issues and not a secondary or tertiary focus,” Wade said. “With that, it will allow us to be a solid voice and subject matter experts to give the candidates and others a sense of what it's like for LGBTQ Nevadans — where the needs are and what our concerns are.”

The organization is an offshoot of Equality California, which bills itself as the largest statewide LGBTQ organization in the United States and is active both at the California legislature and in state politics. Wade is Silver State Equality’s only Nevada staff member and is supported by the Equality California team. The organization, he said, is “funded by Nevadans that are supportive of our cause and our issues,” but hasn’t determined how much money it plans to invest into the 2020 election.

The organization has few specific goals so far in terms of the impact it hopes to have in 2020, other than that it plans to be involved in presidential and House races and, eventually, legislative races. Wade said that the board will be developing an endorsement process before the fall or winter and plans to endorse in the presidential race before the caucuses.

“Once we start planning with our board of advisors about our 2020 work then we can map out what that's going to look like specifically,” Wade said. “Right now, we know that we are going to be engaged in the election.”

Earlier this year, the organization advocated behind the scenes for a couple of bills during the legislation, including SB97, which banned gay and trans “panic” defenses, and SB284, which created an HIV taskforce. It is also planning to host a Nevada Equality Awards fundraiser in November, which Wade said will honor lawmakers and community advocates who have pushed for LGBTQ rights in Nevada.

“It's been a lot of fun because you see the timing couldn't be more perfect given the landscape that we're in,” Wade said. “The reception that we're getting from folks when they hear about what we're doing is like, okay. I think people have been hungry for it.”

Wade said that the organization will soon begin recruiting volunteers with an eye toward being involved in both Southern and Northern Nevada, as well as the state’s rural counties. The goal, he said, is to be able to mobilize the group’s volunteer base, whether it is to get out the vote before an election or mobilize in response to an issue happening in the community. The organization also plans to work with other progressive organizations, including HRC, to figure out where to best devote its resources.

“It's going to be figuring out where the gaps are with folks and my progressive partners and how we can partner with them to ensure that LGBTQ topics and issues are at the forefront and not just second or third on their list,” Wade said.

HRC Nevada State Director Briana Escamilla said that her organization worked “very closely” with Silver State Equality during the legislative session and the groups are in “constant communication.”

“You know, my view is that more resources and power in the state to do the kind of work that we do is really only a benefit,” Escamilla said.

HRC’s entry into Nevada in 2018 came as part of the organization’s Rising Initiative, which Escamilla said was its largest grassroots expansion in history. HRC had a steering committee in Las Vegas for more than a decade and national staff members had been deployed to Nevada to help in previous elections, but the organization had never had a full-time team on the ground year round. By the end of the 2018 election cycle, HRC had 10 staff members on the ground, and the team had knocked on 20,000 doors and made 85,000 calls, she said.

“We had a catalyst model of equality voters, which were just folks that were likely to really value equality when they were voting,” Escamilla said. “We saw that our folks turned out at about 26 to 27 percent higher than they had in 2014, which is really great.”

The work that HRC accomplished in Nevada is now a blueprint for the organization nationally as it expands its operations heading into the 2020 election cycle. The group has endorsed 27 candidates in local races in Virginia this year, as well as a congressional candidate and a local candidate in Texas. HRC has three staff members in Nevada full-time — though Escamilla said that number will increase closer to the election — as well as full-time, long-term staff in Arizona, Ohio, Pennsylvania, Michigan and Wisconsin.

HRC President Alphonso David said as the organization considers candidates to support, it will be looking at how they support a variety of issues, not just those affecting the LGBTQ community.

“The pro-equality voter is going to be supporting progressive ideas and progressive movements,” Alphonso said. “So when we identify candidates and we endorse candidates, we're looking to see how they support a variety of issues because we want to make sure that — to this point of intersectionality — we all come to the table with a variety of identities and we need to make sure that all of our voices are being heard.”