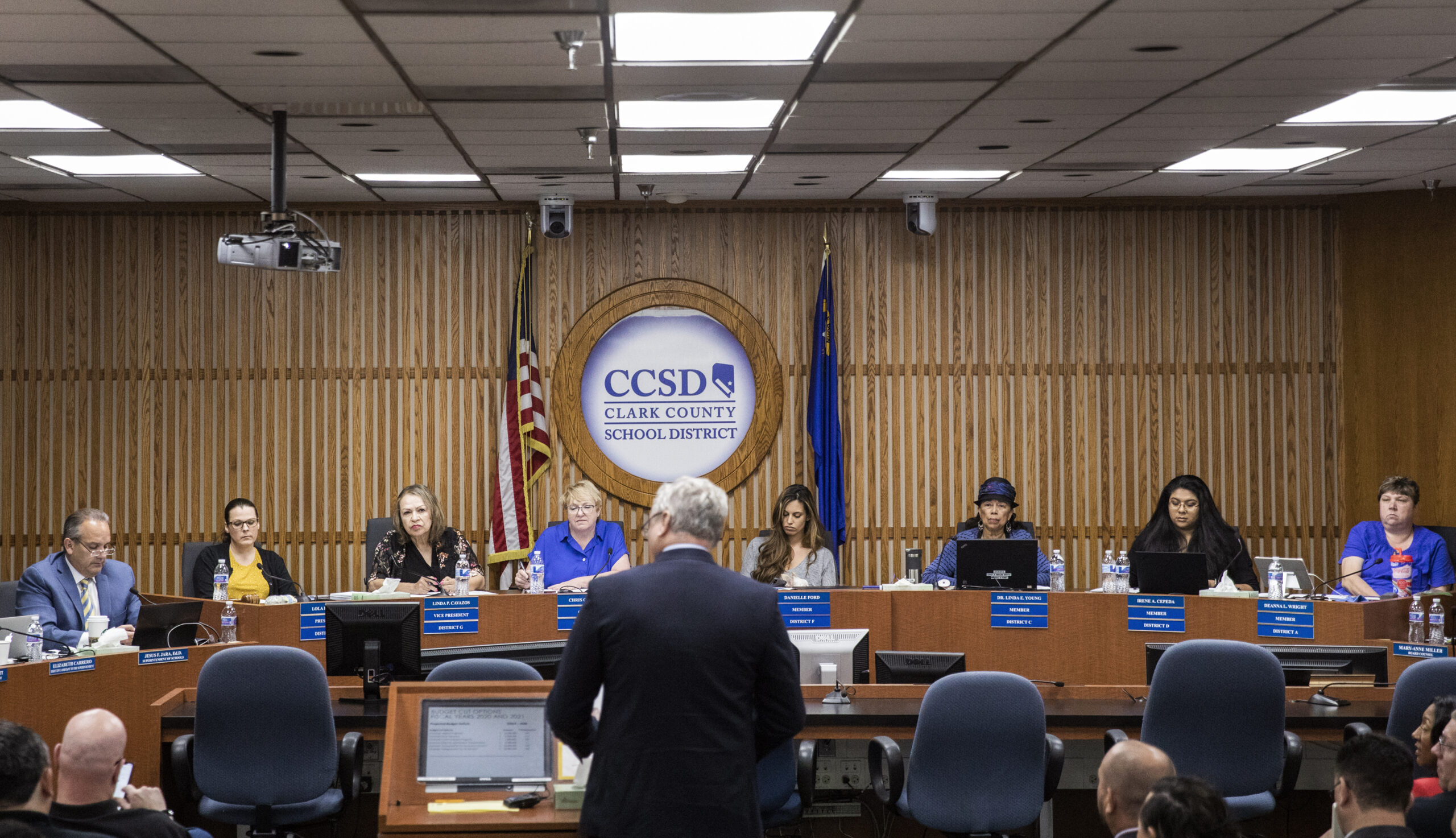 The union representing Clark County School District administrators, including deans, has filed a lawsuit against Superintendent Jesus Jara and the Board of Trustees, alleging they violated the state’s Open Meeting Law.

The lawsuit — filed Thursday in District Court by the Clark County Association of School Administrators and Professional-Technical Employees — alleges the superintendent and trustees deliberated in a closed session and, ultimately, voted to cut 170 dean positions. The lawsuit notes that if an Open Meeting Law violation occurred, the action is void.

“On information and belief, the CCSD Board of Trustees has not provided the public with a basis for its ‘closed session,’ as required by Nevada law, likely because none of the statutory exceptions to the Open Meeting Law apply here,” according to the complaint.

The lawsuit asserts that unidentified trustees contacted certain administrators to express their opposition to the decision, while another contacted Stephen Augspurger, the executive director of CCASAPE, for the same reason. The three unidentified trustees said the board met in a closed session and voted on the matter, the complaint states.

The litigation is the latest fallout from the district’s decision to eliminate deans at middle and high schools. Jara announced the decision via a video message June 10, saying it was necessary to shore up the district’s $17 million shortfall for the upcoming school year.

The decision and communication method irked the union and deans, who weren’t notified ahead of time. Seventy-two principals then took a vote of no confidence in Jara, the first such action in the union’s history.

“CCASAPE believes that Superintendent Jara and the Board of School Trustees broke the law and violated public trust when they made a secret decision to eliminate one hundred and seventy dean positions,” Augspurger wrote in a letter to administrators. “Fortunately, in Nevada, public business must be done in public.”

Augspurger also noted that the union was filing a motion seeking a preliminary injunction to halt the removal of deans until the court makes a ruling on the alleged Open Meeting Law violation.

School Board President Lola Brooks said via text message that the superintendent is allowed to disclose budget cut-related information during closed board sessions when it relates to freeing up money for collective bargaining.

School district officials reiterated that in a statement released Friday.

"We believe in the importance of transparency and strive to meet the requirements of the Open Meeting Law at all times. The Superintendent does not need to bring budget cuts to the Board for approval. A closed session was held with trustees to discuss how the budget cuts would affect ongoing collective bargaining and potential legal action related to the threatened strike."

This story was updated at 2:16 p.m. to include more information from the union.