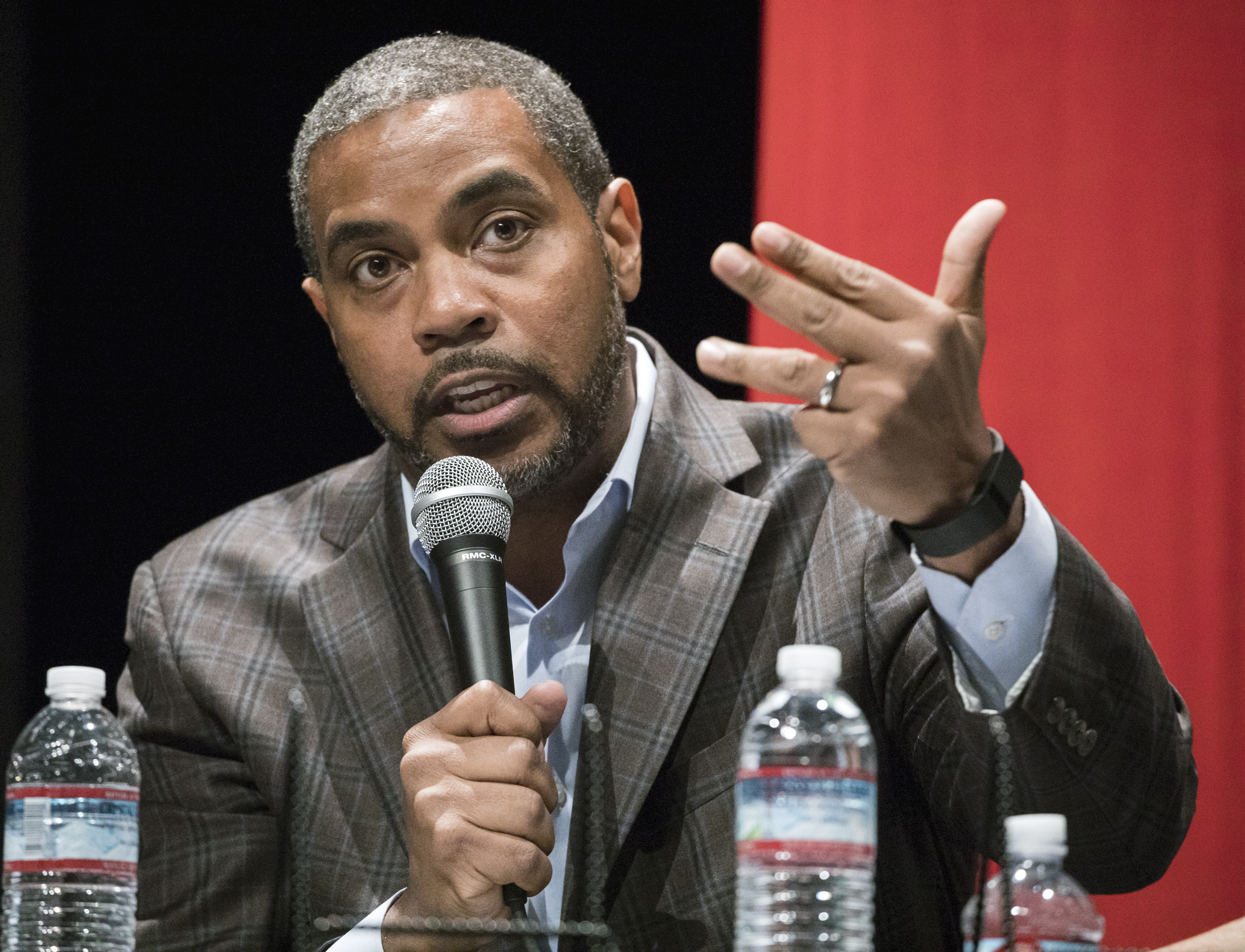 Democrat Steven Horsford’s campaign has released a poll that shows him 10 points ahead of his Republican opponent Cresent Hardy, a few days after Hardy released his own poll showing the race is a dead heat.

In a two-way matchup without the additional candidates, the poll shows Horsford with 49 percent to Hardy’s 40 percent. It also shows that 47 percent of the voter base know Horsford, compared to 41 percent that know Hardy.

“This new polling confirms what we’re hearing every day from voters in Nevada’s 4th Congressional District: they want a representative who will provide a balance to the Trump administration,” said Horsford Campaign Manager Matt McKnight. “We are taking nothing for granted, but this is good news for Steven Horsford and ominous for an already out of touch Cresent Hardy.”

Hardy’s campaign released a poll, published first in Roll Call late last week, that showed Hardy and Horsford tied with 41 percent of the vote each. The survey, which included 400 likely voters in the district and was conducted by Republican-leaning pollster Moore Information from August 4-7, did not include the three nonpartisan or minor party candidates. (Moore Information has a B rating from 538.)

Hardy’s poll sample included a greater share of self-identified Republicans than Horsford’s poll or than the district itself. It has a margin of error of +/-5 points.

Horsford’s poll involved 500 interviews of likely voters, and more closely reflected the district’s voter registration split. It has a margin of error of +/-4.4 percent. The pollster has a C+ rating from the politics and statistics blog 538.

Nevada’s 4th Congressional District has a 9 percentage point Democratic registration advantage, but Hardy was able to defeat Horsford in spite of the gap in 2014 as Democratic turnout sank. Hardy was then defeated in 2016 by Democratic Rep. Ruben Kihuen, who is not seeking re-election as he faces allegations of sexual harassment.

Hardy had denounced President Donald Trump before the 2016 election when the president made vulgar comments on a hot mic during a taping of Access Hollywood. Since then, he’s become much more upbeat about Trump’s policies and the booming economy under Republican leadership.

“I’ve got to give him credit,” Hardy said about Trump in a recent interview with The Nevada Independent. “He’s doing everything he promised he would do and … I doubted it, you know.”

The two polls came to opposite conclusions on Trump’s popularity. Hardy’s found that voters have a narrowly favorable view of the president, with 48 percent approving of his job performance and 47 percent disapproving.

Horsford’s poll found Trump has a 54 percent unfavorable and 44 percent favorable rating among the likely voters, and that the Republican health-care plan and tax plans are also underwater in popularity.