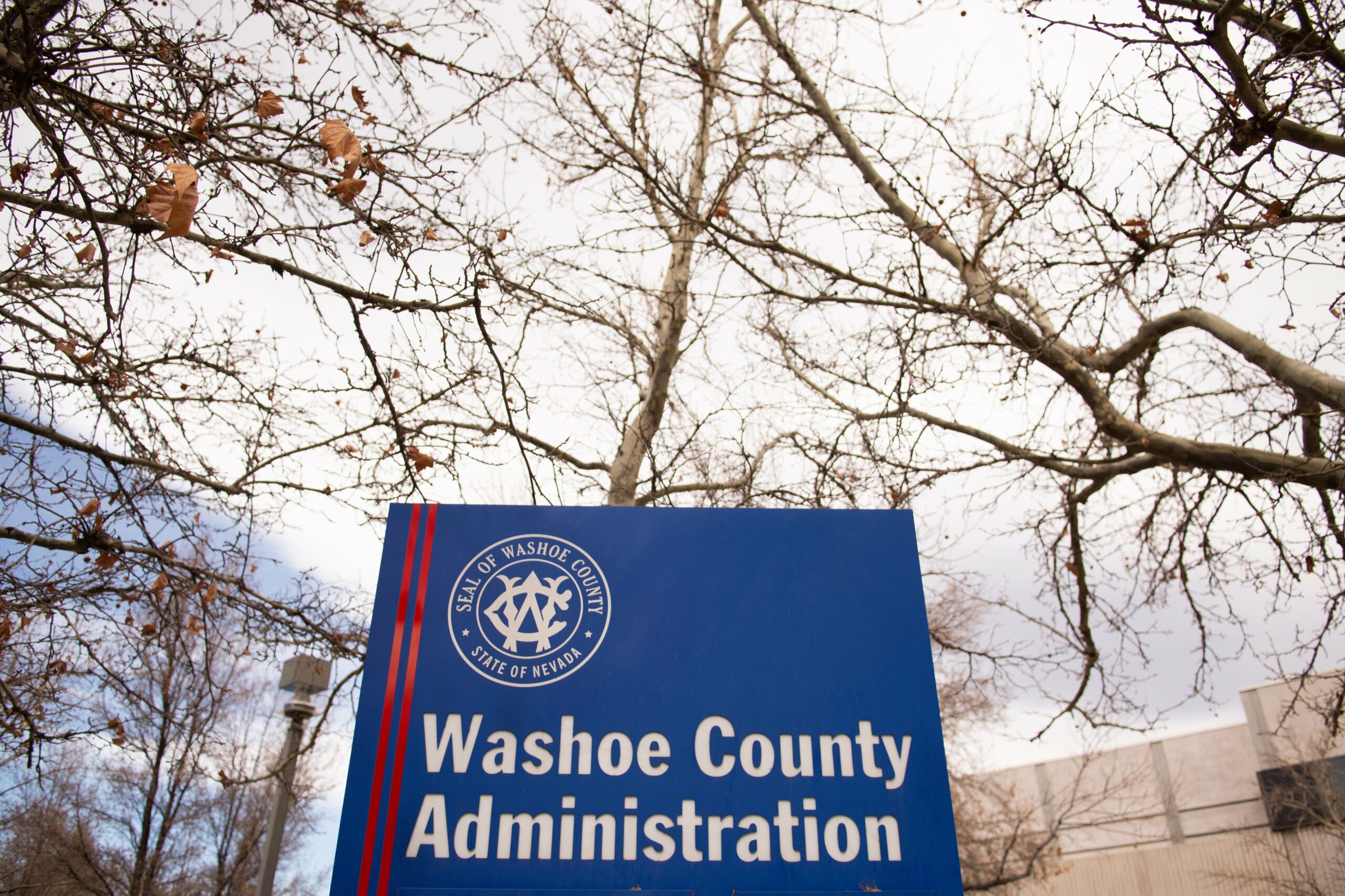 Handouts about the bill began circulating in October.

At first the plan was to vote in January. Then it was March.

Now it could be April or May before Reno, Sparks and Washoe County vote on a request to Congress to open federal public land to development as officials go back to the drawing board. With local governments focusing on the coronavirus outbreak, it could take even longer.

After a contentious public comment session last month in which environmentalists, ranchers and elected officials spoke out against the bill, the county is considering ways to fine-tune a lands bill proposal, Washoe County Assistant Manager Dave Solaro said in an interview last week.

“We are going through that process right now,” Solaro said.

Not only does the proposal face opposition, there is also a time crunch with Rep. Mark Amodei looking to package an omnibus Northern Nevada lands bill.

At the center of the debate are even larger questions and anxieties about how the region, facing high housing costs and the increasing urgency to address climate change, should grow in the coming decades.

The Reno-Sparks area, similar to Las Vegas, is largely encircled by federal public land — and its population is growing. Developers feel landlocked, and they want more land to build on. But in order to open federal land, they need a congressional bill designating it for a future transfer.

Washoe County’s plan sought to do that.

It contemplated opening about 90,000 acres of public land to potential private development.

“If you are looking to develop land for housing, for example, we are rapidly running out of land,” said Scott Bensing, a lobbyist who represents the coalition of groups that are supporting the bill.

But the plan’s critics question whether public land needs to be opened for development at all.

They argue that the 90,000 acres, enough to create another city, would facilitate sprawl, strain infrastructure, counteract efforts to mitigate climate change and harm access to open space.

Brian Beffort, who leads the Sierra Club’s Toiyabe Chapter, said the large request to expand the developable acreage by creating what is known as a “disposal boundary” was “unreasonable.”

“The county has failed to demonstrate how they will pursue this proposal while protecting our region's open space, wildlife habitat, access to outdoor recreation and quality-of-life,” Beffort said in an interview last week. “They've failed to answer questions about infrastructure and who is going to pay for it, about where we're going to get the water, about how many homes we actually need and how they will accommodate our need for affordable housing.”

For Beffort, the legislation reveals structural questions about growth and the incentives that are driving local governments. He called for reforming a property tax structure that often leaves local governments scrambling for funds and needing to expand their tax bases for more revenue.

Beffort is not alone in his criticism of the proposal. Dozens of residents attended an open house at the Reno-Sparks Convention Center on Feb. 20 to express frustration with the bill — and the process. Their comments, along with electronic comments, have been posted on a website.

In addition to substance, some felt that the process lacked transparency. It echoed concerns about a similar effort to push the lands bill in 2018, an effort that was paused after the election.

“Create a transparent process and then we can talk,” Bob Fulkerson, the development director and the co-founder of the Progressive Leadership Alliance of Nevada, said in an interview.

He said the county had yet to put forth any concrete legislative language for the public to review. Fulkerson believes the process lacks transparency, in part, because he thinks it is unpopular.

But Solaro pointed to recent public meetings — and the comment website — as proof there was a transparent process. He added that the county “had to start somewhere” to put forward a “balanced proposal," working with groups that represented the larger population

“I thought we were there,” he said. “But it's obvious from the feedback we've gotten from the public that they don't agree this is a balanced proposal trying to meet the needs of all residents.”

At its core, the legislation looks to unlock federal land around Reno. But Washoe County is not confined to its urban core. Most of the county’s land, stretching to the Oregon border, is rural. It is managed by the federal government, mainly the Bureau of Land Management, for wilderness, mining claims, grazing, recreation and imperiled species, including the Greater sage grouse.

As a way to offset the effects of development, the legislative proposal says it would protect more areas in northern Washoe County with more conservation designations, including wilderness.

The Washoe County proposal would re-designate thousands of acres of Wilderness Study Areas, currently managed as wilderness, with lower-grade conservation designations that allow ranching and mining. Environmental groups often favor protecting many of these areas as wilderness to prevent the fragmentation that comes with increased development or activity.

Their proposal has both sides concerned. Conservation groups believe too much protected land would be open to development. Ranchers and miners feel too much land would be closed off.

Shaaron Netherton, executive director of Friends of Nevada Wilderness, said last week that her group wants to ensure that the proposal does not open up protected landscapes with sensitive habitat.

Although the status quo provides adequate protection, she said that conflicts wildlife managers and ranchers have with wilderness could be resolved by designating a National Conservation Area in certain places. Such a designation could provide for more management flexibility.

In general, she said people remain most wary about the bill because of concerns about growth.

“The process hasn't really answered a lot of people's questions on that,” she said.

And growth is a concern for ranchers too.

At the public comment meeting last month, ranchers in Modoc County, which borders Washoe in Northern California, expressed frustration with the current proposal. Ned Coe, a Modoc County Supervisor, cast the conservation designations as restrictions on their ranching activities.

“This proposed lands bill pushed by Reno and Sparks is for the economic development of your immediate area. But it comes at the negative economic impact to the largest single private economic engine in the far northern Washoe County and Modoc County,” Coe said.

From the view of developers, the debate about growth comes too late. The die is already cast.

Mike Kazmierski, who leads the Economic Development Authority of Western Nevada, said last week that the bill was necessary because shortages in developable land had driven up housing prices.

“The why now may be because our housing prices are going through the roof,” he said.

He and other backers of the proposal stressed that infill was important too, but that it was hard to make a project pencil out — or even break even. They argue that developers are looking to build on the edges, and they will, with or without the bill. The proposal to create a “disposal boundary” for future development, they say would direct growth in a more organized way.

“This is a playbook that worked extremely well in Southern Nevada,” Kazmierski said.

Still, critics of the legislation, including Reno City Councilwoman Jenny Brekhus, an urban planner by training, wonder whether the Southern Nevada model makes sense for Washoe County, where regional planners have identified parcels where new development could go.

“I don’t think that a logical approach is being taken,” Brekhus said. “The concept of drawing lines on a map is 19th century-ish. When the pioneers head out West, they stand on a hill and point out to a valley and say ‘all this will be settled.’ We’re more complex than that.”

Although there are existing parcels that could be developed and infill typically places less strain on city services, Solaro said that the challenge is getting developers to build units there.

“I can’t compel anyone to build there,” he said.

As backers of the bill face pushback, everyone involved could face a time-crunch.

Last week, Amodei introduced an omnibus Northern Nevada public lands bill to advance several county requests to open several federal parcels for development while creating conservation designations in other areas. The legislation could move with the National Defense Authorization Act, a must-pass bill for Congress that will likely contain the proposed expansion of Naval Air Station Fallon. Washoe County’s most recent proposal was not included in the legislation.

Their revised proposal could be added later, Amodei’s staff wrote in a cover letter. Amodei has argued in the past that passing any legislation after July 4th in an election year could be hard.

But attaching it to the defense authorization bill is already drawing some opposition.

On Monday, 13 groups including the Great Basin Water Network, the Center for Biological Diversity, the Progressive Leadership Alliance of Nevada, Basin and Range Watch, Great Basin Resource Watch and the Sunrise Movement, wrote a letter to Sen. Catherine Cortez Masto and Sen. Jacky Rosen saying the Washoe proposal should not be part of the defense authorization.

“For the sake of future generations,” they wrote, “there’s no need to rush.”