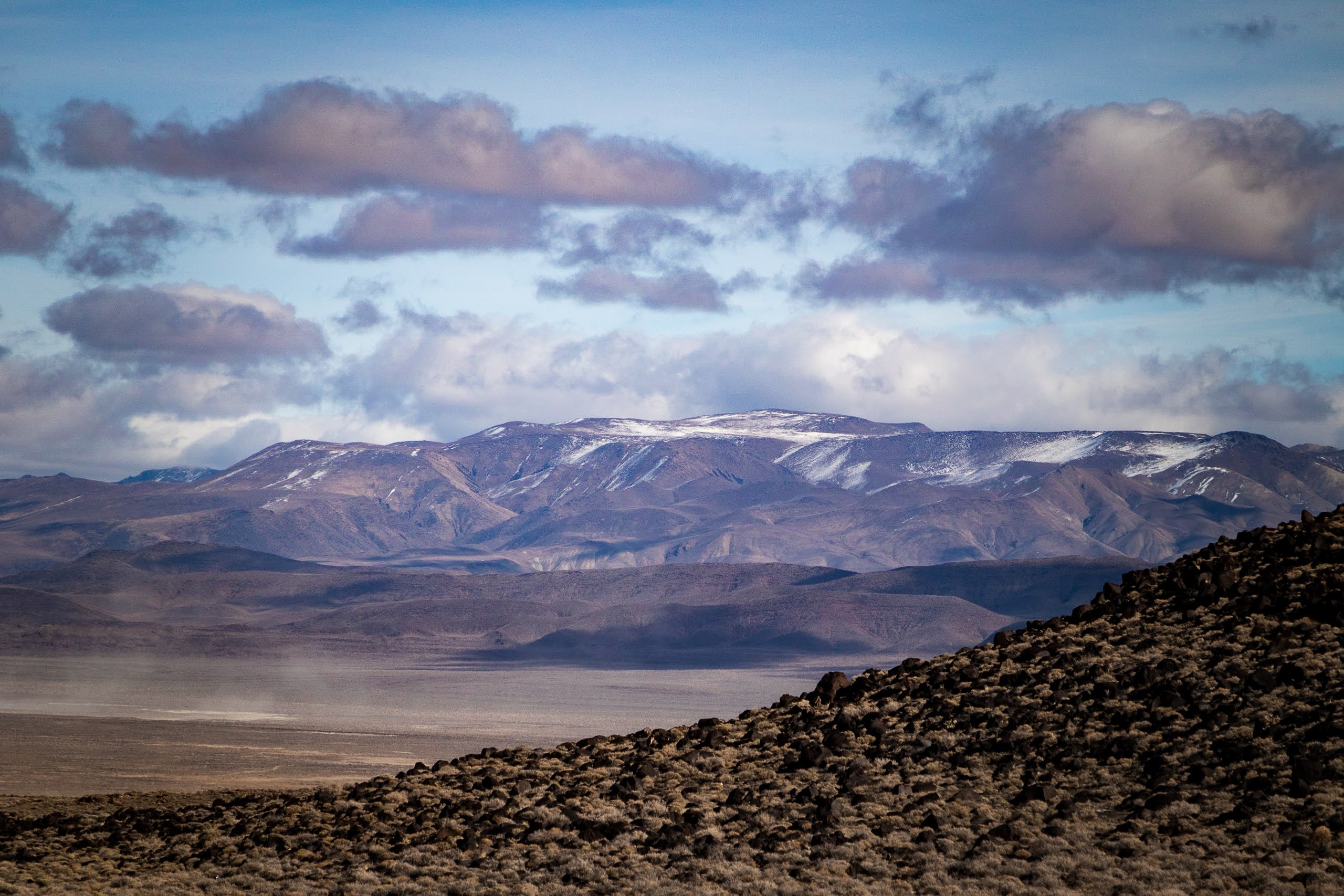 The legislative language would have authorized an expansion of the Fallon Naval Air Station onto about 267,000 acres of public land. It’s a smaller version of an expansion the Pentagon has been seeking for many years, arguing that modern warfare requires more room to train, as newer plans drop munitions from greater distances and altitudes. To offset the impact of the Navy’s expansion, which would restrict access to public land, the proposed amendment included numerous conservation, compensation and mitigation provisions.

On Tuesday, a House committee struck down the amendment. Still, similar language could be included in a Senate version of the defense package. In an interview Wednesday, Amodei said “all eyes turn to the Nevada Senate delegation to see what they want to do regarding land and the Fallon expansion in the context of the Senate defense authorization process.”

Many of the provisions in the legislation were taken from existing county lands bills. Such bills seek to balance the long-term conservation of land with pressures to use land for development, given the federal government’s role in managing large swaths of public land across the state.

The conservation provisions tucked into the proposal proposed designating more than 300,000 acres as wilderness in Northern Nevada and nearly 160,000 acres of public land as national conservation areas. The proposed amendment would have also created a Numu Newe Cultural Heritage Area spanning nearly 218,000 acres. At the same time, it would have allowed for tens of thousands of acres of public land to be developed in several Northern Nevada counties.

But the legislative maneuver divided advocacy groups. The proposal faced opposition from the Center for Biological Diversity, Great Basin Water Network and the Progressive Leadership Alliance of Nevada (PLAN). The organizations criticized the proposal for allowing the Navy to encroach on sensitive areas, permitting the potential privatization of public land in Northern Nevada counties and paving the way for a potential Churchill County groundwater pipeline, what some have called the “Dixie Valley water grab.” Donnelly noted that the amendment could give the military partial control over more than 250,000 additional acres of public land.

“There’s been as much attempt as possible to do this quietly and without public debate, and that’s why there is so much terrible stuff packed into this bill,” said Patrick Donnelly, Center for Biological Diversity’s Great Basin director, arguing it gives too much away to special interests.

Donnelly said private developers and mining companies stand to benefit from the legislation. He said the focus of environmentalists should be to oppose any military expansion on public land.

Other groups, including Friends of Nevada Wilderness and Pew Charitable Trusts, wrote letters in support of the amendment earlier this week. The Conservation Lands Foundation has also been working in support of the bill. Supporters argued that the legislation is not perfect, but it is needed, given the Navy’s determination to move forward with their expansion of the air station.

The groups supporting the bill have argued that concerns with Amodei’s proposed amendment are exaggerated, arguing that the proposal would not legislatively greenlight the Dixie Valley water project because it still must go through required environmental permitting. The measure also included several provisions making the Navy’s request for additional land contingent on it meeting its requirements to compensate those affected and working with local communities.

And there are signs that the Pentagon is still pushing for an expansion this year.

On Tuesday, the White House released a statement of administration policy urging the Democrat-controlled Congress to approve the expansion of the Navy base. The White House said it would work with Congress on the Pentagon’s request for the land “needed to fully accommodate modern military training requirements while upholding Tribal trust responsibilities and responsible management of public lands and the livelihoods of local communities.”

The proposed amendment included a $20 million settlement for the Walker River Paiute Tribe, which has faced years of contamination from ordnance activities from the Navy. It additionally proposed a national conservation area to be co-managed by the Walker River Paiute Tribe and the transfer of a roughly 6,890-acre parcel, controlled by the federal government, to the Tribe.

Under the amendment, the Navy would be required to allocate $20 million to build and endow a Numu Newe Cultural Heritage Center for the Fallon Paiute Shoshone Tribe, and the bill would expand the tribe’s reservation by about 5,000 acres. For months, leadership of the Fallon Paiute Shoshone Tribe had been advocating for a national monument. The plan does not designate the area as a new national monument, but it would create the Numu Newe Cultural Heritage Area.

Amodei pushed back on the argument that the amendment subverted a transparent process. He noted that the Fallon military expansion — and potential ideas to offset the expansion — have been on the table and discussed openly for years, adding that the “concepts are not different.” In 2020, Sen. Catherine Cortez Masto (D-Nev.) released similar draft legislation to the public.

“We tried to be very, very comprehensive,” Amodei said, arguing the proposal had incorporated varied concerns and “from where it started to where it is now, it’s gotten better in some areas.”

Opponents of the proposal, however, said groups should continue pushing for no expansion of the Navy base, as opposed to a compromise that looks to offset the impacts of expansion.

In a press release, Olivia Brister, an environmental justice program manager at PLAN, said “now we need our elected representatives to make sure this destructive proposal doesn’t come back, and we need concerned Nevadans to continue to stand with us in this fight to protect this land.”

Do you have thoughts about the proposed expansion? Email me. I’ll be writing more about this.

A poll released Wednesday by the conservation group Center for Western Priorities found that a large majority of voters in key Western swing states, including Nevada, view public lands, parks and wildlife issues as important to how they vote in the midterm election. But the poll also found that inflation and rising costs remains the top concern for a plurality of Nevada voters.

The survey of 2,011 likely voters in Arizona, Colorado, New Mexico and Nevada was conducted by Benenson Strategy Group, which has worked with a number of Democratic campaigns and is rated B/C by FiveThirtyEight. It had a margin of error of 2.19 percent. The margin of error for the Nevada subgroup of 500 likely voters was 4.4 percent. The poll interviews were conducted online between May 19 and May 27.

Here are some interesting findings from the poll:

Albemarle Corp., which runs the country’s only active lithium extraction operation near Tonopah, is planning to build a lithium processing plant in the U.S., Reuters’ Ernest Scheyder reports.

Fulcrum BioEnergy, which converts fuels from landfill waste and operates a plant at the Tahoe Reno Industrial Center, announced a $20 million equity investment from SK Group, which is based in South Korea. “This investment signals another strong vote of confidence in Fulcrum’s proprietary waste to fuels process following the recent operational achievement of producing [synthesis gas] from landfill waste at our Sierra BioFuels Plant,” Fulcrum’s president said.

Update: This story was updated on July 15, 2022 at 8:42 a.m. An earlier draft of the story referred to the company Fulcrum BioEnergy as Fulcrum Biofuels.