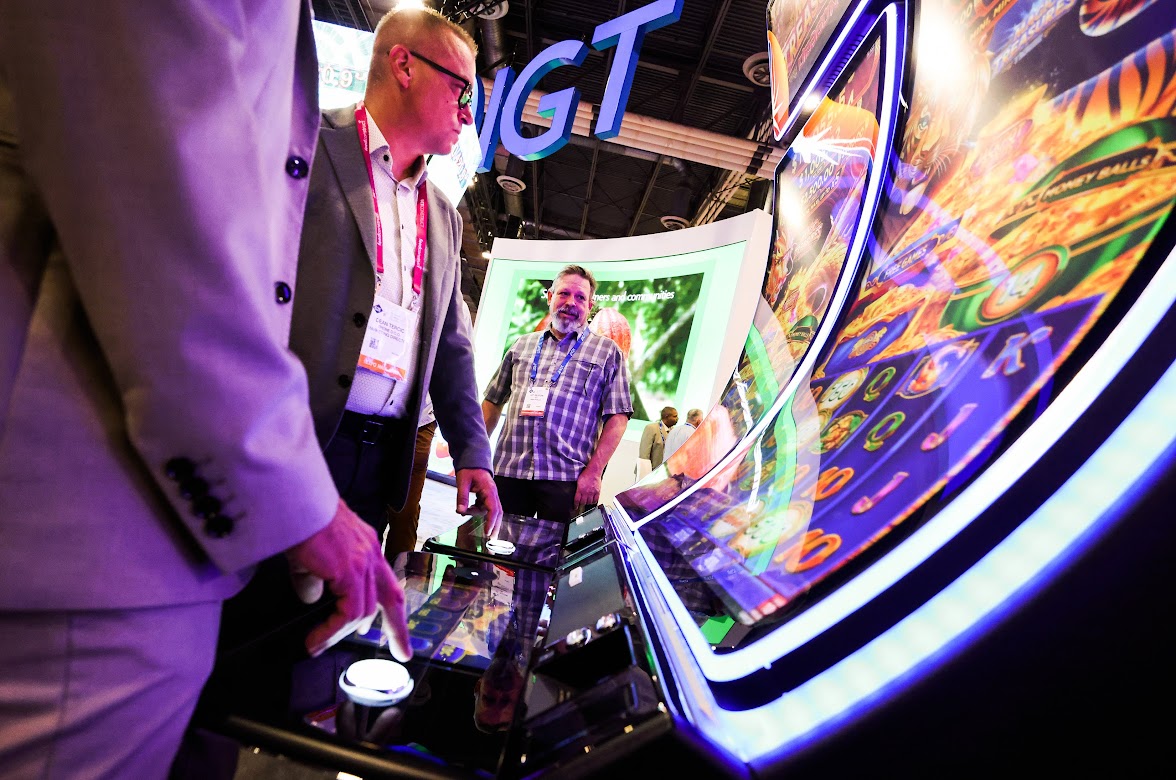 That particular shortage has faded, according to the Connecticut-based company’s CEO, Bart Shuldman. But now, there’s a new concern: paper.

Transact needs a specialized paper used to print ticket in-ticket out vouchers and sports betting slips, and only one company controls that section of the paper market.

“We were able to navigate around the issue with our products, finding different parts that could substitute if parts were out of stock or delayed,” Shuldman said. “But when you have just one supplier of paper, it’s troubling.”

In Oklahoma, Skyelar Perkins, who oversees slot operations for the Choctaw Nation’s casinos and resorts, said supply chain issues have been a fact of life for casino operators dealing with shipping delays on everything from kitchen supplies to slot machines.

“It’s everywhere, right?” Perkins said during a post-Global Gaming Expo round table discussion hosted by casino industry advisors Eilers & Krejcik Gaming. “We’re still seeing stuff from where it was easy to get until the next time you order, then it’s delayed. We continue to have delays to get products on the (casino) floor.”

The gaming industry spent much of the year figuring ways around supply chain disruptions that slowed the delivery of slot machines and other gaming products.

Even with the delays in getting new games on casino floors, gaming revenue hasn’t suffered. According to the American Gaming Association, nationwide commercial gaming revenue was more than $39 billion through August, a nearly 15 percent increase over 2021.

The supply chain issues spilled into the recent G2E conference as a talking point among industry leaders. Trade show booths of slot machine developers were populated with hundreds of new games. But questions about the availability of components, along with shipping issues that would delay delivery of gaming products to casino floors, hung over the conference.

Truist Securities gaming analyst Barry Jonas said companies in the manufacturing sector have shown a willingness to plan around supply chain delays in order to move games into casinos.

“Still, we have learned from operators that some orders are taking over 10-plus months and counting to be fulfilled,” Jonas wrote in a post-G2E research note. “Manufacturers have gotten smarter with sourcing and re-engineering, but we don't think they are out of the woods just yet, with new challenges still appearing. While shipping prices have come down, the availability of truck drivers is an issue today.”

Representatives from the Association of Gaming Equipment Manufacturers, the trade organization for the slot machine industry, declined to comment on the supply chain concerns.

Some manufacturers have been able to repurpose a component in an older game to bridge any gaps in the production process and the supply chain.

“It’s helping get the product out quicker,” Telian said. He added that casino operators don’t want to see delivery interruptions because the games aren’t ready due to hardware shipping delays.

Mike Gatten, who oversees corporate slot machine strategy for MGM Resorts International, said delivery delays seemed to level off during the summer. He said casino suppliers – not just the manufacturing sector – have done a good job communicating and offering visibility into issues.

“I know that it's a reality and not just a gaming thing. It’s across the board,” Gatten said. “Communication and transparency are very important.”

Lack of microchips a worry

The initial concern in the spring surrounded high-tech components used in slot machines. At first, the focus was on bill validators, a device attached to games that accept either currency or a ticket voucher, which are then converted into gambling credits.

Shuldman, whose company has a large sales and distribution office in Las Vegas, said delays in the production of microchips were prevalent at the time. He noted the shortage of chips in the auto industry, which slowed the shipment of new vehicles, was well-documented.

“Everybody got hit with a chip issue,” Shuldman said. “It's just how you dealt with it. We were able to get through it with our vendor and our ability to work through the problem. Others have not been able to do that.”

Shuldman said he can’t speak for the slot machine providers, but said issues with a shortage of ticket in-ticket out printers – that are connected to bill validators – is not over. Transact, he said, ramped up production of the devices because there are only two major providers of the printers – his company and JCM Global, a Japan-based provider of more than half of the bill validators used by the slot machine industry.

JCM had sizable microchip chip shortages earlier this year and the company, which is publicly listed on the Tokyo Stock Exchange, said it was working to identify other sources for the product.

“I do know that my competitor has had some pretty serious production issues,” Shuldman said. "We have to not only meet our typical demand, but I've got to increase our production to overcome my competitor’s inability to produce products.”

In an emailed statement, JCM Senior Vice President Dave Kubajack said the company “remains focused on the gaming industry’s record demand for our products, and we continue to ship out product regularly to our customers.”

Most of the manufacturing sector shied away earlier this year from discussing supply chain issues and microchip shortages.

IGT CEO Vince Sadusky said shipments of new games to casinos in the U.S. and Canada were 8 percent higher than pre-COVID 2019. But the percentage increase could have been in double-digits if not for supply chain constraints and challenges.

Sadusky said he expects IGT’s revenue stream will be significantly improved in the next quarter after pushing the game shipments into the back half of 2022.

IGT and the major slot machine providers will report third-quarter financial results during the first two weeks of November.