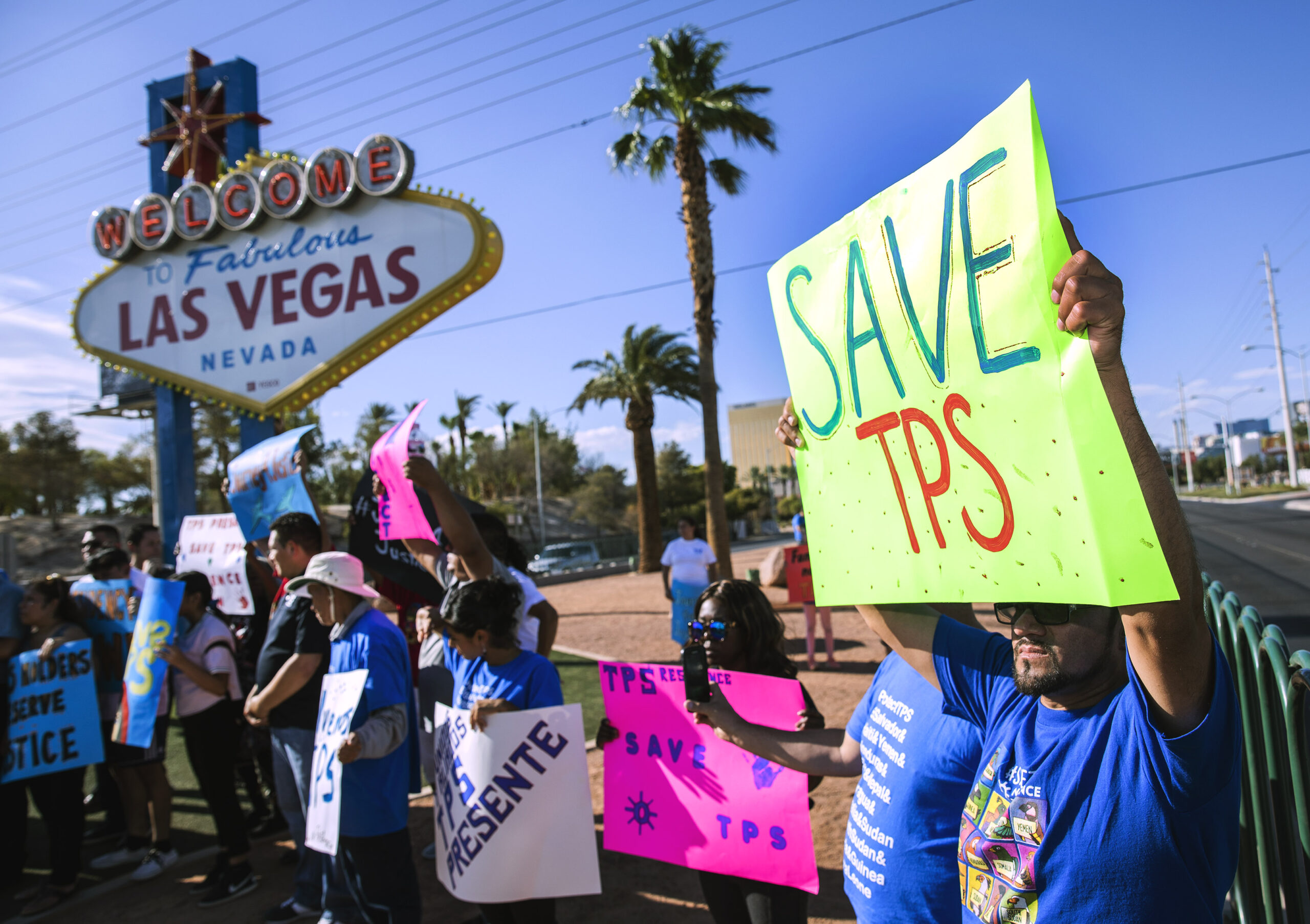 An appeals court ruling clears the federal government to proceed with its plan to terminate Temporary Protected Status (TPS) for six countries, including El Salvador — a move that could mean thousands of Nevadans living in the U.S. legally for decades could face deportation next year.

The 2-1 decision from a Ninth Circuit Court of Appeals panel on Monday strikes down a lower court injunction that had prevented the Department of Homeland Security from carrying out its plans to cancel TPS, which provides temporary, renewable legal status for people who cannot return to their home countries because of war, disasters or other crises. Many TPS recipients, however, have been in the U.S. so long that they have significant roots in the country, including having children who are American citizens and attending school.

“It's another ... disaster,” said Wilna Destin, a plaintiff and TPS beneficiary from Haiti, in a press call on Monday. “They want to punish us for our color, for where we’re born, for everything, but we don't choose ... where to be born, we don't choose what color to be born.”

More than 400,000 TPS beneficiaries live in the U.S., including more than 4,000 in Nevada. About 450,000 U.S. citizens live in a household with a TPS recipient, including about 280,000 U.S.-born children who are under the age of 18 and could be forced to move to a country they never knew or be separated from their parents if they lose TPS and are deported.

Advocates fear it could lead to large-scale job loss when people lose the ability to work legally, as well as foreclosures and anxiety about deportation once people move into undocumented status.

The panel found that a plaintiffs’ challenge to the administrative procedure used in deciding to terminate TPS designations in 2017 and 2018 was not reviewable by the court because it had more to do with the substance of the decision than with procedures or regulations.

It also overturned a lower court’s decision in support of the argument that the termination of TPS was motivated by racism. The appeals court said that although President Donald Trump expressed racial animus to nonwhite immigrants, and although the White House influenced TPS decisions, there was no evidence that Trump personally sought to sway the decisions to end the programs.

In a call with reporters, Southern California ACLU lawyer Ahilan Arulanantham, who represents the plaintiffs, said he and his clients fundamentally disagree on both of those points.

“That's just an impossibly high standard. Nobody could ever meet it,” he said about the court’s analysis of determining whether racial discrimination was at play.

Michael Kagan, head of the UNLV Immigration Clinic, said that the ruling was a reminder that while the court system can buy immigrants time, it can only go so far. Especially when Congress is deadlocked, “the president has immense power over a machine that has the capacity to be incredibly cruel.”

“I think that for those of us who went into law because we felt that law, the Constitution might be a protection against the darkest impulses that our country has had throughout history, this case and many others that have come out in the last couple years are a terrible, cold shower,” Kagan said. “That terrible reminder that at the most pivotal moments in our history, courts often do not save us.”

Under the ruling, the soonest the government could terminate TPS for Haiti, Sudan, Nicaragua, Nepal and Honduras is March 5, and the soonest it could be terminated for Salvadoran beneficiaries is Nov. 5, 2021, Arulanantham said. Current work authorizations for beneficiaries from the six affected countries are effective until Jan. 4, 2021.

Arulanantham said plaintiffs plan to seek en banc review — when all judges rather than just a small panel would consider the case — and those deadlines could be extended if the court takes up the matter.

TPS holders can obtain work authorization, which allows beneficiaries to hold jobs such as in Nevada’s casino industry rather than being restricted to under-the-table work. But there is no individualized path for TPS beneficiaries to apply for legal permanent residency; if a person was undocumented when they came to the U.S., they would likely need to leave the country for at least 10 years while applying for residency.

“We lecture people, ‘why don't you get in line? and then we don't give them a line to get in,” Kagan said. “And TPS is an example of that.”

Jose Palma, a coordinator for the National TPS Alliance who is originally from El Salvador, said Congress needs to act, and also pointed out that voters will have the opportunity to oust the Trump administration in November.

“We know that we need to change the administration to get somebody who understands what it looks like, and also understands the contribution of people with TPS,” Palma said on the press call. “Instead of hiding, we will move forward. And we'll confront the evil with love.”

Updated at 7:05 p.m. to add comment from Michael Kagan.