As margins tighten in Nevada elections, advocates look to signature curing for edge 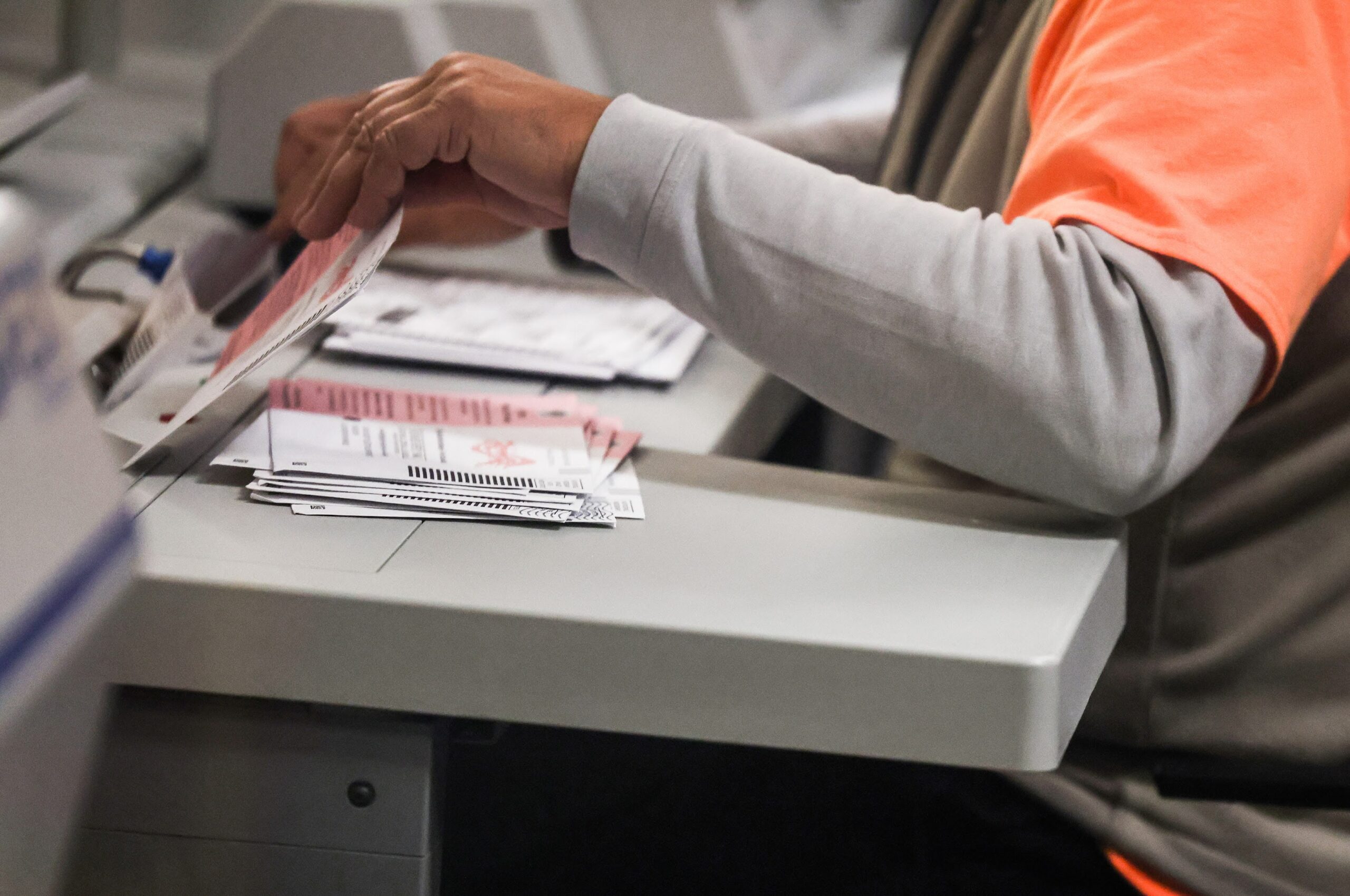 With razor-thin margins separating candidates in Nevada’s top races, a growing number of advocacy groups are focusing on thousands of challenged ballots still requiring signature cures that could become the difference between victory and defeat for candidates across the state.

Mail ballots submitted to county election officials that have signatures that do not match those on file require “cures,” a process by which county election workers verify the identity of the voter in question before having their ballot counted.

This cycle, challenged ballots must be cured by Monday, Nov. 14 — two days after the deadline to finish counting mail ballots.

As of Thursday morning, roughly 39 percent of the more than 11,755 ballots requiring cures thus far in Clark County had been cured, leaving 7,155 unresolved. The partisan breakdown of those cures was not made available through data posted online.

Another 5,555 provisional ballots — or ballots provided to voters who registered to vote on Election Day or otherwise had an issue proving their identification — will not be counted until the state validates those ballots next Wednesday.

In Washoe County, 1,421 ballots still required a signature cure as of Thursday morning, of which the plurality, 39 percent, were nonpartisan, another 32 percent were Democrats and 30 percent Republicans.

County and state election officials across Nevada have been attempting to contact voters with signature issues since before Election Day through waves of texts, phone calls, emails and mailed postcards.

But partisan groups — especially those aligned with Democrats — are also mobilizing resources to contact voters who may not know their vote has not yet been counted.

That includes Nevada Democratic Victory, a political action committee and offshoot of the vaunted “Reid Machine” created following an internal split in the state’s Democratic party early last year. The group has arranged mobilization efforts for volunteers to reach out to voters with rejected ballots, including sending staff door to door.

Nevada Democratic Victory has also set up an online source for rural voters to fill out signature cure affidavits — a resource that Sen. Catherine Cortez Masto’s campaign texted to certain voters. Douglas County urged residents to “not reply and disregard” such messages in a Wednesday Twitter post.

Republicans have also sought to boost information for their voters on ballot curing. That includes at least one such effort from the Republican National Committee (RNC), which RNC spokesperson Hallie Balch, in a statement, said had “a duty to inform voters that their ballot needs curing in order to be counted.”

Others engaged in targeted signature curing efforts include Las Vegas’ powerful Culinary Union Local 226 — which has dedicated 200 canvassers to curing outreach through the Monday deadline — and Battle Born Progress, a progressive advocacy group that spent $40,000, starting Wednesday, on digital ads targeting voters who need to cure their ballots.

Annette Magnus, executive director for BBP and the affiliated Institute for a Progressive Nevada, told The Nevada Independent that lessons learned from 2020 have informed how groups have handled 2022, especially as the focus has shifted away from teaching voters how to vote by mail to teaching them how to cure a ballot.

“I think all of our organizations on the left in the progressive movement, learned some important lessons from 2020,” Magnus said. “And how we message the curing process and the education that is needed to be done when it comes to the curing process, because a lot of voters don't understand it.”

Ever since the passage of emergency election laws in the midst of the pandemic, Nevada elections have revolved around universal mail ballots as the new electoral center of gravity.

So far, mail ballots comprise nearly 44 percent of all election turnout in 2022 — a slight decrease from the 2020 presidential election, but still the plurality of all votes cast — with a number of key races still undecided amid the counting of thousands mail ballots expected to arrive ahead of a statutory deadline on Saturday.

But through three elections with universal mail implemented, a small but significant chunk of those ballots have needed signature curing — typically 1 to 2 percent of mail ballots submitted. That’s enough to potentially make a difference in an extremely close race.

In defending the speed of Clark County’s vote-tabulating process, which must still count roughly 50,000 outstanding mail ballots, Registrar Joe Gloria told reporters on Thursday that extended time to count — in addition to being related to statutory deadlines stretching into next week — stemmed in large part from the time-intensive ballot verification process.

“We want to make sure that we're being accurate and validating the signatures and the identity of folks so that if it's not something that we agree matches with what we have to the system, we’re sending it to the cure,” Gloria said. “That's a lot of work.”

Though sample sizes remain limited because of the relative novelty of universal mail-in voting in Nevada, Democrats have historically cured challenged mail ballots at higher rates than either Republicans or nonpartisan voters.

In the 2020 general election, the first election conducted under the state’s new universal mail-in law, 12,584 ballots required signature cures, or 1.8 percent of the nearly 672,000 mail ballots returned that cycle, according to the secretary of state’s office. A slim plurality (39 percent) belonged to Democrats, nearly as many to “other” voters (38.9 percent), with the remainder (22 percent) belonging to Republicans.

Once the signature curing process ended, Democrats comprised the smallest share of outstanding un-cured ballots (which did not count toward final election results) — just 24.6 percent, compared to 33 percent Republican and 42.4 percent other. In total, 77 percent of all ballots requiring cures were successfully cured, leaving 2,887 unaddressed (or 0.42 percent of all mail ballots returned).

The 2022 primary election saw just 25.8 percent turnout rate statewide, of which roughly 57 percent, or 266,000 votes, were cast by mail. The share of ballots requiring signature curing jumped to 3 percent, or roughly 7,000 votes, during the primary.

However, Democrats and Republicans cured their ballots at roughly equal rates — about 44 percent of Democratic ballots were cured, compared to 43 percent of Republican ballots.

The party breakdown for cured ballots in this year’s general election remains to be seen, pending the deadline to cure and count those ballots next week.