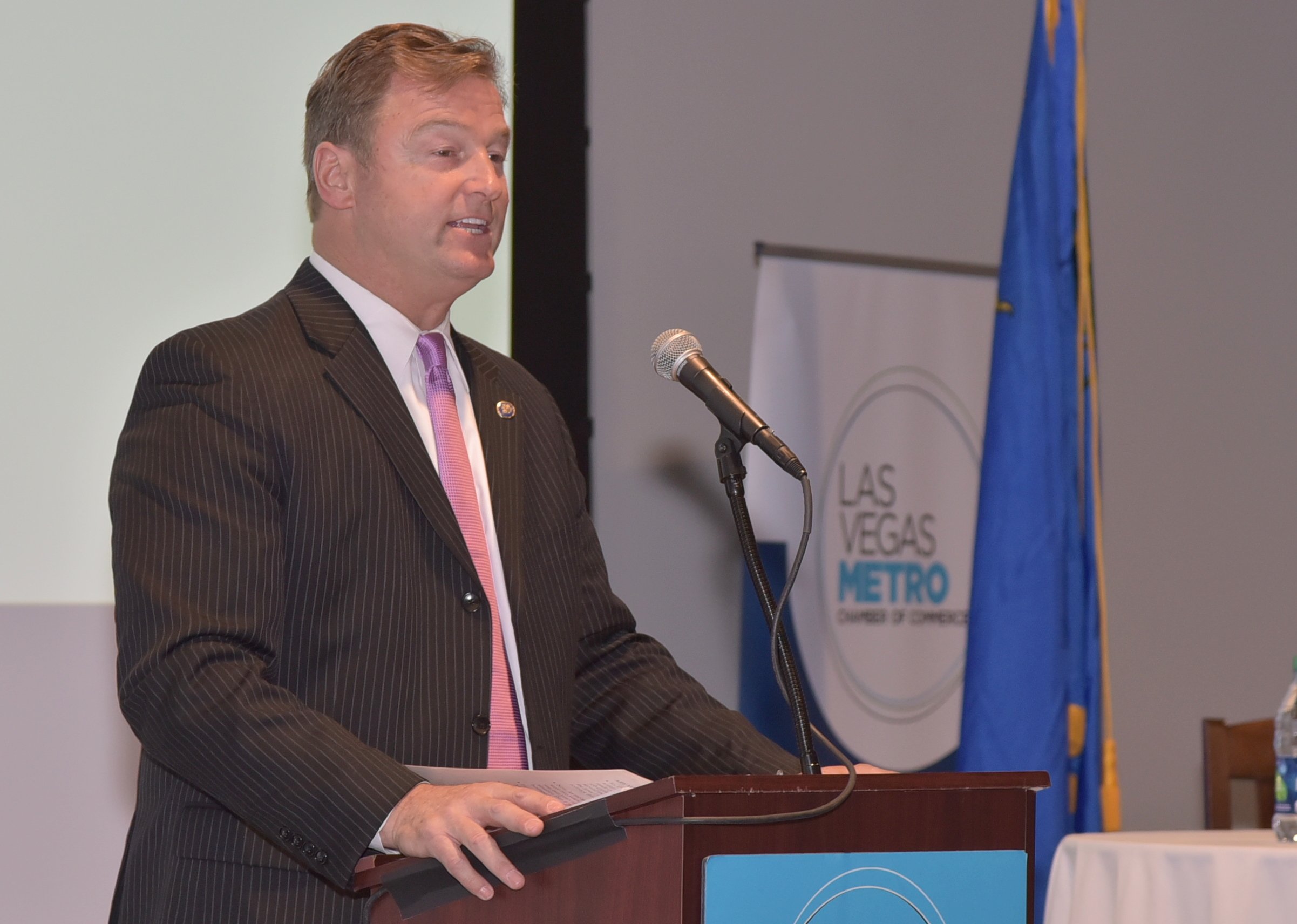 Republican Sen. Dean Heller was bullish at a luncheon Tuesday on the prospect that an on-again-off-again summit with North Korea would go forward, and he offered his take on the limited role he believes the federal government should have in curbing school shootings.

Heller gave a speech that focused on his legislative accomplishments, including a tax code overhaul, during a luncheon at UNLV hosted by the Las Vegas Metro Chamber of Commerce. He then took two questions from a moderator about gun violence and the country he referred to as the greatest threat to the U.S.

“I know the president called it off, but I think the whole purpose of that is to bring North Korea back our way,” Heller said about the summit. “I think this president has a unique way … to negotiate and I’m convinced that North Korea will come back at the end of the day. And that’s great news.”

Heller praised the progress that diplomats have been making during the Trump administration, and said a successful summit will depend on China and South Korea. China should be eager to support a peace because they don’t want a trade war, which Heller said could put a quarter-billion Chinese out of work overnight.

The senior Nevada senator, who faces what’s expected to be one of the toughest re-election battles in the country, also weighed in with his prescription for addressing school shootings.

“We’re in a terrible spot with these kinds of crimes,” he said. “It’s now become the crime of choice for young white male adults and we’ve got to figure out how to stop it.”

Heller pointed out that he sponsored “Fix NICS” legislation that was passed as part of the omnibus spending bill and “put a tremendous amount of money” into improving the National Instant Criminal Background Check System. He also said he supports grants to states so they can decide what kinds of security upgrades they want for their schools.

“I don’t believe that we should have a one-size-fits-all approach. I think it’s a state by state issue,” he said, adding that he’s interested to see what recommendations come from Gov. Brian Sandoval’s recently convened school safety task force. “What you saw in Florida — Florida’s legislature got together the weekend after that shooting and passed some provisions that they thought were best for the state of Florida. I want California to do the same thing. I want Idaho to do the same thing.”

Heller framed himself as the senator standing between Nevada and Yucca Mountain: "Without my leadership in the US Senate, Yucca Mountain will get the green light.” He also spent time highlighting the Republican-led Congress’ work in cutting taxes, removing regulations in an effort to boost small and medium-sized banks and tackling a backlog in Veterans Administration claims.

Heller didn’t make himself available for interviews after the luncheon. Asked by a reporter to comment on the federal government’s practice of separating immigrant families at the border, he said “I’ve got to go to another event” and continued walking.