At Republican club, Laxalt calls governor's race the contest of a generation for Nevada 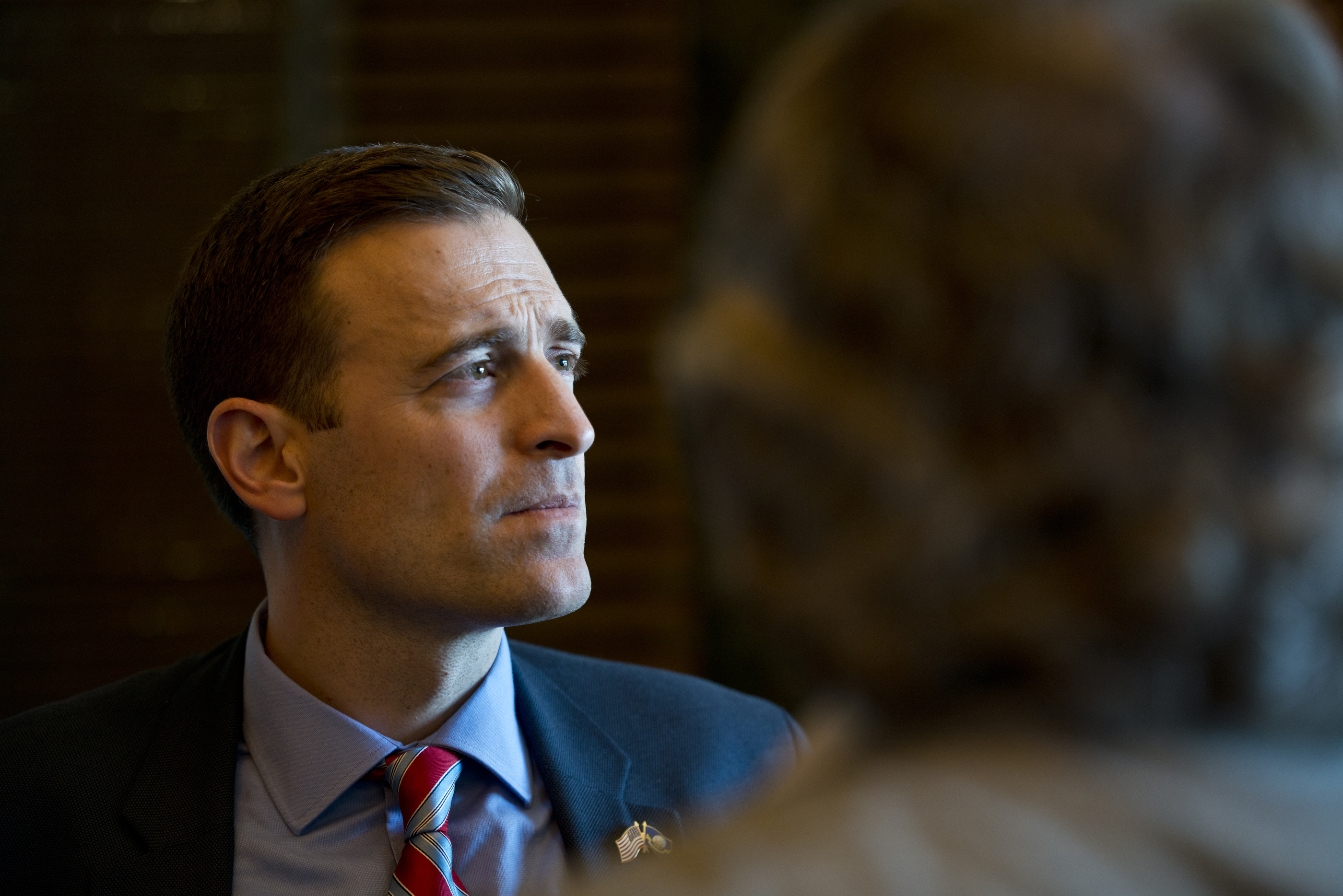 Republican gubernatorial candidate and Attorney General Adam Laxalt underscored the high stakes of the Nevada governor’s race on Tuesday, saying the state is perilously close to becoming a Democratic state and acknowledging the prospect of a “blue wave” in the 2018 election.

Laxalt delivered remarks and took some audience questions at a standing-room-only Republican Men’s Club luncheon at the Bali Hai Golf Club. He started his speech by recognizing it was the birthday of the late Ronald Reagan, whom he called “our greatest president,” and said the state was at a crossroads similar to the one the country was at when Reagan took office.

“Are we going to slide inevitably toward the California way — more taxes, more spending, more regulation, sanctuary states?” he asked. “This race is as important for that future as any in this generation.”

He argued that legislative Democrats, who have a good chance at retaining both chambers, have become less willing to work across the aisle in recent years and more willing to push a liberal agenda. The only thing sparing Nevada was Gov. Brian Sandoval’s 40-plus vetoes, Laxalt said.

“We could wake up in a few years and be trending to a deep blue state,” he said.

He urged attendees to volunteer for his campaign and leave the comfort zone of people they know well to “sell” conservatism to a wider audience when they left the luncheon.

Laxalt highlighted accomplishments from his time as attorney general, including creating a “federalism unit” that challenged “an all-out assault on our constitutional system” during the Obama administration, and the first conviction ever under the state’s sex trafficking statute. He also fielded several questions audience members had written on index cards, although his campaign declined to make him available for an interview after the event.

Treasurer Dan Schwartz, Laxalt’s Republican primary opponent and the perceived underdog in the race, attended the luncheon along with various other Republican candidates.

“First of all, the guy’s obviously got to eat his lunch instead of answering people’s questions,” he said in an interview after the speech, referring to when Laxalt told audience members he would only take two more questions and that he wanted to eat his lunch. “It’s your job as a public servant to answer people’s questions. If you have time for lunch, go for it. There’s an arrogance there.”

He also criticized what he said was a lack of specific policy proposals.

“It’s empty words,” Schwartz said. “Give me some ideas.”