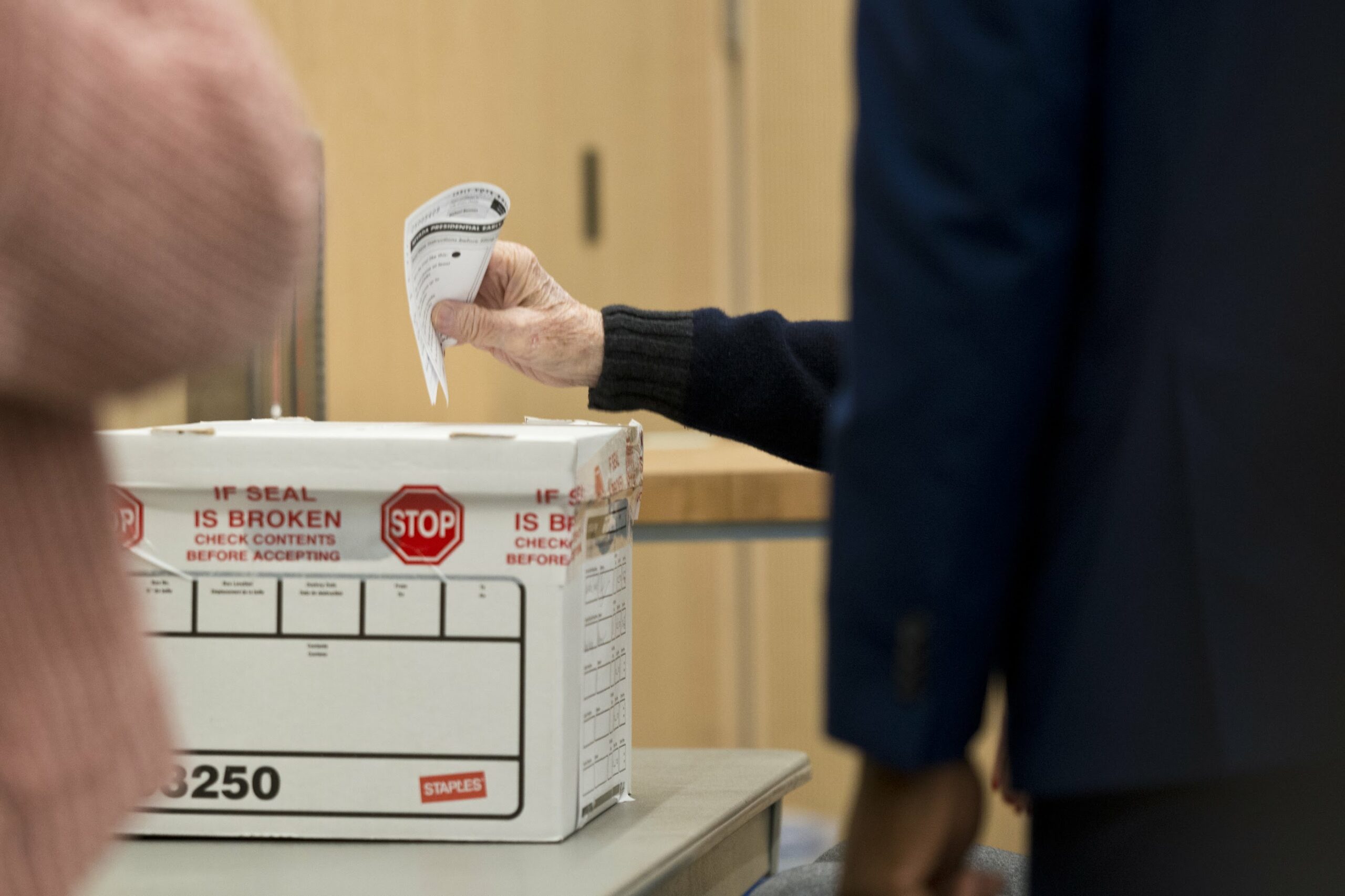 Carson City District Court Judge James Wilson said he’ll have a decision ready “as soon as possible” after a nearly nine-hour evidentiary hearing Wednesday in the lawsuit seeking various changes to how the state’s most populous county processes mail votes and allows for volunteers and others to observe the counting of ballots.

Wilson on Friday rejected a request by the president’s re-election campaign and the state Republican Party to issue an emergency restraining order stopping mail ballot counting in the county until a “meaningful” observation plan could be put in place.

Any major changes to the county’s current system for processing mail votes — more than 294,000 mail ballots have been returned as of Wednesday — could lead to substantial delays and a high risk that the county would not be able to finish counting ballots by the deadline imposed in state law.

Clark County Registrar Joe Gloria, who was cross-examined during the hearing, said he was fairly confident that the county would not be able to process all returned ballots if the court orders them to stop using a ballot-counting and signature-verification machine, which checks and accepts about 30 percent of mailed-in ballots (the rest are checked by election workers).

But on Wednesday, attorney Jesse Binnall — representing the Trump campaign and state party — said the plaintiffs have narrowed their request for an emergency order to five things; “meaningful” observation of every stage of ballot processing; a camera inside the vault used to store ballots in a county facility; an end to separating ballots and envelopes sequentially; a way to “challenge” mail ballots; and for the county to cease use of a machine that automatically checks signatures before county employees check them by hand.

But attorneys for Secretary of State Barbara Cegavske, Clark County and the state Democratic Party (which intervened in the case) said that those requests lacked the standing necessary for Wilson or any court to take the substantial step of changing election procedures less than a week before Election Day.

“All of the evidence that they have submitted today is speculative,” Clark County attorney Mary-Anne Miller said during the hearing. “They have not identified any error or any fraud that's taking place on behalf of any voter.”

Deputy Solicitor General Greg Zunino, representing the secretary of state’s office, added that the aim of the lawsuit was generally murky, and that it appeared it was being brought to disrupt ballot-counting in the most Democrat-friendly county in the state.

“I want to be candid: Clark County is a blue county, and this is a numbers game,” he said. “And they, quite frankly, would like to exclude as many ballots or signatures in Clark County as they can. They want a higher rejection rate in Clark County, and it's all about crunching numbers at this point.”

Much of Thursday’s hearing included testimony from about a half dozen Trump campaign volunteer poll observers, who outlined a variety of concerns ranging from signature verification, an inability to clearly see the ballot processing machine or challenge any potential irregularities, county staff moving ballots into rooms without observers and potential issues with signature verification.

Many of the poll observers testified that they had seen issues that could potentially lead to electoral misconduct, such as not being able to fully see all ballot processing stations or signature verification machines, county employee “runners” bringing ballots to rooms without observers, or not being able to dispute any potential illegal or illicit activity to election officials at the time they occur.

While none testified that they had seen outright fraud, Binnall said that the testimony indicated a troubling lack of transparency from the county’s election process, and that in the “heat of an election,” individuals might be tempted to tamper with the results without meaningful oversight in place.

Zunino, representing the secretary of state, conceded that several of the procedural defects raised by the plaintiffs could have merit, but they would better be dealt with by the Legislature, rather than ordered by a judge just a few days before the election.

“That's simply not something that the courts, pardon me, are competent to do on the eve of an election,” he said.

Zunino additionally added that a general fear of voter fraud that would “dilute” ballots of law-following voters was generally not sufficient standing for a last-minute legal request to change election laws — something that other courts, including in Nevada, have generally agreed upon in election-related cases.

“That's not a particularized injury,” he said. “That is an abstract, general injury. It's an injury to everyone.”

Binnall also challenged Gloria over the use of the county’s ballot counting and signature verification machine, which it purchased earlier this year in anticipation of a rush of mail votes owing to the COVID-19 pandemic. Gloria said the machine has so far accepted about 30 percent of signatures attached to ballots right off the bat, and that he had lowered the default settings after testing it with other groups of signatures. Signatures matched by the machine are not mechanically checked by election employees.

Binnall said that the signature verification machine generally required a certain resolution (200 DPI, or dots per inch), and that many of the signatures on file were transferred over from the state’s Department of Motor Vehicles typically had a lower resolution, below the recommended 200 DPI level.

Even though Gloria testified that his office could likely not finish the ballot count in time if use of the machine was prohibited, Binnall said it was more important to fully ensure that signatures were mechanically verified and not use a machine attempting to match signatures off of poor quality images.

“These are not heavy lifts,” he said. “Yes, it might take a little bit longer, but only 30 percent, for instance, of the votes make it through this machine anyhow.”

But Miller, the attorney representing the county, said the machine was used to capture the “low-hanging fruit” of signatures that closely resemble those on record with the office, and that there was no evidence presented that it was allowing a massive number of forgeries or other compromised ballots through.

Wayne Thorley, the former deputy secretary of state for elections, testified that Clark County’s ballot rejection rate of 1.35 percent was in line with the typical rejection rate statewide and in most other counties.

Miller added that the state Republican Party had known about the county’s plan to use the machine for signature verification as early as June (as part of earlier litigation over the state’s primary election), but had waited until ballots were actually being counted to challenge its use in court — setting up a potentially bigger disruption to the county and state’s election system than if nothing was done.

“They wait until we're in the middle, literally in the middle of counting those ballots to ask us to stop,” she said. “If we stop using that machine, we would have to go out and try to find additional election workers and train them. Mr. Gloria says it's very unlikely that we'll meet our statutory deadline, if at this late date the court comes in and orders us to change our process.”