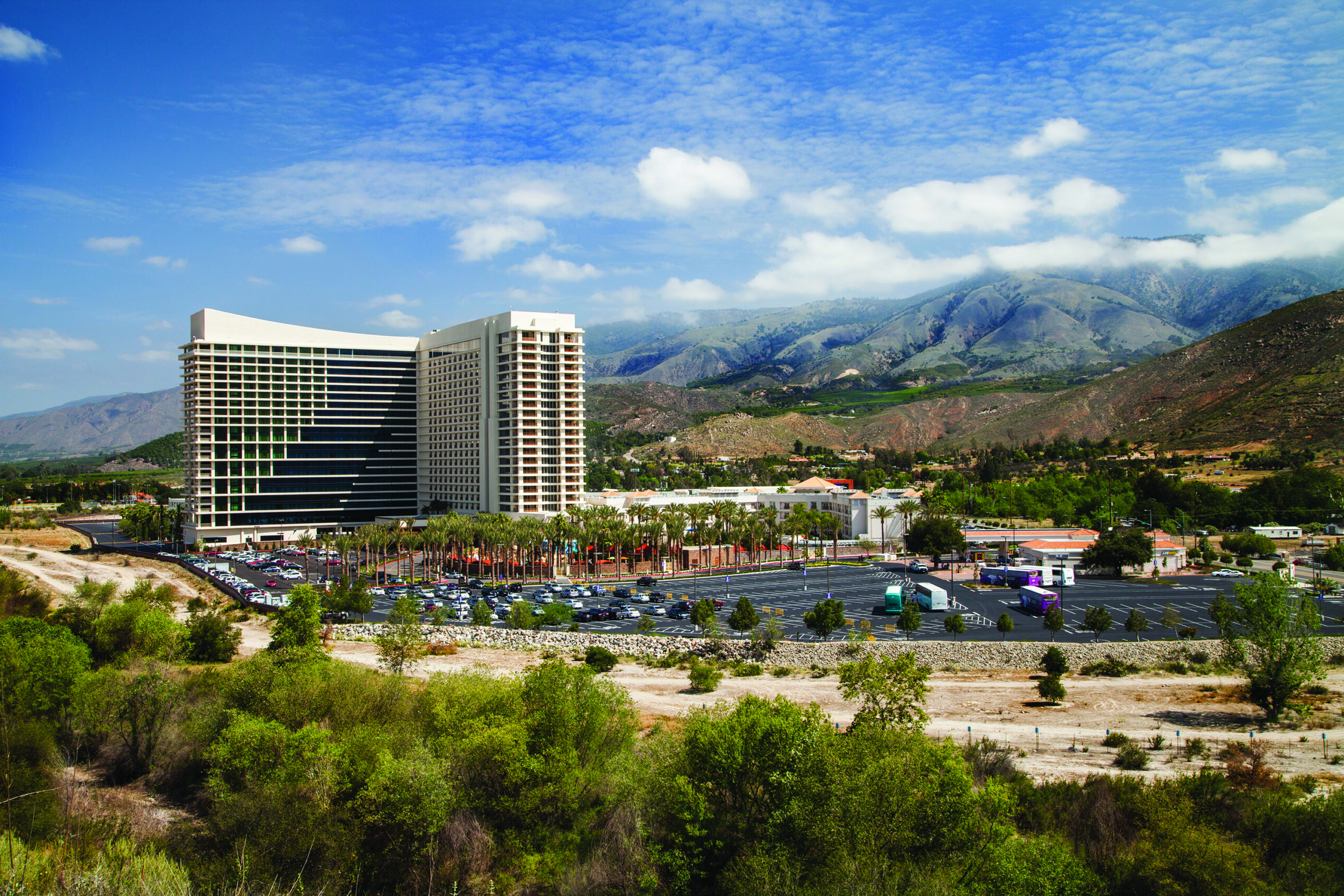 Caesars Entertainment’s neutral stance in California’s heated battle over the legalization of sports betting could render the casino company the ultimate victor once the ballots are counted.

The debate over Proposition 26, which would authorize retail sportsbooks and is backed by a coalition of tribal casinos, and Proposition 27, a mobile sports betting-only referendum funded by seven sports betting operators, has already turned vitriolic.

“Caesars may be the only winner of the election regardless of what passes,” he said. “In a hotly contested political campaign over sports betting across both initiatives, there are bound to be some distinct feelings when the dust settles.”

Reeg cited the company’s partnership in two California Indian casinos as the reason Caesars is staying out of the fray, even with predictions of a sports betting market that could produce more than $3 billion in annual gaming revenue.

“I struggle to think of a jurisdiction we would not go to in the U.S. if it opens,” Reeg said in response to a question about California by Macquarie Securities gaming analyst Chad Beynon, who asked about the company’s positioning in the state.

“We want to be everywhere, but in terms of California, we're not part of either initiative,” Reeg said.

That doesn’t mean the company won’t find a way into the Golden State should either issue pass.

Depending on how the vote plays out, Caesars could land its Caesars Sportsbook operation in connection with either property. The company has a history of operating sports betting in conjunction with Indian casinos through tribes in North Carolina and Arizona.

“We don't want to be in opposition to tribal interests when we're their partners,” Reeg said. “So we've remained neutral in California throughout. You should expect that to be the case in any state where tribes are at odds with the commercial interests.”

Caesars, one of the nation’s top four sports betting companies based on revenue, is notably absent from the coalition of seven national sports wagering providers – DraftKings, FanDuel, BetMGM, WynnBet, Bally’s Interactive, Barstool Sports and Fanatics – that are backing Proposition 27. If approved, mobile sports betting would take place in California in partnership with tribal casinos.

Caesars’ neutral stance is also saving the company money. According to PlayCA.com, a combined $365 million has been contributed by tribes, sports betting operators and other parties both for and against the two referendums.

Bussmann, managing director of Las Vegas-based B2 Global, said Caesars took the smart approach “not putting millions of dollars into a dicey political race to the bottom. Based off of the ads I’ve seen recently in California, (it) looks like a no-holds-bar game of battleship."

In Arizona, Caesars has a retail sportsbook at Harrah’s Ak-Chin near Phoenix, a casino the company has operated in partnership with the Ak-Chin Indian Community since 1994. Caesars also has mobile sports wagering in the state through an agreement with Major League Baseball’s Arizona Diamondbacks. The company recently opened a sports tavern that features a sports betting facility at Chase Field in downtown Phoenix.

Reno-based Eldorado Resorts, where Reeg was CEO when the company acquired Caesars in 2020 following a $17.3 billion buyout, inherited the Indian gaming contracts.

He was surprised by the long-term nature of the agreements. Typically, Indian casino management deals have a seven-year life span.

“I've never seen that before. [It] was a unique position when we bought Caesars,” Reeg said.

A spokeswoman for Proposition 26 said the Rincon and Buena Vista tribes were not part of the coalition that launched the initiative effort in 2019. However, both tribes are members of the California Nations Indian Gaming Association, which is backing the proposition.

Rincon is part of a coalition with Southern California’s San Manuel Band of Mission Indians and Northern California’s Wilton Rancheria that was pushing for a tribal-only mobile sports betting opportunity. The potential referendum is being held back until the 2024 election.

Caesars Executive co-President of Digital Eric Hession said the company offers sports betting in 24 states and the Canadian province of Ontario. In 18 of the jurisdictions, Caesars operates mobile sports betting.

In the second quarter, Caesars’ digital platforms – sports betting and iGaming – produced $152 million in revenue, up almost 30 percent from a year ago. However, total cash flow saw a loss of $69 million. Reeg said the company has made cuts in promotional budgets and sliced the costs associated with customer acquisition efforts to reduce losses in July, which is part of the third quarter.

“Given that we damn near turned profitable in July, I'm extremely confident that we will be a profitable business at least by the fourth quarter of 2023,” he said.

Most of the major sports betting operators have suffered losses tied to high promotional spending and Caesars, because of its launch of an improved technology platform last year, played catch-up.

California’s potential market, whether it’s retail sports betting, mobile sports betting, or both, could increase customer acquisition costs. And with 12 percent of the total U.S. population, California is too lucrative an opportunity to pass on.

That number is what drives DraftKings CEO Jason Robins and his company’s backing of Proposition 27. He said the message has been the initiative’s language that includes using 85 percent of the revenue to fund programs for the homeless and mental health efforts.

“There are quite a few benefits for California and we're focused on trying to articulate that to the voters,” Robins said last week on his company’s second-quarter earnings call. “I continue to believe that we'll get this over the line.”