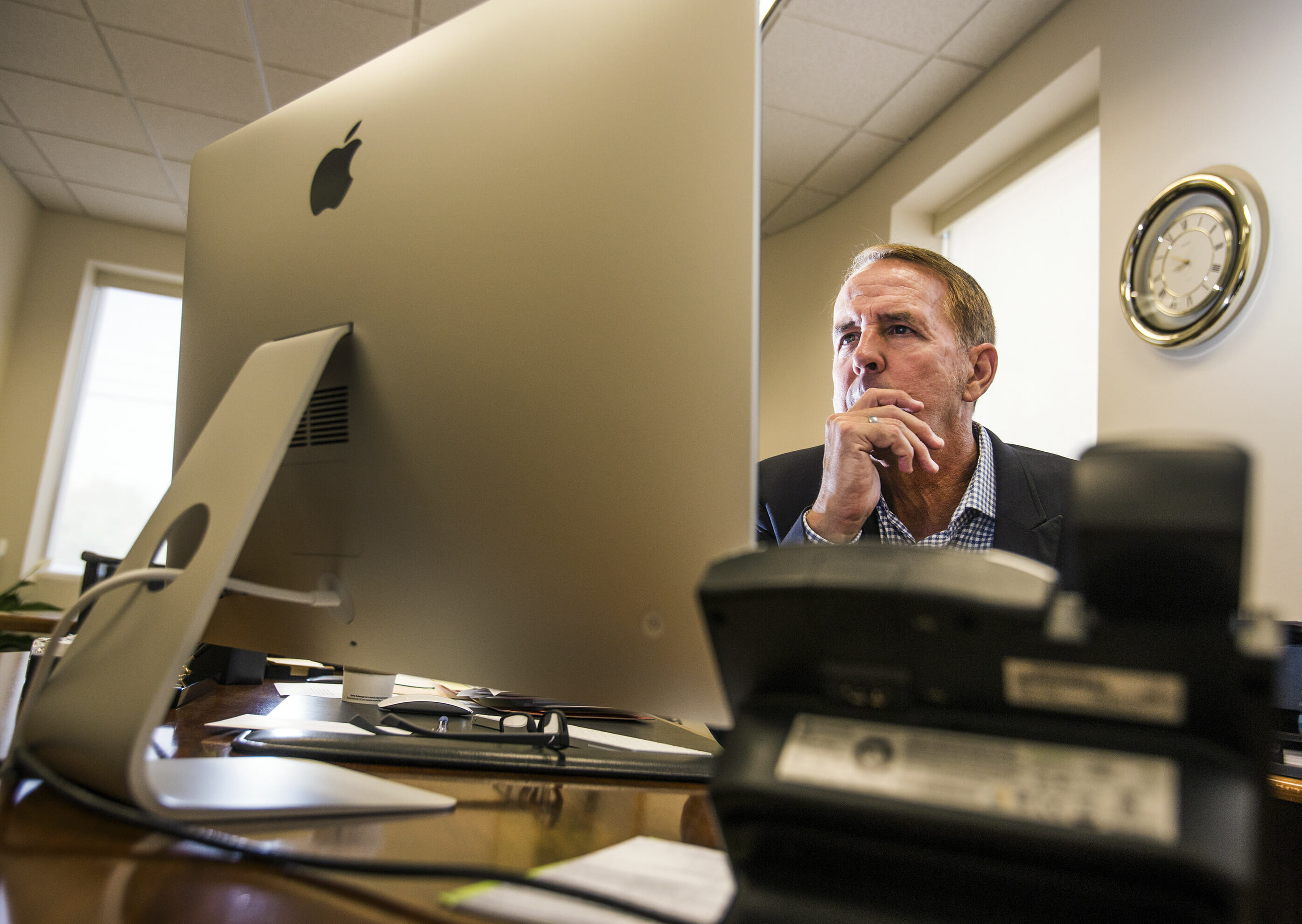 Thom Reilly, chancellor of the Nevada System of Higher Education, will not seek to renew his contract when it expires in August 2020.

The chancellor informed members of the board of regents on Wednesday about his intention not to stay past next year. He plans to return to Arizona, where he has been on a leave of absence from a tenured public policy professorship, and where he’d be in the same city as his partner of 34 years.

Regents Chair Jason Geddes said Reilly had expressed early on that he had been taking a leave of absence and might not stay long-term.

“He's done a great job,” Geddes told The Nevada Independent. “We’re grateful he helped us out during the time he was able to.”

Reilly took the helm of the higher education system in August 2017, after a national search for a replacement of former Chancellor Dan Klaich failed. Reilly’s three-year contract included a base salary of $425,000 plus perks such as a $10,000 host account and an $8,000 car allowance. Regents approved a 3 percent raise for him last fall after a positive performance evaluation.

In a self-evaluation dated June 28, Reilly formally requested no further increases to his compensation, including cost of living adjustments.

The chancellor served as Clark County manager from 2001 to 2006 before spending six years directing the social work program at San Diego State University. Immediately prior to taking the chancellor role, he worked as the director of the Morrison Institute for Public Policy at Arizona State University.

Geddes pointed to Reilly’s work building partnerships with the K-12 system, especially in Clark County, as one of his greatest accomplishments. NSHE earlier this year entered into a memorandum of understanding with the Clark County School District to bridge the gap between high school and higher education, including through dual credit programs and a change in strategy on remediation courses.

Geddes also said Reilly “helped improve the image of the NSHE” after a period of upheaval.

Reilly said he hopes his legacy will be “to come and establish some very concrete goals that made a difference in moving the needle in student success,” and that “I was able to help very clearly define what the goals of higher education will be and how we will judge ourselves.”

Reilly has tried to refocus the board on its strategic plan, shaping meeting agendas and convening summits around the five goals of student access, success, closing the achievement gap, workforce and research. He’s overseen the hiring of several presidents in the system and presided over partnerships that offer college for free for former foster youth and MGM employees.

His tenure has included challenges such as the departure of UNLV President Len Jessup amid questions about how Jessup handled a gift to the UNLV Medical School. The system also faced strife during the legislative session, including the underfunding of 3 percent raises and the Legislature’s decision not to fund university “capacity building” initiatives.

Reilly said that while NSHE is grateful for an 11 percent increase in overall funding from the Legislature, some lawmakers still have a negative impression of the system — especially the regents. Legislators are also suspicious that NSHE has hidden pots of money, and they aren’t sold on certain initiatives at the universities, he said.

“We haven't done a good job of convincing legislators that research is important,” Reilly said.

Geddes said a year should be enough time to seek input from the higher education community to determine what kind of search to conduct and to find a replacement.

Reilly himself will be leading the search effort, noting that it should follow the structure of college presidential searches. The hunt likely will not begin in earnest until October.

Until then, work on the system’s goals continues as he heads out.

“We still have an aggressive agenda,” Reilly said.