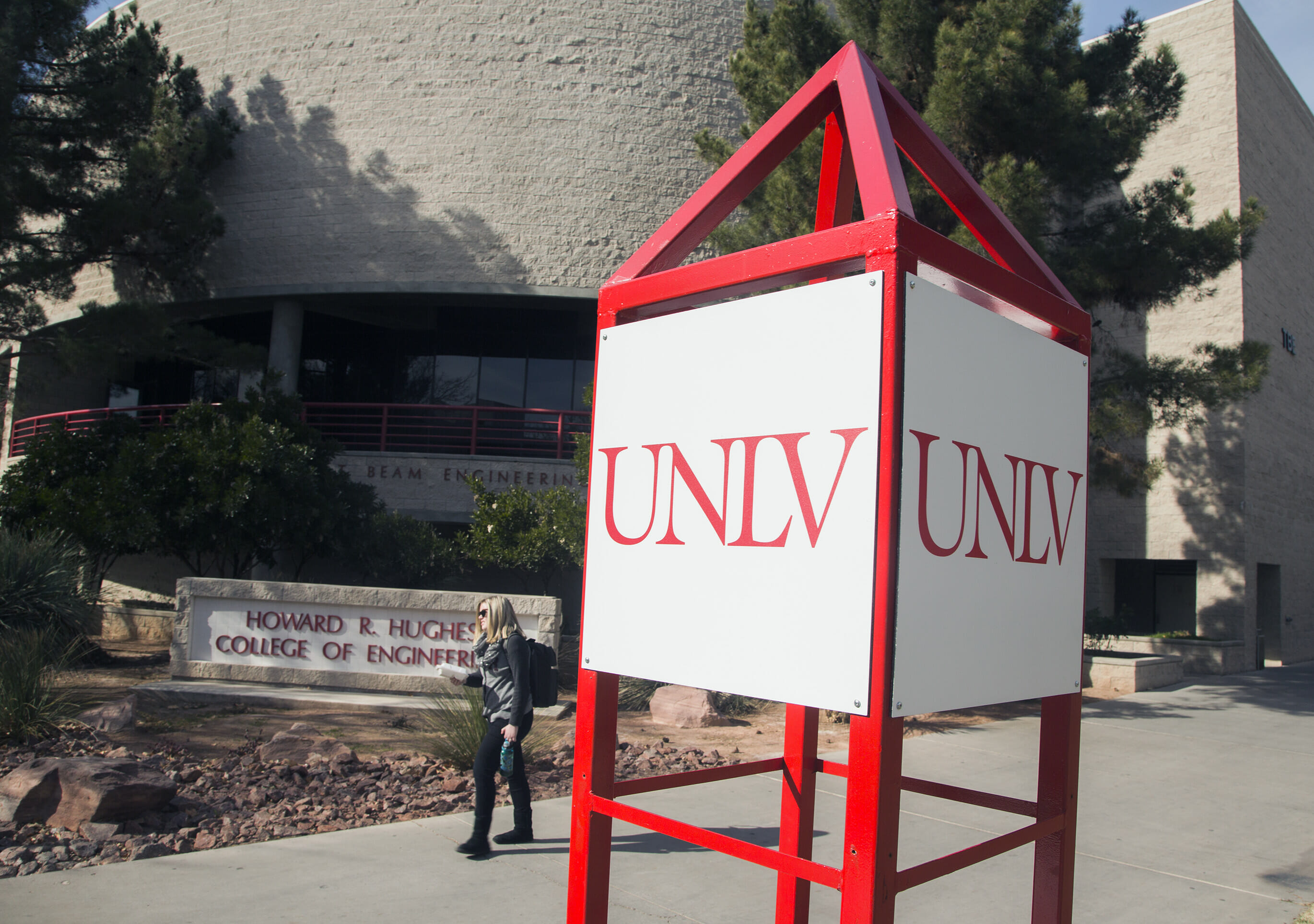 In a surprise reversal Friday, UNLV President Keith Whitfield announced that the university was planning in-person commencement ceremonies for 2020 and 2021 graduates to be held outdoors at Sam Boyd Stadium in late May.

The change makes UNLV the first higher education institution in the state to make such plans, and marks a major milestone in the increasingly rapid transition away from strict virus-related restrictions and toward the expected “new normal.”

UNLV had announced in February that graduation ceremonies would be held virtually, though Friday’s change follows news earlier this week that all eight institutions in the Nevada System of Higher Education were making plans for vastly fewer restrictions to on-campus activities this fall, including gatherings and classroom instruction, pending changes in pandemic conditions and state guidelines.

In a letter to the campus community, Whitfield said the change had come as part of a “gradual transition to some sense of normalcy as long as the downward trend of the pandemic continues.”

“This decision may surprise some, but I have given it much thought, and I absolutely believe we can offer a traditional commencement while adhering to public health guidelines,” Whitfield wrote. “Graduation is the culmination of a student’s educational journey and is a significant milestone in their UNLV career. We need to make every effort to provide an experience our graduates so richly deserve.”

Friday’s announcement was not without caveats. Whitfield also said in part that the university was still working with the state and that “any sustained setback in the fight against COVID-19” may necessitate adjustments to current plans.

Amid an expanding vaccination program and gradually warming weather, the number of newly reported coronavirus cases, hospitalizations and deaths has plateaued far below the winter peaks.

As numbers have improved, state and federal officials have rapidly advanced the timeline under which most people will be eligible for vaccinations. Less than a week after President Joe Biden instructed states to open vaccinations to all adults by May 1, Gov. Steve Sisolak announced that Nevada would open up vaccines on April 5.

UNLV Executive Vice President and Provost Chris Heavey said the decision to move to in-person ceremonies had come about just in the last few weeks, as timelines accelerated and the governor lifted capacity restrictions on large gatherings to 50 percent.

“We really looked at the timing about where we thought things would be in the middle of May and so over the last few weeks we've been starting to lay the foundation for the this decision, and where we're at now is still seeking the final approvals that will be necessary for the county and the state,” Heavey said. “But we've had preliminary conversations with them that leaves us hopeful that we'll be able to actually have this ceremony.”

Heavey said commencement would stretch over three to four ceremonies rather than the traditional two, in order to accommodate graduates from last year who participated in virtual graduations.

Pending state approval, Heavey said new 3-foot distancing guidelines unveiled by the CDC Friday would make a near-full ceremony of roughly 2,000 graduates “much more viable,” and would allow each graduate to bring up to four guests for roughly 10,000 attendees total.

Still, even as federal, state and local health officials have relaxed guidelines, concerns remain among health officials over the possible increased spread of COVID-19 variants, which have caused spikes amid stalling vaccination programs in Europe and a noticeable uptick in cases in the Northeast U.S.

And transmission rates — though far lower than their peaks in December and January — still remain high in Clark County, according to the CDC.

In any eventuality, Heavey said the university should have a much firmer idea of whether plans will need to change once again within the next four to five weeks.

“As we saw, a year ago, literally today, you know how quickly you can pivot if you need to,” Heavey said, referencing the sudden switch to online learning last March. “And so I think you can't take it to the bank until you know literally just a few days beforehand. But, by mid to late April, we should have high confidence that we can proceed or will have changed direction.”