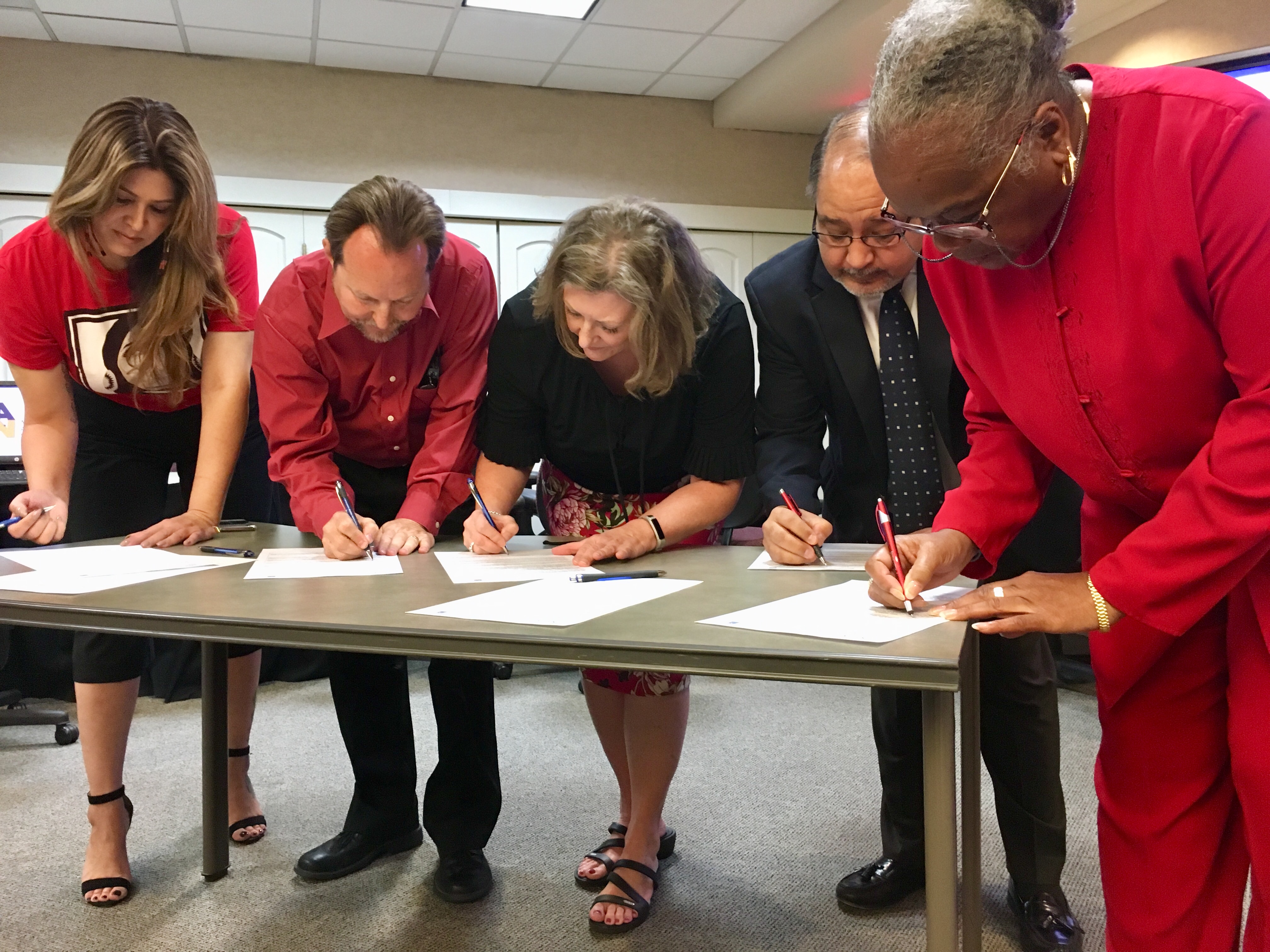 An ongoing spat between the statewide teachers’ union and its Clark County affiliate over money and operational strategy has ended in a severed relationship — and the birth of a new labor organization.

The Clark County Education Association voted Wednesday night to disaffiliate from the Nevada State Education Association, a decision that has been more than a year in the making. Eighty-eight percent of the roughly 700 CCEA members who participated in the election cast votes to cut ties with the statewide teachers’ union, the union’s executive director, John Vellardita said.

CCEA officials said membership stands at 10,915, meaning roughly 6 percent of its members participated in the election.

“We have officially broken away from them,” he said Thursday morning. “They are an ATM machine. They expected educators in Clark County to subsidize the entire state and its operations for a flawed political agenda that doesn’t advance public education in the state.”

But the statewide teachers’ union turned around and launched a new local arm — the National Education Association of Southern Nevada — that will try to poach members from CCEA. NSEA President Ruben Murillo and several Clark County School District teachers announced the new organization, saying it will serve as the true voice of local educators who have grown disenfranchised with CCEA.

“Our organization, NEA-Southern Nevada, has great intent and intentions to reach out to the membership and engage everyone so we can find out what it is they need and do what’s right by them — something I feel CCEA has been lacking in the last few years,” he said.

But CCEA leaders contend its organization will be stronger now that it won’t be sending 70 percent of membership fees to NSEA and the National Education Association. CCEA members’ dues will drop to $510 from $810.50, Vellardita said.

The union leader also said CCEA plans to introduce new benefits for members such as professional liability and group life insurance options, expanded professional development programming and a legal defense fund that would foot the cost of litigation to “best advance and defend the interest of members.”

Vellardita brushed aside any notion of concern that NSEA’s new local affiliate could put a dent in CCEA’s membership or threaten its existence. He said the dual-union concept is designed to “circumvent, undermine and then replace the existing union.”

But CCEA remains the collective bargaining unit and, therefore, still negotiates the contracts with the school district, Vellardita said. He said the union would take legal action against the district if it engages in “aiding or abetting” NSEA in a way that undermines CCEA.

As far as Murillo is concerned, though, the new local union won’t have any problem attracting members. The NSEA president said his phone lit up Wednesday night when teachers heard about the new organization.

“Hundreds of teachers have already been reaching out to us saying, ‘How do we get involved in an alternative option to CCEA?'’’ he said.

Murillo said NEA-SN’s membership dues will be less than $500, and the organization will focus on amplifying the voices of teachers through methods such as member engagement, attending school board meetings and providing input during negotiations. NEA-SN members will also have full access to the benefits provided by the national parent organization.

“It doesn’t just take one union to do collective actions out in front of the school district,” he said.

Although CCEA and NSEA’s paths are diverging, they’re still duking it out in court. The entities filed dueling lawsuits against each other in September over membership dues.

School district officials did not immediately respond to requests for comment about the union situation.

The tension between the two unions has spilled into the political arena as well. NSEA has endorsed Chris Giunchigliani in the Democratic gubernatorial primary, while CCEA has done the same for Steve Sisolak.