Coronavirus Contextualized, 20th edition: Exploring, through data, COVID-19 in Nevada and beyond 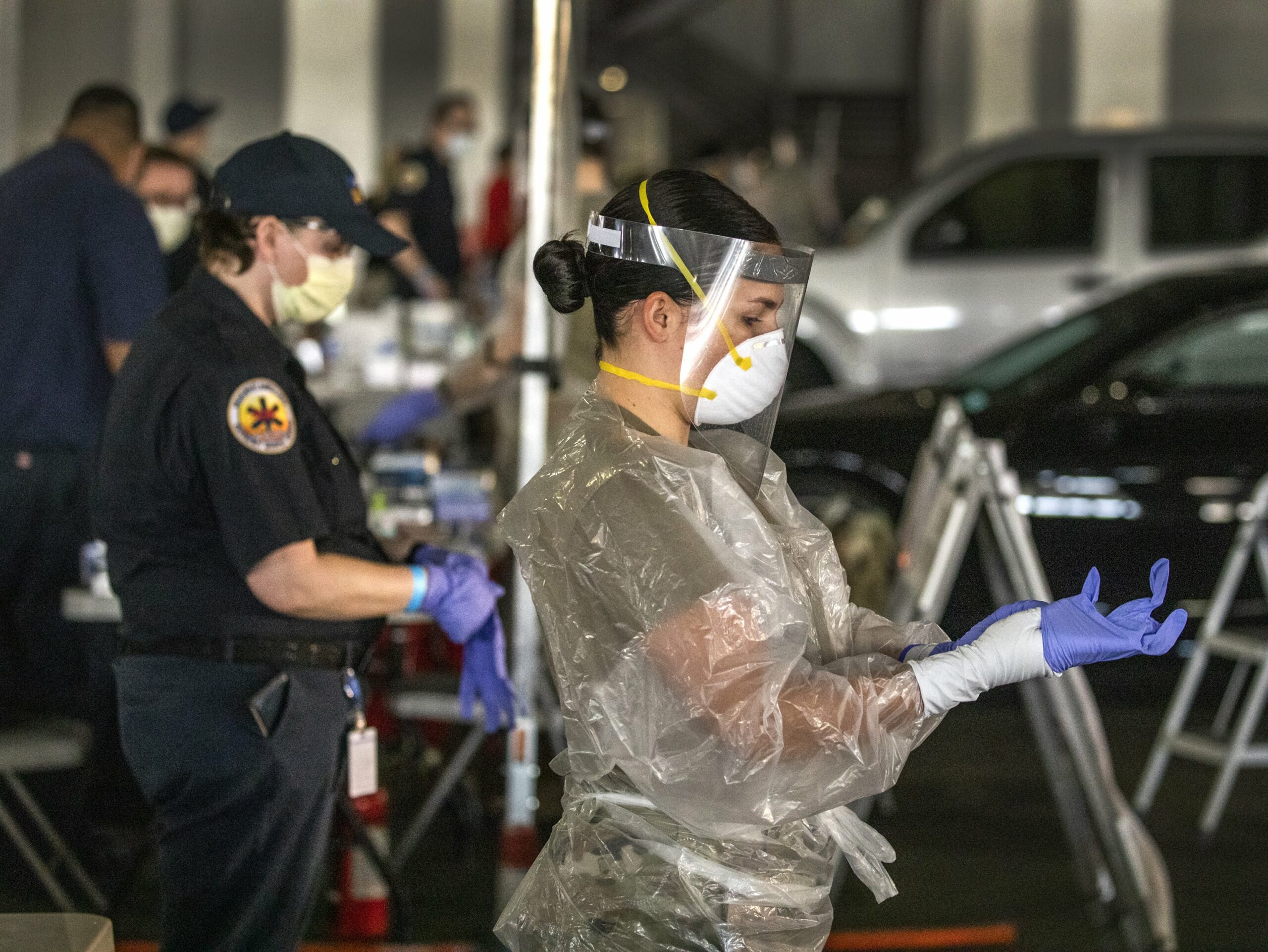 Welcome to the 20th installment of “Coronavirus Contextualized,” a recurring feature in which we explore some of the numbers swirling around in the time of coronavirus.

Below, we take a look at some of the latest COVID-19 trends in Nevada, as cases continue to decrease across the state but seven of the state’s 17 counties remain at elevated risk of disease transmission.

Statewide, there have been 2,218 COVID-19 cases reported for every 100,000 residents, meaning about 2.2 percent of the state’s population has tested positive for COVID-19.

However, it’s often better to look at case data through a seven-day average, which smooths out any one-day outliers in the data. As of Thursday, the seven-day average of new cases reported each day was 519, up slightly from the previous day’s average, 515, but still significantly down from the high point of 1,176 on July 20.

The daily test positivity rate, which looks at the number of new people who tested positive each day as a percentage of new people tested, has not followed the same trend. The seven-day average daily test positivity rate was 15.8 percent on Thursday, down from a high point of 26.2 percent on Aug. 5, but with significant day to day fluctuations. (These numbers are calculated based on the numbers reported each day, not the day that people were actually tested.)

The state, however, calculates the seven-day average test positivity rate differently, operating on a lag and looking at the number of positive tests as a percent of total tests, instead of positive people as a percentage of total people. State officials have acknowledged that calculating the test positivity rate this way drives the numbers slightly down, compared to the people vs. people method; however, it also offers a better day-to-day representation of the percentage of tests coming back positive or negative, which can be helpful with a significant portion of patients seeking out repeat testing.

The state’s seven-day average test positivity rate was 12 percent as of Tuesday, up from 11.1 percent on Saturday but down from 15.7 percent in mid-July. The state’s data shows a generally decreasing trend, though they also show significant day to day fluctuations.

The number of new tests reported each day has also been fluctuating. As of Thursday, an average of 6,084 new tests were being reported back each day on average over the last seven days, down from a high of 12,260 in late July.

State officials have noted that COVID-19 deaths tend to lag cases by about five weeks. If the average daily new cases peaked on July 20, that means that the peak deaths should be on or around Aug. 24.

The data show that the state hit a high point of deaths on Aug. 20, when the seven-day average of new deaths reported each day was 20.7. Since then, there have been some day-to-day fluctuations, however the number of new deaths reported each day have generally decreased, sitting at 14.3 as of Thursday. However, more data are needed in order to see whether this is a consistent trend.

COVID-19 hospitalizations continue to be on the decline, dropping below 800 this week. As of Wednesday, the most recent day for which hospitalization data is available, there were 727 people hospitalized with COVID-19, down from a high point of 1,165 hospitalizations at the peak on July 31.

The Nevada Hospital Association reported in its most recent daily memo that “concerns regarding healthcare infrastructure saturation have diminished throughout Nevada at this time” and that hospitals report “sufficient capacity and capability to treat all patients who require hospitalization.”

Some facilities, the associated noted, are experiencing “high all-cause occupancy rates,” while health care infrastructure across the state remains in “fair” condition.

A new report from the hospital association released this week found that while people of some ethnicities may be at higher risk for contracting COVID-19, “there is not a disproportionate share of any one race over another that requires intensive care.” However, the report did note that patients who identified as Asian required mechanical ventilation disproportionately more compared to other racial groups, though they did not require a disproportionate amount of intensive care treatment.

Those three counties, in addition to Churchill, Lander and Nye counties, remain at elevated risk of disease transmission this week and were required to have their COVID-19 action plans reviewed by the state’s COVID-19 Mitigation and Management Task Force on Thursday. Lyon County was also newly determined to be at risk this week and will be required to submit an action plan next week if it remains at risk.

Counties are considered at elevated risk of the spread of COVID-19 if they meet two of the three following criteria: