Cortez Masto visits the border, detained immigrants: 'It was so heartbreaking' 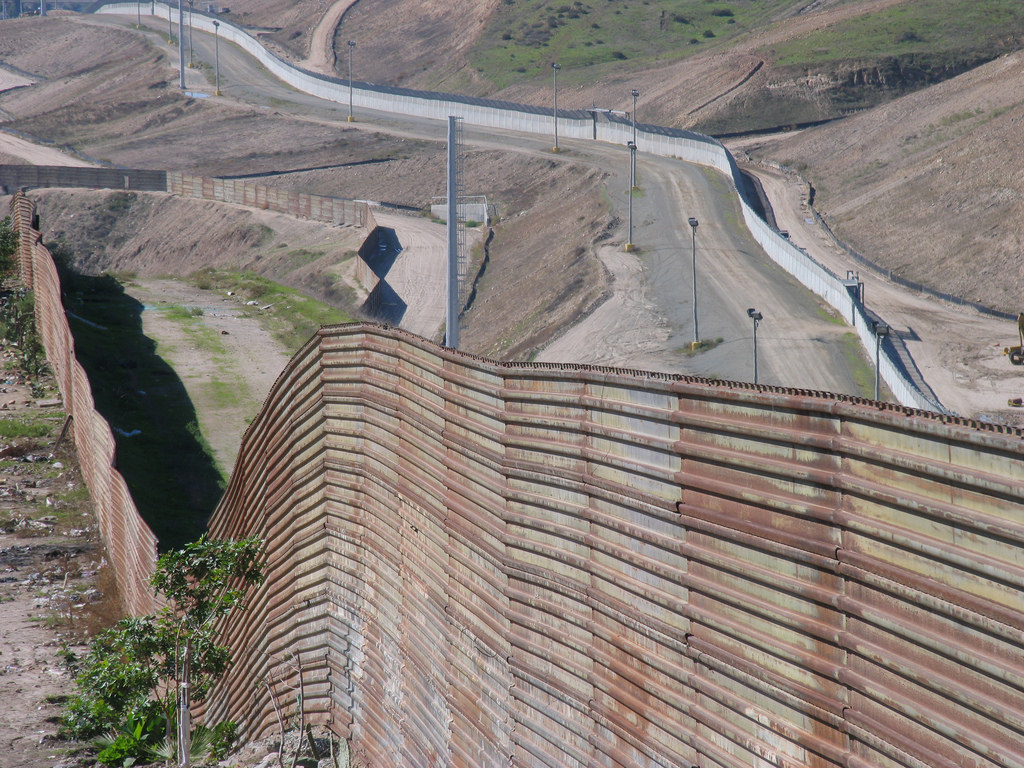 BROWNSVILLE, Texas -- In the wake of national uproar over the Trump administration’s practice of separating immigrant families at the U.S.-Mexico border, Nevada Sen. Catherine Cortez Masto is getting a firsthand look at some of the facilities where border crossers are being detained and where federal officials say they’ll be reuniting families.

Cortez Masto’s tour on Monday comes four days after President Donald Trump signed an executive order that seeks to keep immigrant families together, but as a “zero-tolerance” policy announced by Attorney Jeff Sessions remains in effect. The policy means people who seek to cross the border illegally will be prosecuted criminally and stay in detention centers for perhaps months while their cases are adjudicated, whereas previous practice (referred to by some as “catch and release”) allowed some to be reunited with relatives within the U.S. and report back when they had court dates.

"When you walk into this facility, it does look like a prison," Cortez Masto said after emerging from the Port Isabel ICE detention center in Los Fresnos, Texas, where she spoke with nine detainees. "It was so heartbreaking. I don’t know how anybody could not have listened to that and have a dry eye, and not feel that you’re just outraged and you want to protect these kids and these mothers and reunify them. These mothers had not been separated from their kids their entire lives. And now they’re being told, either you put the kid on the bus, your child on the bus, or we’re going to."

The detainees are allowed to watch TV in the center, but authorities change the channel when stories about family separation come on, Cortez Masto said. So the parents were hungry for news from her about what was happening on the outside.

"When I told them that a majority of this country saw what this administration did by separating their families, and was outraged and are now protesting, and are with them and fighting for them, they got smiles on their faces," she said. "They had no idea. No idea."

She had strong words for the president, whom she blamed for "torpedoing" legislation that would address the situation by scaring Republicans away from  signing it.

"Our president is ignorant. He has no idea of even how the process works. What I have seen out of this administration, especially this president, is an attack on immigrants for his own political gain," she said.

Cortez Masto said one of the mothers she spoke with headed to the U.S. because she was being extorted for money in her home country of Honduras. The detainees "didn’t look like hardened criminals, they look like parents or adults who were literally beaten down and concerned and sad," she said.

"Their choice is to either stay in their country and be killed, or their children be killed and raped, or come to this country where we said we have asylum laws, and if you’re being persecuted, we will look to help you and treat you like the victims you are," she said. "The zero-tolerance policy, which this administration still has in effect, does not do that ...  It’s not who we are as a country, it’s not what we have fought for in our communities."

Cortez Masto’s grandfather emigrated from Mexico in 1940, and she became the first Latina elected to the Senate when she won in 2016.

Her tour comes as various elected officials have been visiting the facilities in recent days, including Democratic Rep. Ruben Kihuen, who joined the Congressional Hispanic Caucus on a tour a week ago and Rep. Jacky Rosen, who planned to visit a tent city in the El Paso area on Monday.

Stops on Cortez Masto’s itinerary include:

In a visit to Las Vegas on Saturday, Trump made little reference to the crisis at the border during a speech at the Nevada Republican Party convention, except to say that facilities being criticized date back to prior administrations. Indeed, some of the expansion of Border Patrol infrastructure can be traced to the Obama administration.

But he spoke at length about immigration in general, taking aim at the due process the U.S. provides for people suspected of entering the country illegally and for people making a claim for asylum.

“Our immigration laws are a laughingstock all over the world … people walk in, they put a foot in, ‘Please, would you like to register?’ Other countries, they say get the hell out of here,” he said, adding that instead of 5,000 more judges, he wants more Border Patrol and ICE officers. “If they see any weakness, they will come by the millions. We have to have strong borders.”