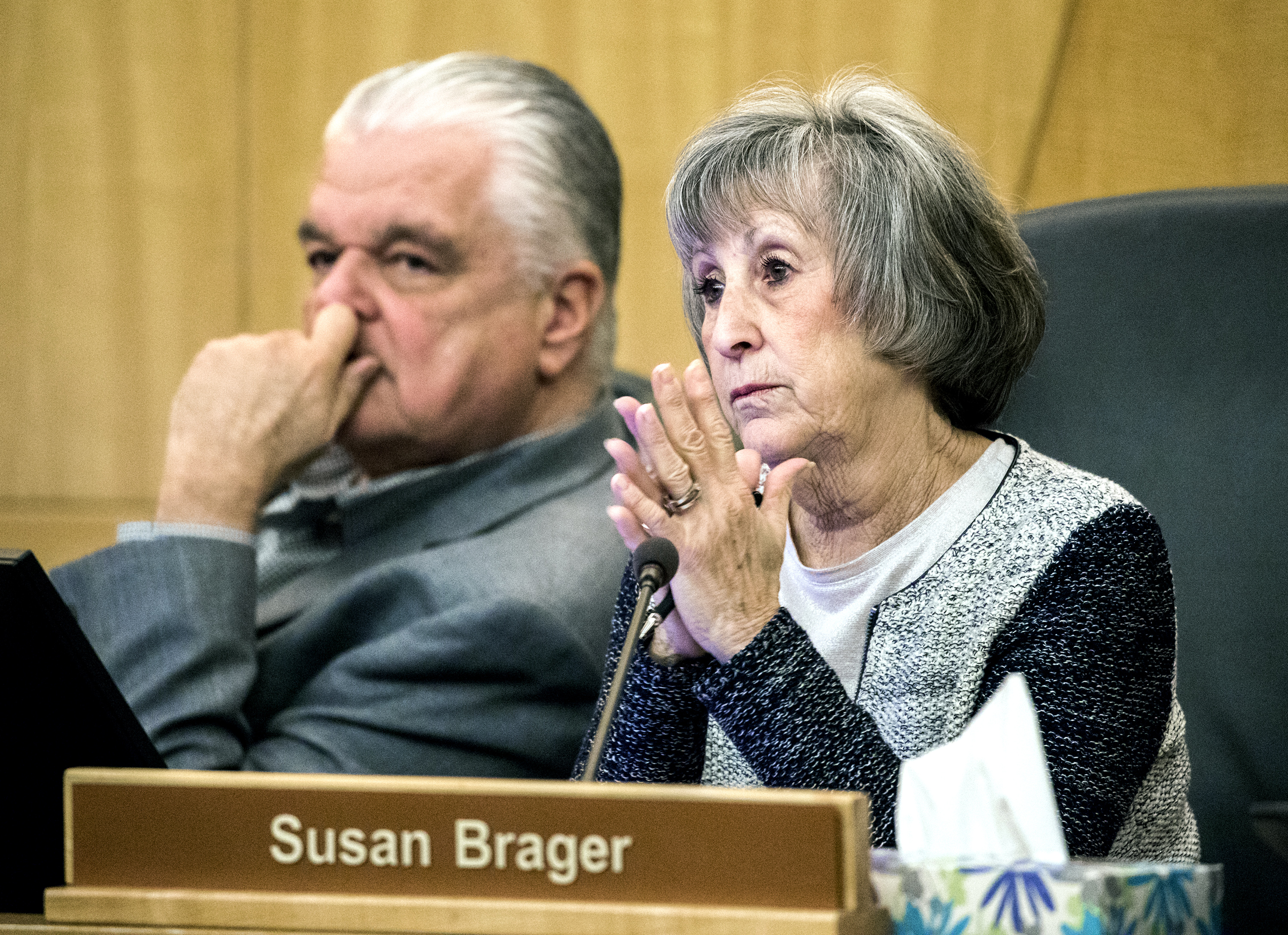 The commercial further exposes alignments on the powerful governmental body that has two commissioners — Giunchigliani and Steve Sisolak — vying for the Democratic nomination in the governor’s race. The ad featuring Brager was released by Sisolak’s campaign.

In the 30-second spot, which debuts five days ahead of the primary election, Brager describes the difference she perceives between the two candidates.

“This difference is so amazing,” she says. “Chris G. talks about problems. Steve Sisolak solves problems and brings people together to get that accomplished.”

Then she throws a sharper jab at Giunchigliani.

“Honesty matters, and if you are not going to tell the truth, as Chris G is not doing, then what will happen?” she says.

Brager’s public support of Sisolak isn’t new. Last month, she released a blistering, 370-word statement accusing Giunchigliani of misleading voters in a television ad that attacked Sisolak for his vote regarding a proposed development project near Red Rock Canyon National Conservation Area. Giunchigliani has defended the ad and made protection of public lands a key issue in her campaign.

The ad will air in the Las Vegas market on cable and broadcast channels.

Early voting began May 26. As of Wednesday, roughly 46,000 Democratic voters had cast a ballot. The primary election is Tuesday.