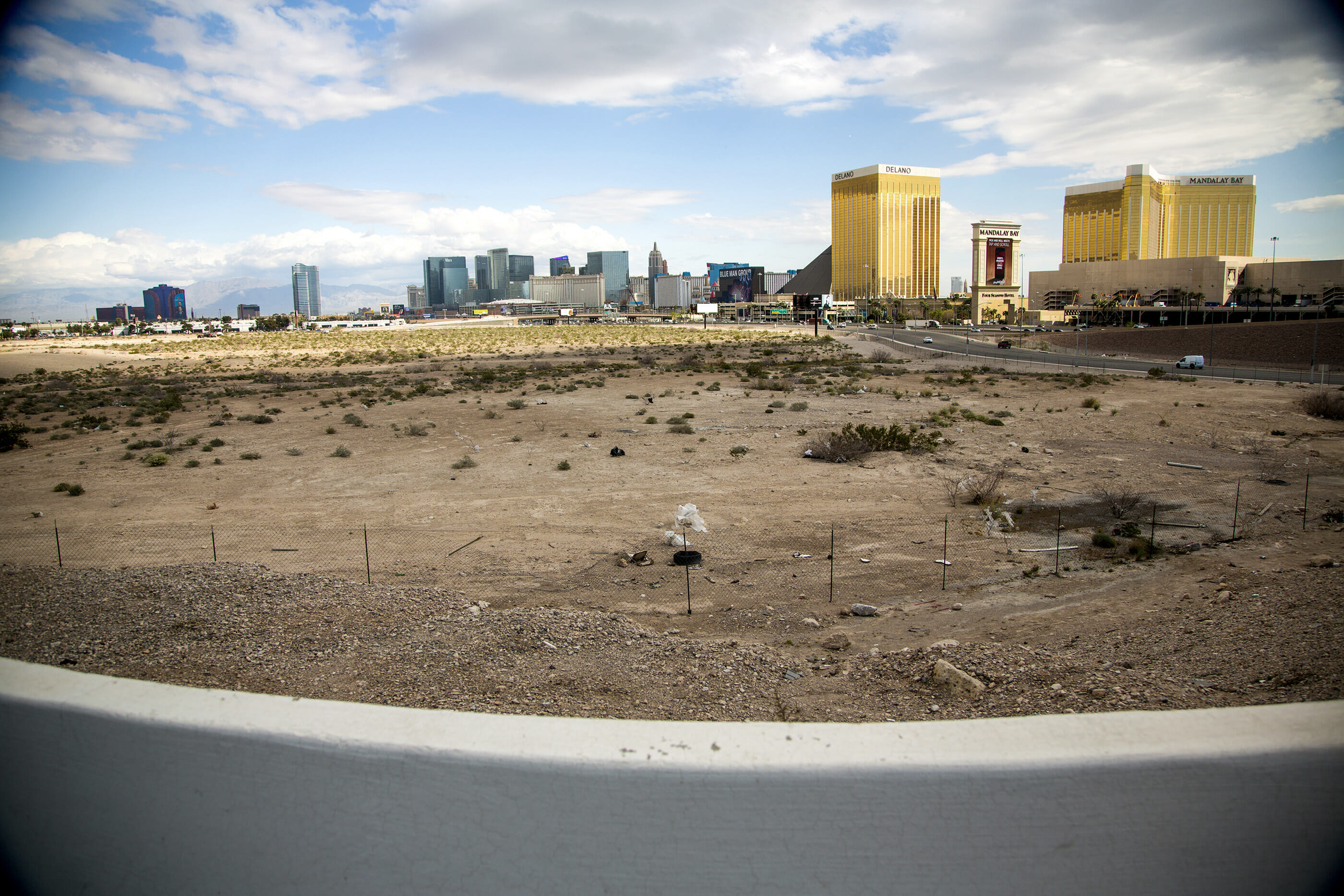 Clark County commissioners signed off Wednesday on land-use requests and waivers for the planned 65,000-seat domed NFL stadium that will house the Raiders, opening the door for construction to soon begin as the team continues to search for a suitable off-site parking solution.

The most notable waiver: giving the team a year-long extension to secure a minimum of suitable parking spots outside the proposed 2,375 spaces on the 70-acre site.

Although the project lacks 85 percent of the typically required parking spaces (one spot for every 4 seats, or 16,250 for the current stadium design), county staff recommended granting the waiver.

Staff said an analysis by an independent civil engineer determined the actual parking demand would be closer to 12,100 spots (down to 11,000 with a monorail extended to Mandalay Bay), and that the stadium development authority would have a year to secure additional off-site parking spaces before a certificate of occupancy is issued.

Don Webb, a construction consultant hired by the Raiders, pledged that the parking issue would be solved in a year’s time. He said the team was dedicated to finding an acceptable parking solution.

On-site parking spots — including nearly 200 spaces that will be available when the natural grass field is rolled into the stadium —  would be reserved for season-ticket holders and box-seat holders. County staff noted that other fans would be able to get to the stadium by walking, taxi and ridesharing dropoffs, RTC or private shuttle buses from nearby casinos or taking personal limos.

The current stadium design also calls for special drop-off and pick-up areas for ride-share or taxi transportation, and team officials including Webb stressed that building the stadium in an urban area so close to the Strip meant that it was neither possible nor desirable to have all of the parking in one location. Webb said that publicly revealing the “whole host of alternatives” for off-site parking options would put the team at a “negotiating disadvantage,” but that the team would likely have a multitude of sites to address the parking needs.

“There’s not one single place or one silver bullet that solves the very obvious parking challenge that we all knew about when we acquired the site,” Webb said. “The reason we acquired this site is not because of parking would be easy. The reason we acquired and chose that site is that it’s perfect for the location of this stadium and how it incorporates itself into the Las Vegas Strip and the resort community and the vibrancy of that area.”

The staff report and team representatives noted that many Raiders fans and stadium attendees would travel from out of town, and that getting from a hotel room to the stadium required a different set of transportation needs than a parking spot.

“While the majority of the parking is provided off-site, the analysis indicates that the Raiders have a large fan base from Northern and Southern California with many ticket holders visiting from California and other states,” the report stated. “Additionally, many fans will be staying at nearby resort hotels and walking from the resort corridor via the proposed Hacienda Avenue pedestrian bridge.”

Webb said that team owner Mark Davis was opposed to building a multi-level parking structure on the stadium site over concerns with tailgating.

“It’s just impractical to think of people barbecuing on the second or third level of a concrete parking structure where there are sprinkler heads ready to go off at any moment,” he said.

Several commissioners said they trusted the Raiders to quickly find a parking solution, and state officials generally consider it to be one of the most important stadium-related issues to address.

“We care, obviously but more importantly, the Raiders need the stadium to function at a world-class level and that includes parking,” said Steve Hill, who chairs the Las Vegas Stadium Authority. “It’s in their interests to do it. It’s in our interests to do it. I know they’re working hard on it.”

While the questions over parking continue, construction on the stadium is primed to start soon.

Prominent Las Vegas attorney Jay Brown, representing the stadium company, said approval of the permits and zoning requests would lead to “shovels in the ground” by December, and help kick off the ambitious 31-month construction timeframe required for the stadium to open for the 2020 season.

Brown’s involvement in the application and with the team is likely to lead to more speculation that the team is interested in purchasing or leasing the nearby Bali Hai golf course as a major off-site parking location that could potentially fit several thousand vehicles on game day. The golf course is developed and run by prominent Las Vegas gambler Billy Walters — who has long retained Brown as his attorney.

But Walters — who was convicted and sentenced to five years in prison over an insider trading scheme in July — has his own share of troubles with the site. The Department of Justice filed suit against Walter’s development company and Clark County on Friday over alleged tens of millions of dollars in underpaid rent.

While the permit approvals represent progress, the enormity of the stadium project is making adjustments to other timelines necessary.

Stadium Authority staff sent a memo to board members Wednesday announcing that the development agreement likely won’t be completed until February — not next month as originally planned.

The development agreement between the Stadium Authority and Raiders relies on finalized construction and design contracts as well as a total cost budget for the project, which aren’t in place yet. The Raiders are still working on aspects of the stadium design, meaning a “guaranteed maximum price” of the project hasn’t been determined, staff said in the memo.

“Based on discussions with the Raiders, we anticipate that this process will be the subject of significant discussions with the design-builder and will be completed by February 2018,” Jeremy Aguero, principal of Applied Analysis, wrote in the memo to Stadium Authority board members.

Applied Analysis, a Las Vegas-based firm, is serving as staff for the Stadium Authority.

The document delay, however, shouldn’t affect the stadium construction, officials said. Site grading, relocating utilities and other land preparations can move forward if the Stadium Authority enters into a memorandum of understanding (MOU) with the Raiders, allowing the team to proceed with those activities at its own risk.

In other words, the so-called “Enabling Work MOU” wouldn’t bind the Stadium Authority to any approval of the development agreement or the issuing of bonds.

“As much as we’d like to have these done all done next month, it’s just not going to work out given the realistic factors going on,” said Brian Haynes, a project manager at Applied Analysis.

The development agreement is just one of multiple legal documents the Stadium Authority is working to finalize. In May, the board approved a 30-year lease agreement with the Raiders.

Hill said he expects some of the other legal documents, including the much-anticipated community benefits plan, to be approved before February.

We’d like to get that in place as soon as possible so that the parameters around what’s in that agreement are understood,” he said.

The Stadium Authority meets at 1 p.m. Sept. 14, at the Clark County Government Center.