DACA deadline arrives; some fear for those who miss it 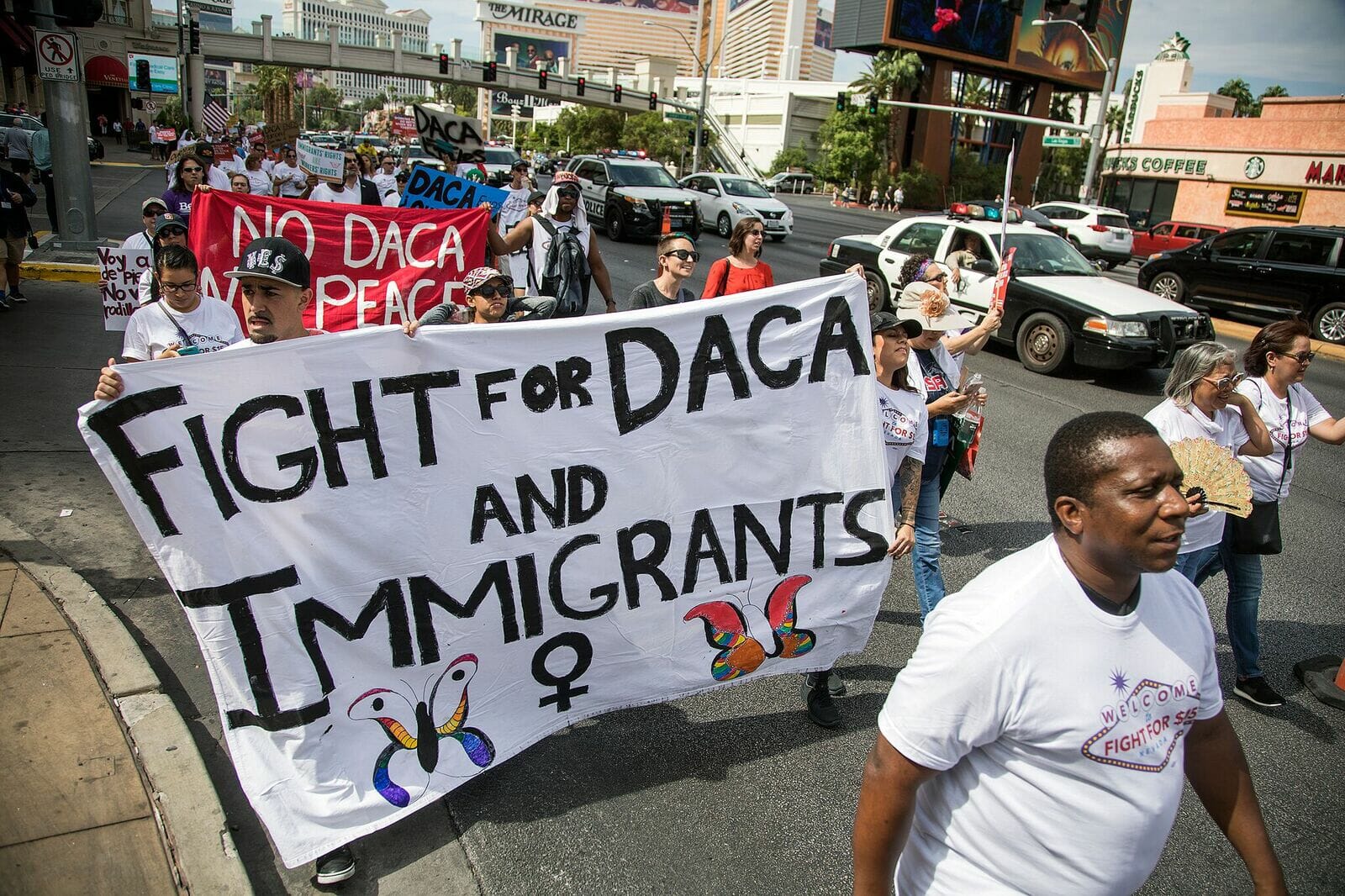 Young immigrants who were brought to the country illegally as children have hit a hard deadline — today’s the last day the federal government will accept their renewal applications for the Deferred Action for Childhood Arrivals program, which is soon disappearing under a Trump Administration directive.

Early figures provided by the Department of Homeland Security on Tuesday indicate that of the approximately 154,200 young people who were eligible to renew their DACA work permits for another two years in the past month, more than 106,000 have submitted their application. That’s comforting for some groups that were assisting people in filling out the forms and were alarmed by low demand.

“This number says to me that we should not have to worry so much, that they are reapplying. Probably people are reapplying on their own, more than they are afraid,” said Michael Kagan, an immigration law professor at UNLV’s Boyd School of Law. “I think that’s encouraging.”

Kagan runs the Immigration Clinic at the law school, which offered free assistance with the forms. The clinic received 60 requests for help during the month-long window the administration allowed for final renewals and ended up assisting 40 clients; the other 20 canceled or didn’t show up for their appointments.

“We know that DACA renewals are pretty simple, it's one of the simplest of immigration forms, that DREAMers basically all speak English and tend to have a higher than average education level, and this is their third renewal for many or most of them,” Kagan said. “So, a lot of them probably know how to do this on their own.”

Others aren’t so optimistic. The Legal Aid Center of Southern Nevada helped about 20-25 people with DACA renewals over the last month, according to Gabrielle Jones, deputy directing attorney for the Family Justice Project.

“I expected a little bit more,” she said, adding that colleagues in other parts of the country have reported low demand for application assistance. “I think that’s generated by fear and people being a little untrusting.”

Some 13,000 Nevadans are enrolled in DACA, which gives them a Social Security number, work authorization and relief from deportation. The Trump Administration on Sept. 5 stopped accepting new applicants to the program that President Barack Obama created by executive order and that was threatened this summer with a lawsuit from 10 attorneys general and a governor.

“The Department of Justice cannot defend this type of overreach," U.S. Attorney General Jeff Sessions said when he announced the program’s end. "We are a people of compassion and we are a people of law. But there is nothing compassionate about the failure to enforce immigration laws.”

But the federal government allowed recipients whose permits expire between now and March 5, 2018 to renew their work authorization for another two years, as long as they did it before Oct. 5.

Jones said she hasn’t met anyone actively and consciously declining to renew their DACA permit; some who don’t renew do so because they’re eligible for another type of legal status with better conditions, such as a U visa for victims of crime and their immediate family members. But she worries about what life will be like for people whose DACA permits lapse and lose their jobs, then have to settle for lower-paid, less consistent jobs under the table.

“It’s going to be bleak,” she said. “It’s going to trickle down. Maybe they’re not going to be able to support a vehicle that they have and that gets them around and gets their kids to school. They’re going to have to let that go. Same thing with a place to live. A lot of people are renting apartments and homes and they don’t have the income to maintain that. They’ll have to move in with family, shelters, some people may even end up homeless.”

Laura Martin of the Progressive Leadership Alliance of Nevada, which was active in the campaign to urge DACA renewals, said those who lose DACA might find other ways to make do.

“We haven’t had DACA forever, and so these folks have already lived at least some part of their lives knowing how to navigate the system without having a work permit,” she said.

Although Trump called for the renewal period to allow time for a congressional solution, she calls the Oct. 5 deadline arbitrary and blames Trump for creating uncertainty in the lives of DACA recipients.

“Jeb Bush said Donald Trump is a chaos candidate, and he would be a chaos president,” she said. “This is it. He cancelled DACA and there are so many questions.”

Congress can help step in through one of several proposals on the table, including the Dream Act, the Bridge Act, the American Hopes Act and the Recognizing America’s Children Act — all of which offer some sort of deportation protection for so-called DREAMers and some of which offer a pathway to citizenship.

At a Tuesday hearing, members of the Senate Judiciary Committee agreed on the need to find a solution, but Republicans said there first needed to be a greater investment in border security -- a request that highlighted the political challenges ahead.

Kagan has said there’s a real prospect that a legislative fix won’t come through and young immigrants will be in true limbo without DACA.

“It’s quite possible that Congress will do nothing,” he told attendees at a September forum on DACA. “The mere fact that public opinion is in DREAMers’ favor is no guarantee. There are a lot of things the public says they favor in opinion polls that Congress does not enact.”