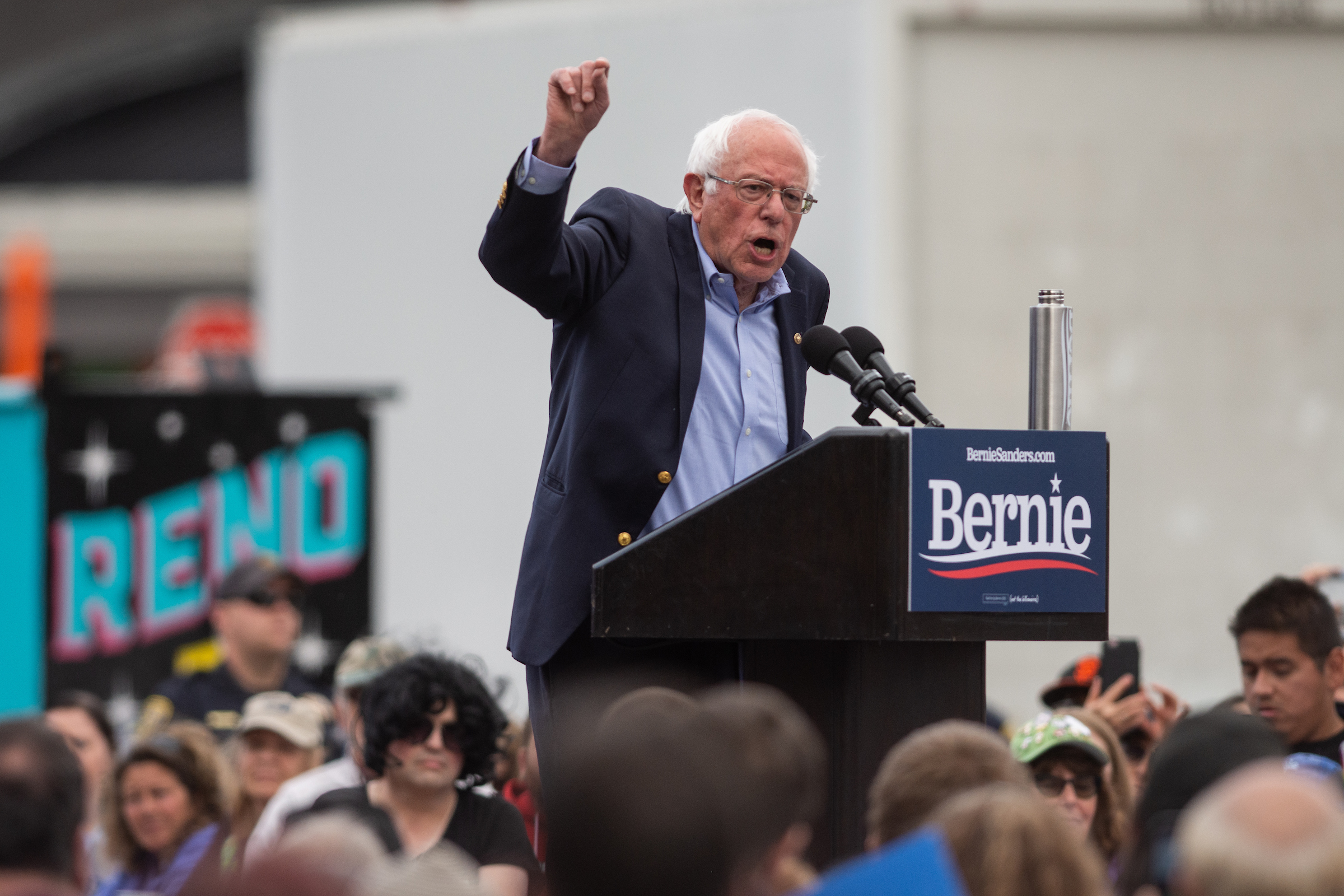 During a swing through Nevada this week, Vermont Sen. Bernie Sanders said he was opposed to opening federal land to oil and gas leasing in the Ruby Mountains near Elko. Sanders said that his opposition was part of a larger effort to end fossil fuel development on public land.

In a statement, Sanders noted that “Nevadans have resoundingly opposed any attempts to open the Ruby Mountains,” a popular recreation destination with culturally significant land for indigenous communities. The range also supports important habitat for threatened wildlife.

“Scientists have also been clear that in order to solve the climate crisis, we must leave fossil fuels in the ground,” he said. “When we are in the White House, we will immediately end all new and existing fossil fuel extraction on federal public lands, including Nevada’s Ruby Mountains.”

Earlier this year, the U.S. Forest Service denied oil and gas leases for about 53,000 acres after balancing “unfavorable geologic conditions” with wildlife, recreation values and public input. An anonymous speculator asked to lease the land in 2017, kickstarting a two-year environmental review. A coalition including hunters, environmentalists and a local tribe opposed the lease sale.

Despite the Forest Service’s denial and public opposition to leasing in the area, speculators submitted two new requests to open up about 88,000 acres of land within the mountain range.

Sanders supports a moratorium on oil and gas leasing on federal land. The Ruby Mountains would fall into that ban. The Bureau of Land Management, responsible for overseeing most extractive activity on federal public land, oversees roughly 67 percent of Nevada’s land mass.