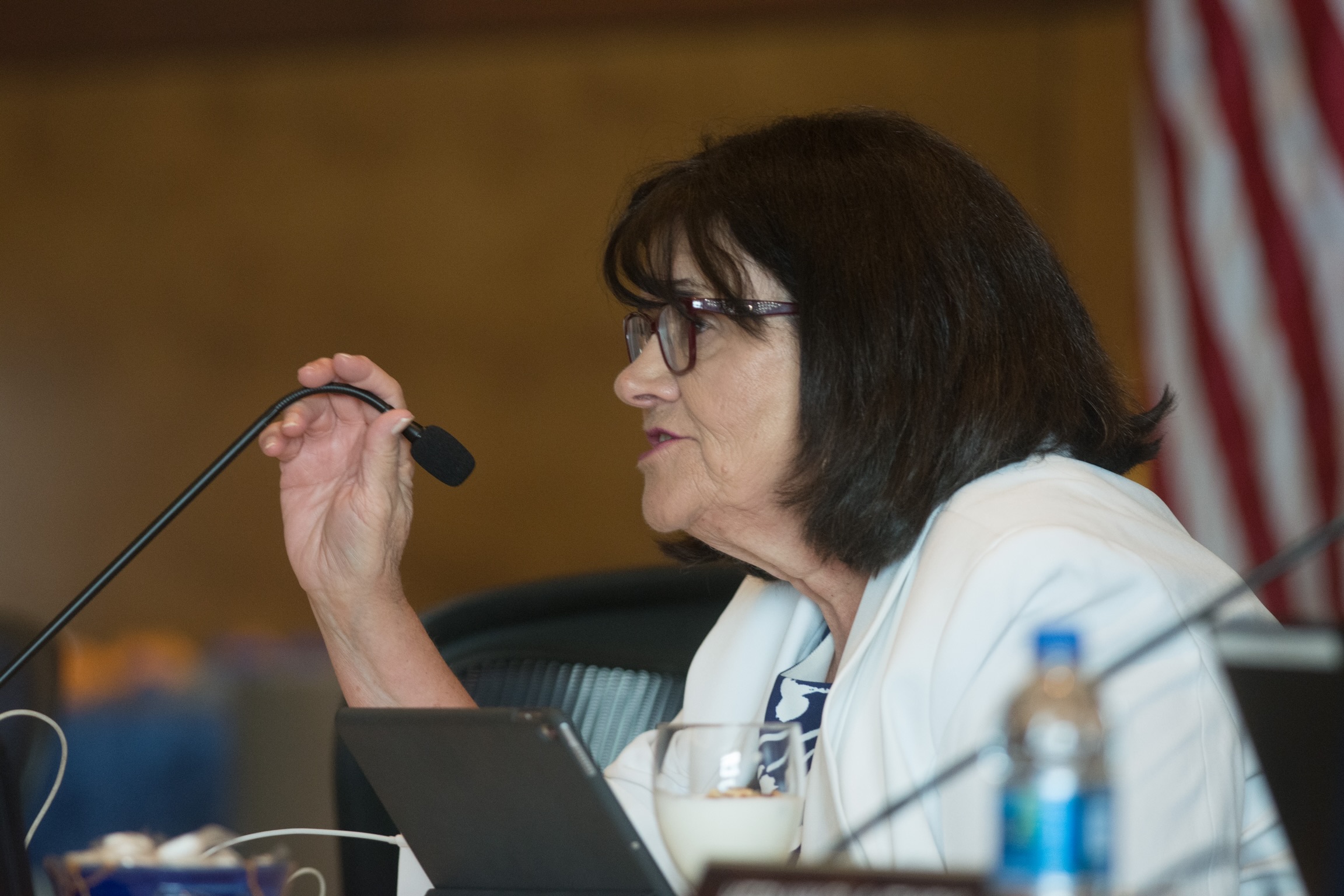 A three-person panel from the Nevada Commission on Ethics determined Wednesday there was "credible evidence" that two top regents — Board Chair Cathy McAdoo and former vice chair Patrick Carter — allegedly violated a state ethics law governing when public officials are required to abstain from certain votes.

The panel also cleared McAdoo, specifically, of an additional ethics complaint alleging she had violated laws prohibiting the use of an office to secure “unwarranted privileges” and using government property to “benefit a significant personal or pecuniary interest.”

McAdoo and Carter will not face any immediate sanctions from the commission, but they may be subject to a recommended deferral agreement should they accept the terms by a Jan. 17 deadline.

If they do not, the matter could eventually go before the full ethics commission, and potentially a judicial review.

That agreement — signed by only two of the three members of the panel — includes both an “admonishment” of the pair from the ethics board, as well as a request for a memorandum of understanding between the Board of Regents and ethics commission that would allow the commission to provide “technical assistance” to update the regents’ ethics policy.

However, both McAdoo and Carter are set to exit the Board of Regents at the end of the calendar year, as both did not run for re-election. Neither regent immediately responded to a request for comment.

The recommendation from the ethics panel does not specify the nature of the original complaints against McAdoo and Carter, though both were subject to extended scrutiny amid the months-long investigation into a hostile work environment complaint from former Chancellor Melody Rose.

In that sweeping complaint, Rose alleged McAdoo and Carter worked to “undermine” her as chancellor in a bid to oust her entirely, and that they discriminated against her because of her gender.

An investigation by a third-party law firm found “insufficient evidence” of gender discrimination. However, it also found increasing factionalism within the board and some incidents that presented potential ethical violations.

At roughly the same time, however, several major business groups that have opposed the regents issued a letter asking the ethics commission to investigate McAdoo and Carter.

As the investigation into Rose’s complaint came to a close, regents voted to formally close the matter in February, amid a last-minute recommendation from the internal legal counsel — also a former head of the state ethics commission — that any regent named in the investigation should abstain from the vote over ethics concerns.

Though seven regents were named — a voting majority of the 13-member board — no abstentions were made, with some arguing that being named in the complaint did not necessarily constitute a conflict of interest. The board approved ending the investigation 9-3.