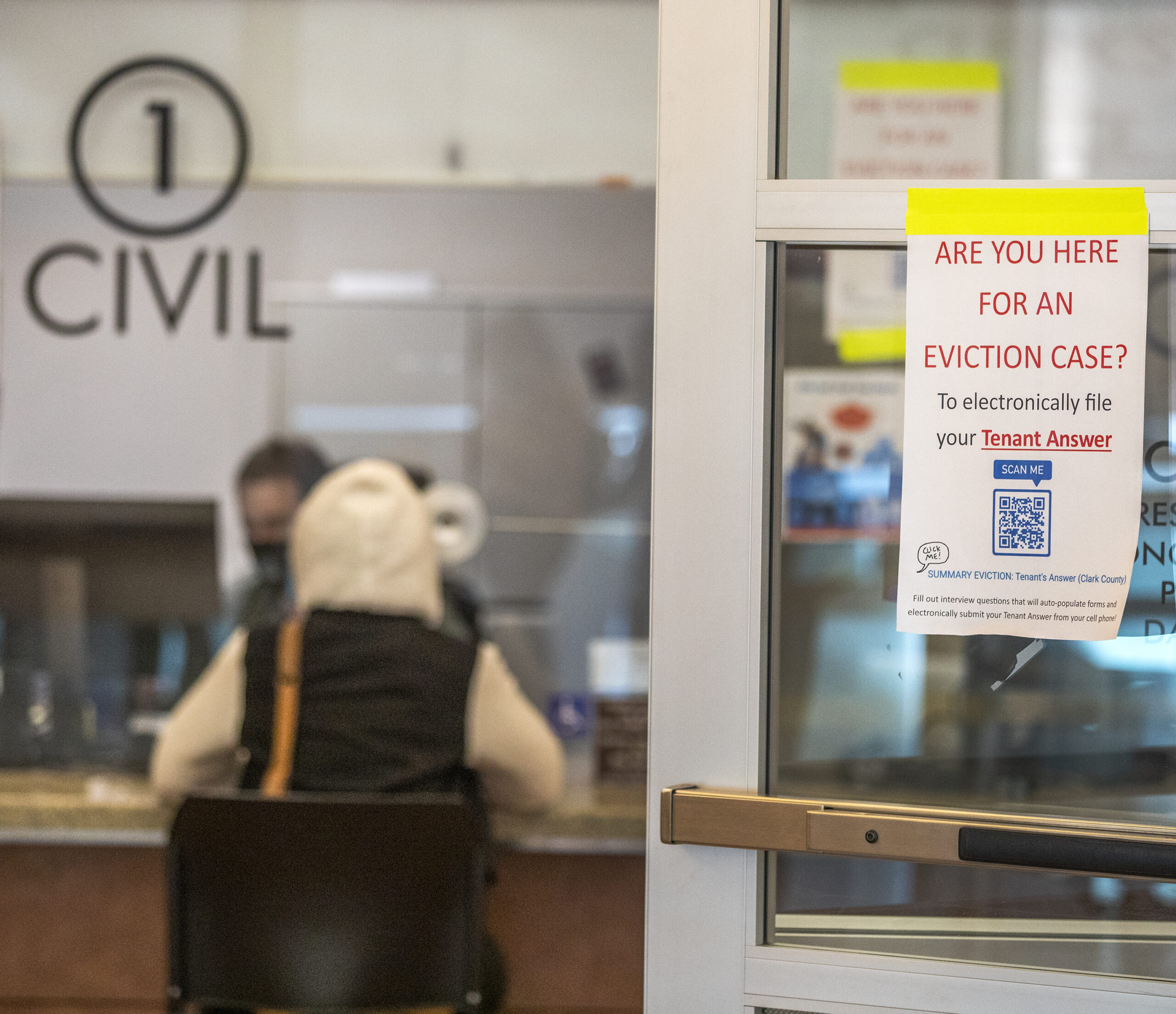 The head of Nevada’s eviction mediation program says the number of people taking advantage of the service is on the lower end of what she expected it would be, but it’s seeing some success in helping landlords and tenants work out agreements that keep people in the home.

Shannon Chambers, who leads the Home Means Nevada nonprofit tasked with administering the legislatively approved program, said she saw a ramp-up in usage after the state’s first eviction moratorium lifted on Oct. 15. As of last Friday, there have been more than 800 cases that have been assigned to a mediator.

“If the parties and the mechanics and the elements all come together, good results can be produced and we can keep people in their homes and agreements can be reached,” said Chambers, who is also the Nevada labor commissioner. “But on the other side of it … if the parties don't want to participate, if the financial aspects of the tenant situation or the landlord situation don't have room for any options, then, unfortunately, eviction is a legal process and may need to occur.”

Lawmakers authorized the eviction mediation program during a special session over the summer, hoping to prevent courts from being overwhelmed. There were about 46,000 summary evictions statewide in fiscal year 2019, but Nevada Supreme Court Justice James Hardesty predicted there could be three times that number in light of the pandemic.

“One of the concerns the supreme court and the commission has is the ability of the court system to respond to this increased caseload with this urgent problem,” Hardesty told lawmakers during a hearing. “It is possible with these kinds of numbers, court settings would go out weeks and months before disputes could be addressed in the justice court.”

The program, which was approved in the Legislature and implemented in October, works like this: Once a landlord seeks an eviction through the court, a landlord or tenant can choose the option of mediation, and a date for an eviction hearing is set at least 30 days out. The court sets forwards the request for mediation to Home Means Nevada, and a mediator is assigned the case within two judicial days so the session can take place during the 30-day window.

There are about 100 mediators, who have varied professional backgrounds but have received 40 hours of training for the job. Mediations mostly take place by phone, although some are done in a videoconference and a few are in person, with the sessions generally lasting about two hours.

Mediators explore what options might be available to resolve the situation underlying the eviction, including seeking rental assistance funds, considering a payment plan, reducing the rent, waiving of late fees or seeking some other compromise.

Traffic has been a little slower than expected. Chambers said she thought there might be anywhere from 1,000 to 4,000 cases going through the program, but by the end of the year, the program is expected to have served a number on the low end of that range.

And as a program supported by CARES Act dollars, it’s unclear whether it will survive past the end of the year, when those funds must be spent.

“We’re planning for that and are making sure that we’re going to get all the mediations wrapped up before the end of December,” Chambers said.

There are often challenges to getting all parties at the table for a mediation. In some cases, the tenant has already left the property from which they’re being evicted. On other occasions, contact information is out-of-date — people have switched phone numbers or changed their address — or they are no-shows to a mediation session.

“This isn’t mandatory, it’s voluntary. So the mediators are doing a really good job of trying to get people in the room and try to have them work toward an amicable agreement,” she said. “Sometimes that’s just not possible.”

She said the program has had instances where a tenant doesn’t trust people working in the program, asserting that they’re part of the “deep state.” And there have been occasions where landlords are exasperated with their tenants being behind on payments and ask why they have to participate in the session.

“And then there's the majority that's kind of in the middle where the tenant may be like, ‘Look I lost my job. And I can't make it on unemployment,’” she said. “And you have the landlord who's like, ‘Look, I'm willing to reduce the rent a couple hundred dollars for six months as long as you can come current.’ And so there's definitely reasonable parties involved here.”

Mediators also have contacts at DETR who they can call if the tenant reports a hangup they’re having in getting unemployment, but she said mediation doesn’t provide a fast-track option or special treatment in the pursuit of benefits.

“If there is a last-ditch effort that can be made before somebody technically is evicted, that is definitely explored,” she said.

Home Means Nevada, which is formally affiliated with the state, also runs the foreclosure mediation program. Chambers said those mediations are a much different experience — often there has been a monthslong exchange of financial documents between the parties, whereas evictions in Nevada can take place in a matter of days.

Critics including Lalo Montoya of the progressive advocacy group Make the Road Nevada say the eviction process is too quick and does not afford enough due process to tenants.

“Despite the process, despite their best efforts, there's not time for tenants,” he said.

Chambers said that should the program evolve, it could be revamped to have more of a “pre-eviction” arrangement that is a component of a rental assistance program, so parties don’t have to wait until a court is involved to have a mediator help them strike an agreement.

Although a new statewide moratorium on evictions may help people stay in their homes through the end of March, Chambers said the underlying financial situations preventing tenants from keeping up on rent are often difficult to resolve, even with a mediation program in place.

“If the tenant can't get rental assistance, and they don't have a job and they don't have any income, it might be the best solution to have that tenant move out and try and get somewhere else that they can afford,” she said. “And I'm not saying that's not a harsh thing on a human level, but some of these situations are just not good and that's the best way I can say it.”