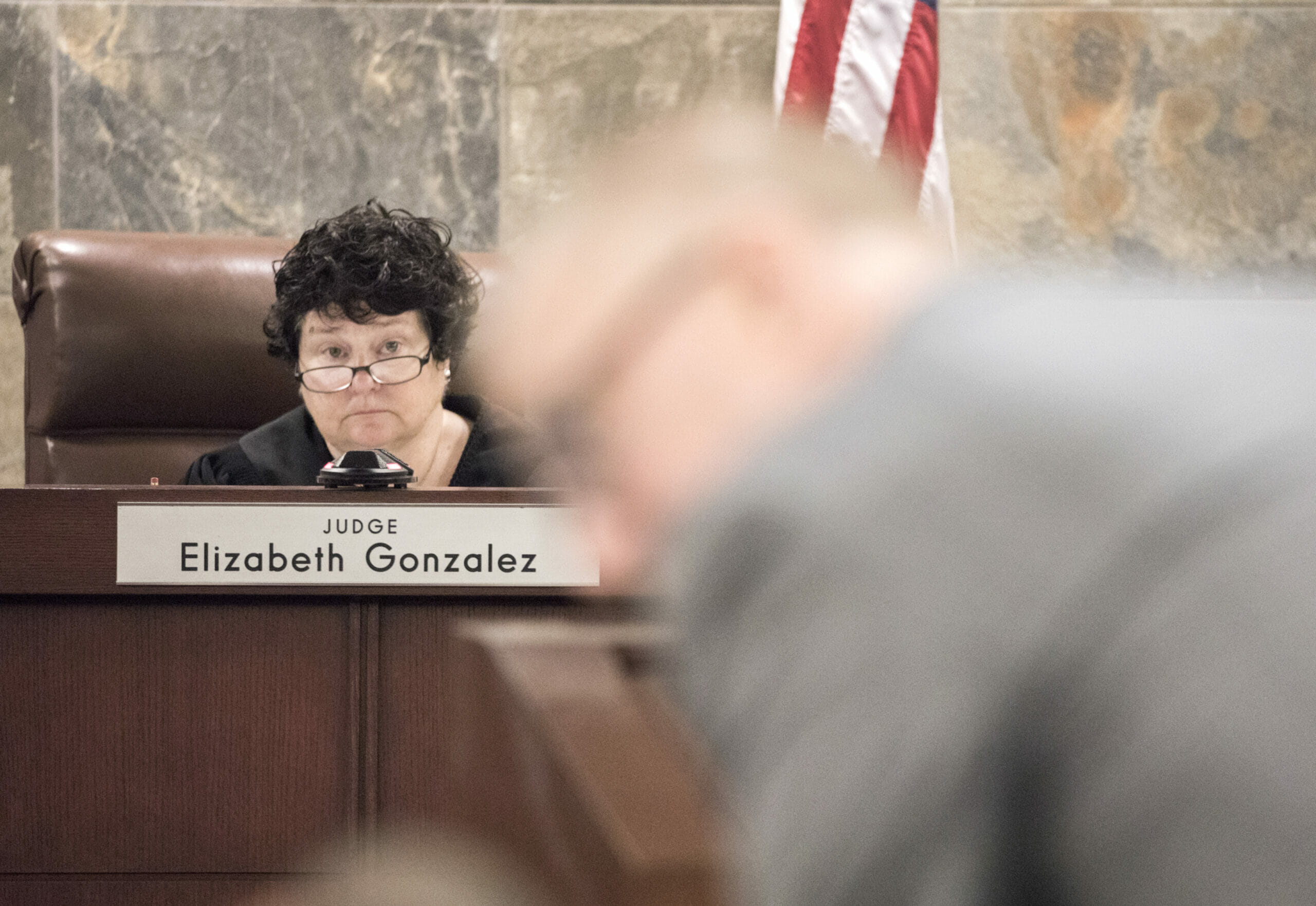 The planned execution of condemned inmate Scott Dozier will not go forward on Wednesday as he had hoped, after a last-minute challenge by the maker of one of the drugs that will be used in the execution.

With only hours to go before Dozier’s scheduled execution on Wednesday night in Ely State Prison, District Court Judge Elizabeth Gonzalez enjoined the state from using the sedative midazolam to put the condemned man to death.

“The plaintiffs have established a reasonable probability that it will suffer damages to its business reputation, which will impact investor relations and customer relations,” she said, reading from a written statement.

Attorneys for the state indicated that such a move would prevent the execution from happening tonight, but said they’re interested in making an emergency appeal to the Nevada Supreme Court. Nevada Supreme Court spokesman Michael Sommermeyer said a little before noon that the court hadn’t received any requests yet, but that the court is open for business and “anything is possible” in terms of addressing the matter on Wednesday.

The Nevada Department of Corrections announced about three hours after the hearing that the execution was postponed and wouldn't take place until further notice.

Gonzalez said she would hold a 60-day status check on Sept. 9 for an update on discovery undertaken by both parties in the case, and enjoined the state from using or disposing of the drug until the preliminary hearing had concluded. The ruling did not directly block the execution from taking place, but an attorney for the state said during the hearing that the planned execution would not proceed forward today if use of the drug was blocked.

Alvogen, an American pharmaceutical company that produces midazolam, filed a lawsuit Tuesday seeking a temporary injunction from the state using the drug as part of a novel three-drug lethal injection combination including a paralytic and the synthetic opioid fentanyl.

Todd Bice, an attorney representing Alvogen, said the state had engaged in the “definition” of subterfuge, claiming the drug manufacturer wasn’t aware that its product would be used in the execution until it was contacted by a reporter on Saturday. He said the company’s objections, stated in letters sent to state officials this spring and posted online, were not necessarily to the death penalty itself but to the business consequences of being associated with the execution.

“What we are facing here is serious reputational harm,” he said. “This use is incompletely incompatible with our business.”

Bice said the company had in April sent letters to state officials, including the head of the department of corrections and the governor, asking them to not use any Alvogen products in future executions and to return any amount of the drug back to the company. He also said the company included a warning on its website that it was not approved nor meant for use in executions.

Assistant Solicitor General Jordon Smith, representing the state and speaking via videoconference from Ely, said the suit was largely brought about because of bad media coverage for Alvogen and that the letter sent by the company had no legally binding force.

He also pushed back on claims of subterfuge, saying the state had openly purchased the drugs from a wholesaler, Cardinal Health, and that Alvogen was “too inept” to track the sale of products that could be used in an execution.

The decision is just the latest in the prolonged saga of Dozier, 47, who has complained of the monotony of prison life, said he no longer cared how painful his demise would be and challenged the state to kill him. Midazolam has been involved in several prolonged executions that have involved the inmate writhing and gasping for breath; Dozier has said he doesn’t really care if that happens to him, and Smith said Wednesday that he had already said his goodbyes to family members.

Alvogen, joined by the maker of the paralytic drug that’s also in the combination, argued that the state knowingly tried to hide the fact that it planned to buy midazolam for the execution, including having the drug shipped to Las Vegas rather than Ely to conceal that purpose. The state said filtering drugs through Las Vegas is normal because that’s where it’s central pharmacy is located.

Maya Foa, an anti-death penalty activist who has worked on execution drug supply chain issues, told The Nevada Independent that the state’s decision to withhold the information that it planned to use midazolam until just a week before the execution was aimed at preventing drug companies from making objections.

Dozier was convicted of murder after the decapitated, dismembered body of 22-year-old Jeremiah Miller was found in a Las Vegas apartment complex dumpster. Prosecutors say Dozier lured Miller to Las Vegas on the promise that he could help him get ingredients to make methamphetamine, then shot him and stole the $12,000 in cash Miller had brought to pay for the precursors.

A friend of Dozier’s pointed the finger at him and also led police to another body he said he helped Dozier discard outside of Phoenix. Dozier was convicted in Arizona of 2nd-degree murder of Jasen Greene, his onetime roommate, before he was convicted and sentenced to death in Nevada.

After his attempt to challenge the Arizona conviction suffered a setback, Dozier started formally asking Nevada to put him to death.

But when the state, struggling to get drugs amid a patchwork of anti-execution sales policies from pharmaceutical companies, announced it would use the novel combination of diazepam, fentanyl and cisatracurium, opposition cropped up. Federal public defenders representing Dozier argued that the paralytic in the combination served no useful purpose aside from potentially masking signs that the other two drugs weren’t working and Dozier was actually suffering excruciating pain.

The objection triggered an injunction that wound its way to the Nevada Supreme Court, which eventually struck down a ban on using the paralytic. The whole process delayed the execution that was originally scheduled for November by about eight months.

An attorney for the company that produces the paralytic drug cisatracurium also appeared in court to register a “formal objection” and share a letter the company sent to the state asking it not to use the drug in executions. Smith said the company hadn’t filed a complaint and hadn’t raised any objections until now, despite its announced intended use for more than a year.

The execution protocol called for midazolam first to lull Dozier into unconsciousness. Next, executioners would provide a lethal dose of the opiate fentanyl, and then the paralytic cisatracurium to prevent him from initiating a breath.

Dozier’s would be the 13th execution that Nevada has carried out since a nationwide ban on the death penalty was lifted in the 1970s. All but one of those was of a volunteer who had given up appeals of their own accord.

Updated at 1:50 p.m. to add additional details, and at 2:25 p.m. to reflect formal postponement of execution.