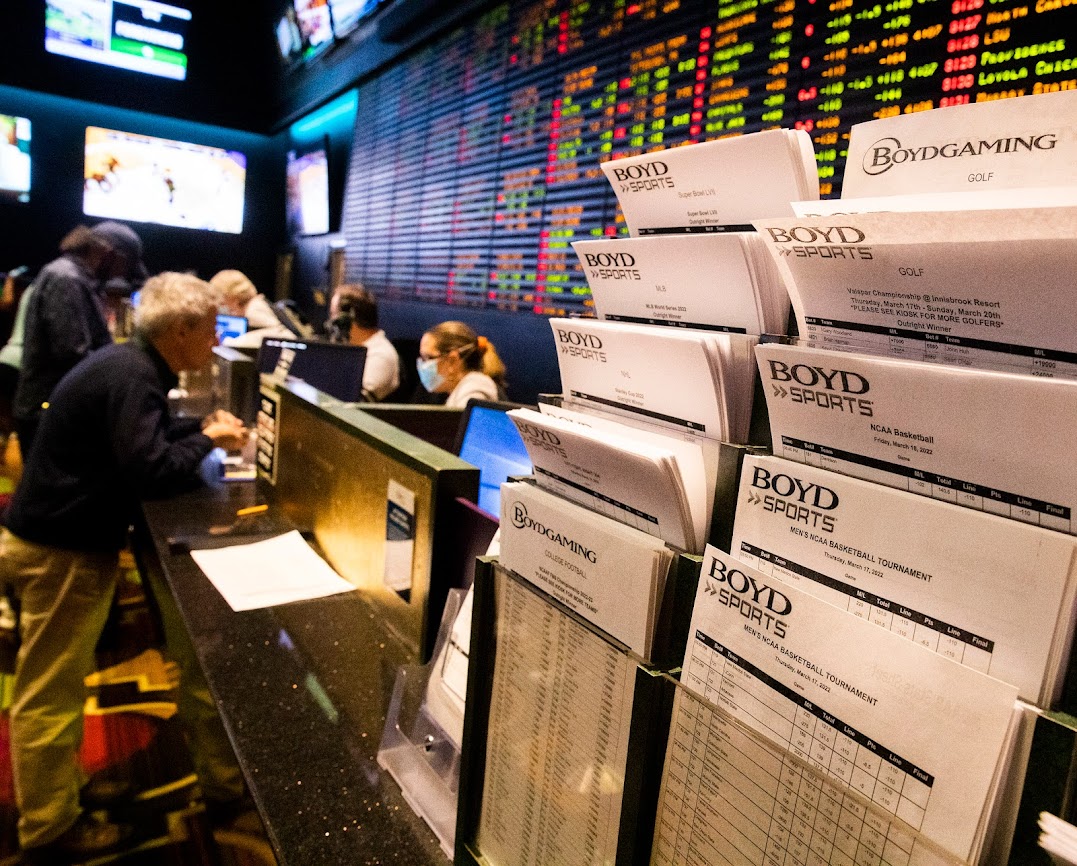 Dublin, Ireland-based Flutter Entertainment — which includes the company’s subsidiary that operates FanDuel — is expected to be on the Gaming Control Board’s August agenda for licensing, sources told The Nevada Independent.

Las Vegas-based Boyd owns 5 percent of FanDuel, which operates its own retail and online sports betting in the company’s casinos outside of Nevada. Boyd operates sports betting at its 10 Las Vegas-area casinos through Boyd Sports, its retail and mobile sports wagering business.

Under the licensing agreement in Nevada, the Fremont sportsbook will be rebranded as a FanDuel sportsbook and the facility will post FanDuel odds. However, Boyd Sports would continue operating the location with its employees.

According to sources familiar with the agreement, the initial licensing does not include an approval allowing FanDuel to launch its mobile sports betting app in Nevada, but that could come at a later time.

“We believe the FanDuel Sportsbook would be a great addition to the Fremont and the downtown area,” Boyd Gaming spokesman David Strow said in an emailed statement. “We look forward to sharing more details following the receipt of required regulatory approvals.”

Representatives of FanDuel from the company’s corporate offices in London did not respond to email requests for comment. A spokesman for FanDuel based in New Jersey said in an email he doesn’t comment on regulatory matters.

FanDuel operates sports betting in 15 of the 30 states where the activity is legal and regulated.

According to Eilers & Krejcik Gaming, a Southern California-based advisory and research firm, FanDuel has collected more than $744.2 million of the nearly $1.6 billion pre-tax revenue generated by online sports betting in the U.S. during the last three months. That’s a 46.6 percent share of the overall market.

Over the last 12 months, FanDuel has generated $1.9 billion in pre-tax revenue, almost 39 percent, of the nearly $4.9 billion generated by the national online sports betting market.

Only two other sports betting operators, DraftKings and BetMGM, have double-digit market shares in the U.S. over those same time periods, but both still trail FanDuel.

Eilers & Krejcik said Boyd Sports had $2 billion in pre-tax sports betting revenue in the past three months, which ranked 16th among the industry’s sports betting operators.

“Our 5 percent ownership of FanDuel is an important strategic asset that will grow more valuable as sports betting expands and FanDuel continues to build on its position as the nation's leader in online sports betting,” Smith said on the conference call.

By early next year, FanDuel will operate retail and mobile sports betting with Boyd casinos in eight of the company’s nine regional states. Kansas and Ohio have legalized sports betting, but aren’t expected to launch operations until regulations are established.

Smith said the partnership with FanDuel will generate approximately $30 million in cash flow for Boyd in 2022, “and this contribution should grow next year” following the launches in new markets.

The Fremont is one of Boyd’s three downtown properties. The casino is undergoing a $50 million renovation project to expand the casino and add several quick-service restaurants. It is expected to be completed by the end of the year.

“This project will help us capture a larger portion of pedestrian traffic throughout the Fremont Street Experience,” Smith said.

Since the nationwide legalization of sports betting, both FanDuel and DraftKings have grown into the two largest legal sports betting providers.

The Control Board confirmed DraftKings has an application on file for licensing.

Boyd Gaming has focused its efforts nationally on online casino gaming. Through its partnership with FanDuel, the company has online casinos in Pennsylvania and New Jersey.

Boyd is expanding that online casino presence through its $170 million acquisition of Toronto-based Pala Interactive, which provides technology for real-money online gaming and free-play social gaming to companies in eight states and Canada. Pala operates its own online casinos in New Jersey and in Canada.

Smith said owning Pala will allow Boyd to control its own destiny in the online gaming space.