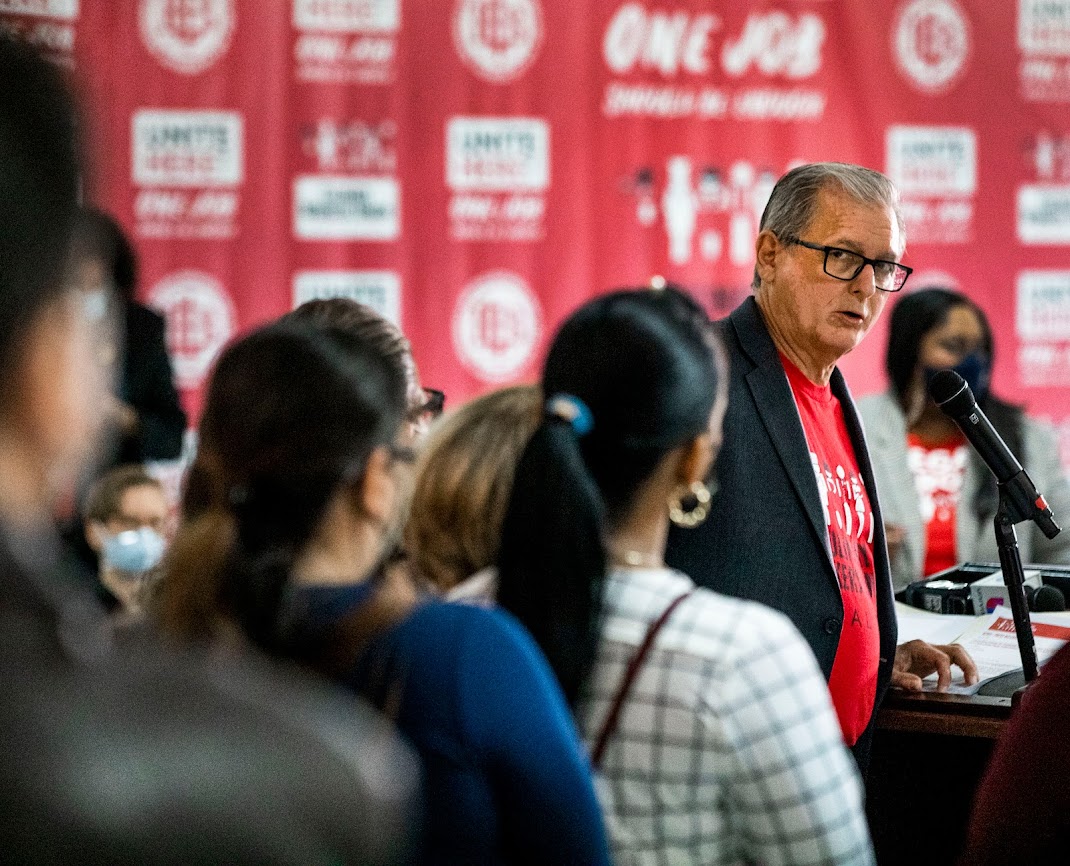 A lawsuit filed Tuesday by 76 former Station Casinos employees could cost the gaming operator more than $10.4 million if the company is found to have violated provisions of the state’s “Right to Return” to work law.

Culinary Workers Union Local 226 is backing the non-gaming employees who worked for all six of Station Casinos' open properties before the casino industry was shut down for 78 days in 2020 because of the pandemic. The suit was filed in Clark County District Court.

None of the employees were brought back despite the Legislature’s passage last spring of SB386, which guaranteed the rights of laid-off gaming and tourism industry workers to return to their jobs.

“The law requires companies to bring workers back to work,” Culinary Secretary-Treasurer Ted Pappageorge said during a Tuesday morning press conference at the union’s downtown Las Vegas headquarters. “They cannot decide to toss them out like an old shoe.”

The law went into effect on July 1, 2021, after the legislation was signed by Gov. Steve Sisolak nearly three weeks earlier.

Gaming representatives and the Culinary Union struck a deal on the high-profile worker rights legislation with less than a week left in the 120-day legislative session, agreeing to limit the scope of the bill and exempting certain employee classes including managers and stage performers. While many unionized workers have extended recall protections in their contracts, a majority of workers protected by the legislation were not unionized.

The Culinary Union said 98 percent of its members were laid off during the pandemic, and 80 percent are back to work.

Pappageorge said Station Casinos – the operating subsidiary of Red Rock Resorts – held several job fairs ahead of when the law took effect “to fill open positions with new workers instead of bringing back their former employees.”

Employees named in the lawsuit said Tuesday they attended those job fairs.

“Station Casinos, which fought enactment of the law every step of the way, isn’t following the law,” Pappageorge said. “They need to do the right thing. Their current and former employees demand and deserve justice.”

Pappageorge said he wasn’t aware of any other companies in the hospitality industry that have allegedly violated the provisions of SB386.

Teri Williams, the spokeswoman for the Nevada Labor Commissioner, said the office has received more than 25 complaints concerning violations of SB386, but of the matters have been substantiated.

"The main reason for the claims (or) complaints being closed is that the employee did not contact the employer first about a return to work as required by Senate Bill 386," Williams said in an email.

The union said the 76 workers have a combined 680 years of experience with Station Casinos.

“It’s such an injustice as a loyal worker to be abandoned by Station Casinos after working there for 16 years,” Kenia Cobas, a former cook’s helper at Green Valley Ranch in Henderson. “I’m a single mom and I have two children who depend on me, and I need to provide for them.”

The lawsuit is seeking to secure damages payable to each employee of $500 per day, beginning July 1, 2021. Through the end of March, the total days covered would be 274, earning each worker payment of $137,000, or costing the company more than $10.4 million.

During the pandemic, Station Casinos paid its workers through part of the shutdown, but the company laid off much of its full-time and part-time staff a month before the state allowed casinos to reopen.

A Station Casinos spokesperson on Tuesday called the lawsuit “the latest in a series of empty publicity stunts by the Culinary Union.” The statement added that “all of this noise is designed to distract from the fact that the Culinary Union failed its members and was completely ineffective throughout the pandemic.”

SB386 was similar to at least a half-dozen other bills in other states backed by UNITE HERE, the parent labor organization of the Culinary Union. California Gov. Gavin Newsom, a Democrat, signed legislation in May 2021 that requires hospitality and service industry employers to offer new positions to laid-off workers.