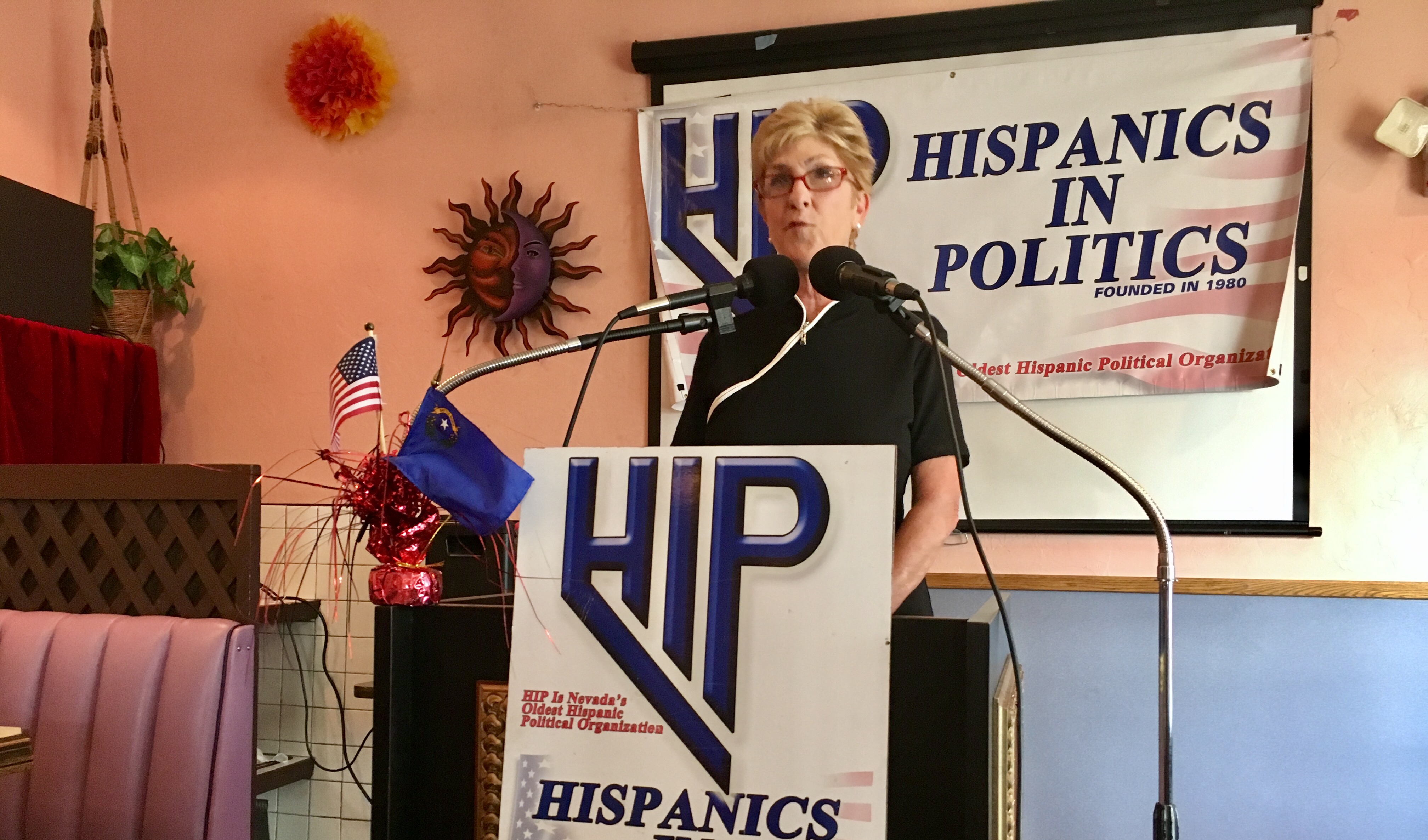 The Democrat has said she’s 99.9 percent sure that she would enter the state’s top race, but after the mass shooting, Giunchigliani canceled a Monday event that was widely expected to be her platform for an announcement.

Speaking at a Hispanics In Politics breakfast Wednesday, Giunchigliani said she has postponed her formal announcement until Oct. 18 out of respect for the attack victims and their families.

“I don’t want to play with people’s feelings,” she said. “I am going to be running for governor.”

The three-term commissioner and former state lawmaker emphasized that she will be running a “grassroots” campaign focused on average Nevada residents.

“I want a Nevada that works for everyone,” she said. “I want an inclusive, respectful community statewide that makes a difference for the everyday people.”

Her entry into the race pits her against Commission Chairman Steve Sisolak, also a Democrat, who sits several seats away from her during county board meetings. He announced his decision in June.

Last month, State Treasurer Dan Schwartz, a Republican, said he’s running for governor as well. Attorney General Adam Laxalt — long considered a Republican gubernatorial candidate — had also scheduled a weeklong series of “special events” that would have started Monday, but he postponed them in the wake of the shooting.

Giunchigliani acknowledged it has been a “difficult week” for the entire Las Vegas community, but she harbors hope for the future.

“Part of what happened this week just reaffirmed we are a wonderful, resilient town,” she said. “We have suffered so many different types of emergencies here and we’ve always worked together to overcome them.”

Giunchigliani also said she wants to make sure money donated for the victims and their families goes directly to them given their lengthy list of needs — medical, transportation and burial expenses, among them. Community leaders need to work together to continue providing resources for victims over an extended period of time, she said.

The commissioner declined answering any questions about her primary opponent, Sisolak, and said she wants to focus on who she is as a person and candidate.