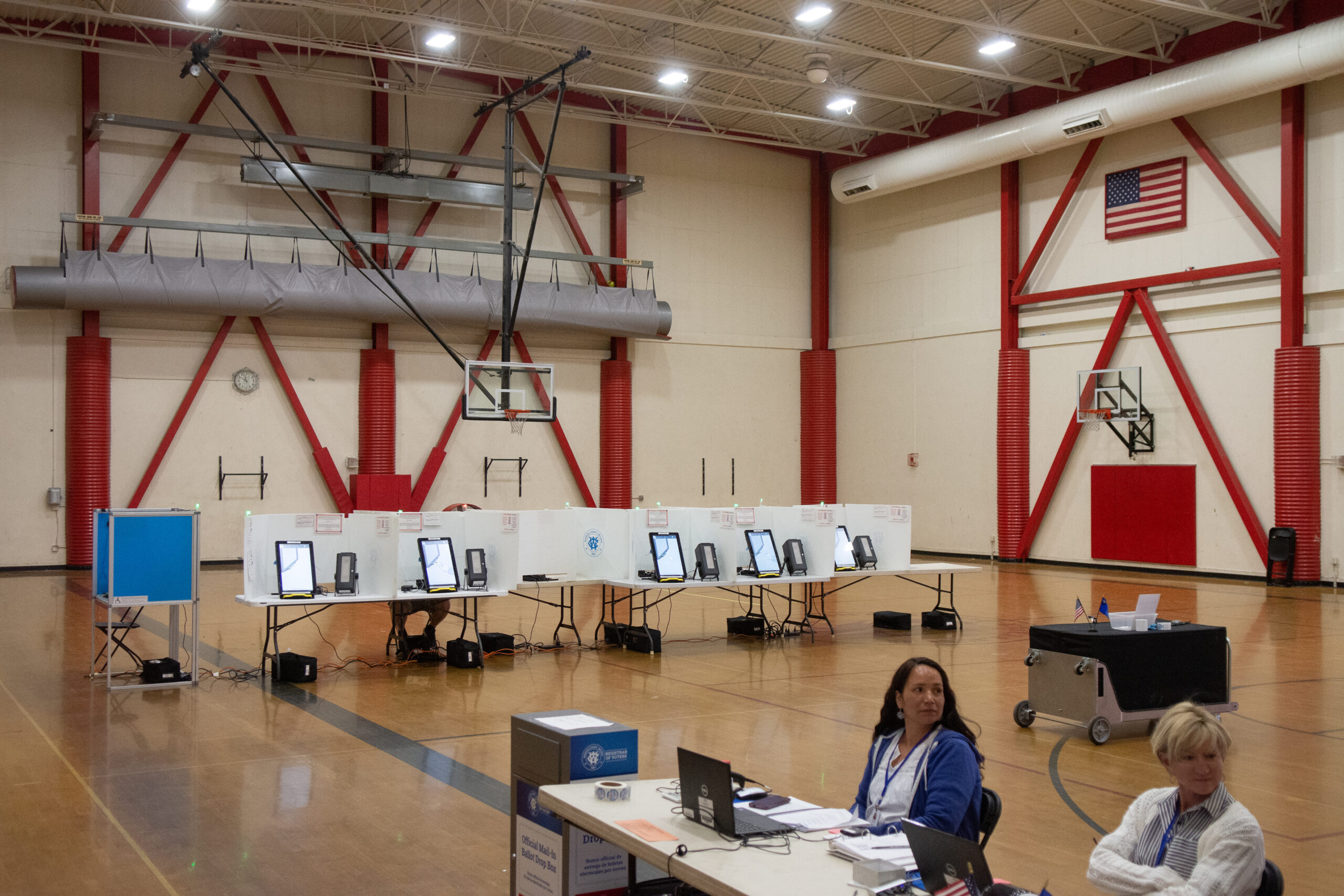 Nevada Republicans are making things more difficult than they have to be in a “red wave” election year by clinging to paranoia over “election integrity.”

The quality of some GOP candidates aside, the Republican Party’s “get out the vote” messaging isn’t exactly hitting it out of the park in light of incessant claims that the system is so rigged most people’s votes simply don’t matter.

Making matters even worse for the party, however, is the strange insistence from its leaders that Republican voters only cast their ballots in the most burdensome and inconvenient way possible — despite living in a state where voting has been made easier than ever before.

The Washoe County GOP has given its members a handy little “How to Vote” guide along with a list of endorsed candidates — and even individuals who might otherwise be dubious of universal mail-in-voting or extended early-voting periods should be able to see how the guide is at odds with basic “get-out-the-vote” strategies.

The guide has four pieces of advice for would-be Republican voters:

1.   Fill out your mail-in Ballot with a BLUE BALLPOINT PEN.

The specificity of the pen’s color is somewhat puzzling, given that the ballots themselves instruct voters to use blue or black pens. Maybe we are to believe would-be fraudsters have limited access to blue ballpoint pens — although there’s likely little data to support such an assumption.

2.  On Election Day ONLY, take [your ballot] to the Registrar of Voters…

This piece of advice almost leads one to believe the current GOP obsession over avoiding convenient voting methods (such as mailing a ballot) might be nothing more than some secret Democratic conspiracy to suppress GOP voter turnout. Are clandestine members of the Democratic consulting class posing as double agents within the GOP and suggesting they tell their supporters to limit their window for voting to a single day?

If not, some Democratic strategist should come forward and claim credit anyway, because… well, why not? They’d look like a genius.

4.   If the system says you have voted and you know you did not vote, then call the Sheriff’s office immediately and make a report, stating, ‘someone has stolen your voter identity.’

Alright… The fourth bullet point seems reasonable if you believe yourself to be the victim of fraud. Ensuring no one else has voted in your name might not be the worst suggestion either — however, with the Secretary of State’s website being capable of tracking ballots (one can look up whether or not their vote has already been submitted), there’s little reason to ask voters to burden themselves with personally going before a poll worker and having them physically scan the ballot.

Combined with the second bullet point, number three looks like a textbook example of what not to tell party members in a year when voter turnout is going to be key to electoral victory.

After all, conventional wisdom dictates that if voters have two weeks to vote, a political party should spend every one of those 14 days getting as many human beings to cast ballots as possible — using whatever legal methods are most convenient for voters. The state GOP, for example, highlights each way a voter can cast their ballot — including mail and early voting. The notion that the Republican Party in the state’s second most populous county is encouraging voters to limit themselves to (in-person) voting on the last possible day is almost a dereliction of the political duty it has to its members.

After all, the party is ostensibly supposed to encourage people to vote Republican by any legal means possible… not distribute guidelines that encourage would-be-voters to engage in a process more cumbersome, burdensome and complex than it otherwise has to be.

And the Washoe County GOP’s recommendations aren’t unique. Many Republicans have echoed similar advice, telling supporters to only vote in person on election day — representing a dumbfounding departure from historical get-out-the-vote best practices.

Then again, this is the same party that has endorsed candidates who believe no one has been fairly elected in “decades” due to a secret cabal rigging the system. Maybe, as it turns out, get-out-the-vote messaging just isn’t the forte of current GOP leadership.

How much of an impact such unintentionally uninspiring messaging might have on GOP turnout will, of course, be unknown until after election day. Come November, we’ll find out if national and state trends are favorable enough to Republicans for them to overcome such mismanaged messaging — or if they, instead, self-sabotage themselves out of a narrow victory.

With most races currently polling within the margin of error in recent weeks, it would seem even a small impact on voter turnout could have outsized influence in 2022. However, GOP voters nonetheless remain highly motivated to turn out in droves — and with all the advantages of a potential “red wave” election year working in their favor, uninspired “how-to-vote” guides might not have the kind of depressive effect it otherwise could.

Regardless, Republicans interested in actually winning office should be doing everything they can to convince would-be voters to vote by any legal means possible all throughout early voting rather than virtue signaling to the partisan activists who still can’t accept the loss of 2020. Of course, doing so would carry with it certain intraparty political risks — especially given that the Washoe County GOP has recently decided to excommunicate members deemed insufficiently “Republican.”

Clearly, demonstrating their solidarity with the party’s base over “election integrity” concerns is more important to many of the political opportunists running the GOP than actually generating turnout or appealing to more moderate voters.

Reasonable Republicans should demand a bit more than that from party leadership in a “must-win” election cycle.