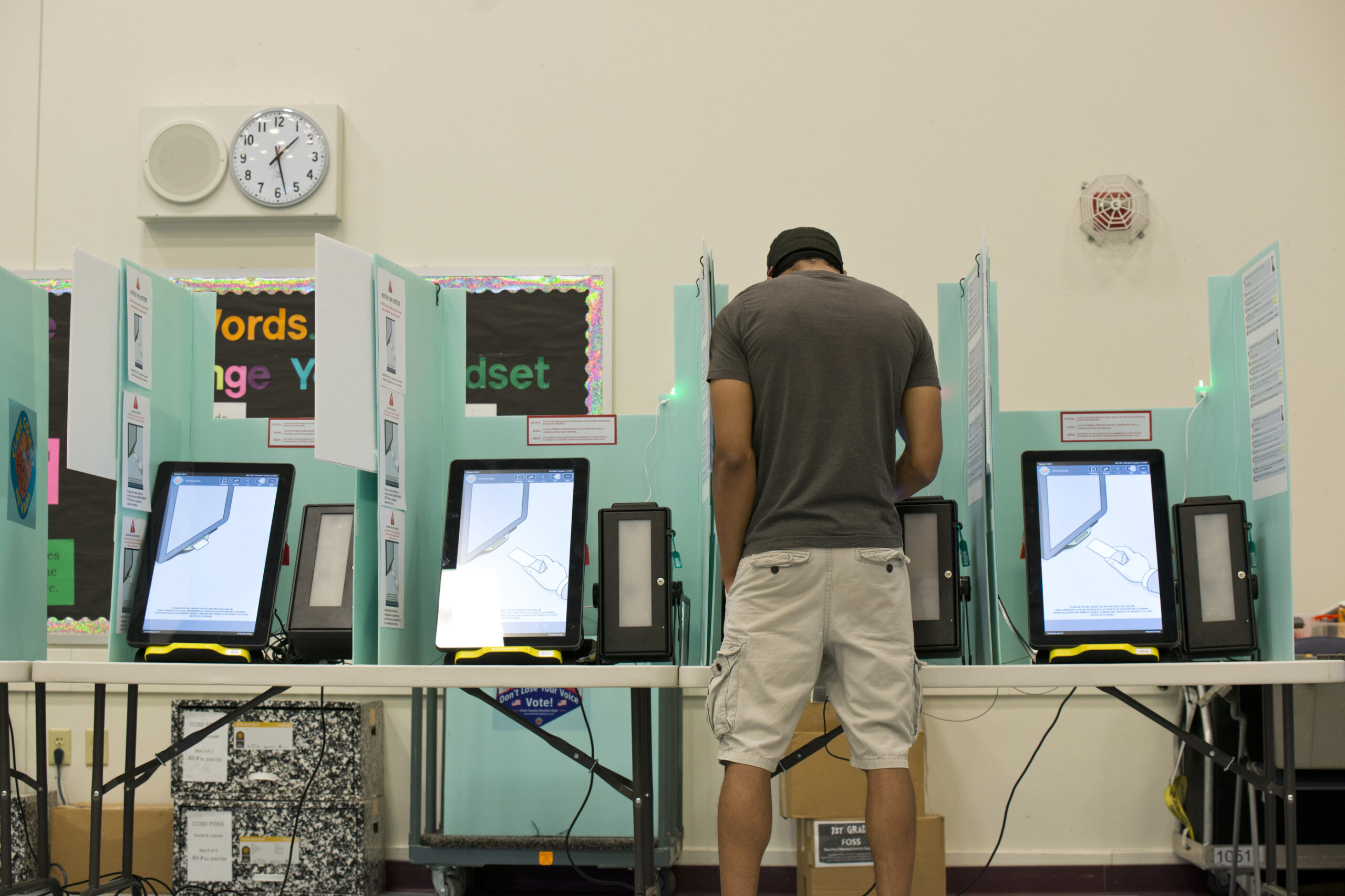 The group seeking to create an independent redistricting commission in the state has filed a federal lawsuit against Nevada election officials seeking the ability to collect needed signatures electronically and to extend collection deadlines.

The lawsuit was filed Thursday in federal court by Fair Maps Nevada, the political action committee backing the ballot question and led by League of Women Voters President Sondra Cosgrove. It’s seeking a legal order that would allow the group to collect signatures for the petition electronically and extend the deadline for signature collecting by at least six weeks.

An order granting those requests would breathe new life into the proposed ballot question and others needing signatures from 10 percent of voters who cast a ballot in the preceding election — 97,598 — in order to make it on to the ballot, given that the COVID-19 pandemic has shut down public life in the state and made collecting enough signatures by the deadline “implausible.”

“Consequently, the Secretary (of State’s) interpretation that the Initiative cannot be circulated electronically for electronic signature and her refusal to allow the Initiative to be submitted for verification after June 24, 2020 will cause Plaintiffs to lose the opportunity to qualify the Initiative for the ballot and to vote for the same,” attorneys for the group wrote in the complaint. “As constitutionally protected activity, the Secretary’s intransigence will therefore cause irreparable harm.”

Fair Maps Nevada announced intentions in November to push for a constitutional amendment changing Nevada’s political redistricting process, a once-every-decade process in which lawmakers draw new maps for congressional and legislative boundaries but that has often been criticized for creating politically stacked or gerrymandered districts that favor one political party over another.

According to the lawsuit, the group’s attorneys reached out to Secretary of State Barbara Cegavske’s office on April 20 to make the same requests on electronic signatures and to extend the deadline, but that the office denied the requests.

In the lawsuit, attorneys for the group say that traditional signature gathering methods are “extremely challenging” given social distancing and other requirements ordered to slow the COVID-19 pandemic’s spread. One supporter said in an affidavit that “it is not feasible to gather ink signatures on a petition circulated by hand in an environment where interpersonal contact is generally advised against and in many cases prohibited.”

The complaint argues that nothing in state law requires signatures for a ballot question to be collected in-person, and that the state already uses an electronic verification process for voter registration.

“Despite her contention, electronic signatures may be used to execute the Initiative and the circulator’s presence may be deemed present by way of the electronic circulation of an initiative petition that is signed electronically,” they wrote in the complaint.

They also wrote that extending the deadline for signature collection would allow county clerks enough time to verify signatures before it moves onto the next step in the process.

This isn’t the only legal action that Fair Maps Nevada is involved in; the group is still defending itself in a pending appeal before the Nevada Supreme Court filed by a politically connected Las Vegas pastor challenging the language on signature gathering forms.

In order to move forward, a proposed constitutional initiative petition requires supporters to gather signatures from at least 10 percent of voters who cast a ballot in the preceding election, including in all four of the state’s congressional districts. Based on 2018 election turnout, 97,598 signatures must be gathered (a minimum of 24,400 from each congressional district) in order for the initiative to qualify for the 2020 ballot.

Nevada law requires any constitutional amendment to be passed by voters in two subsequent elections, meaning the soonest the amendment and new commission could get to work would be in 2023 — two years after the Legislature is scheduled to approve new electoral maps following results of the 2020 federal Census.