Hard Rock to buy The Mirage for more than $1 billion, will add a guitar-shaped tower 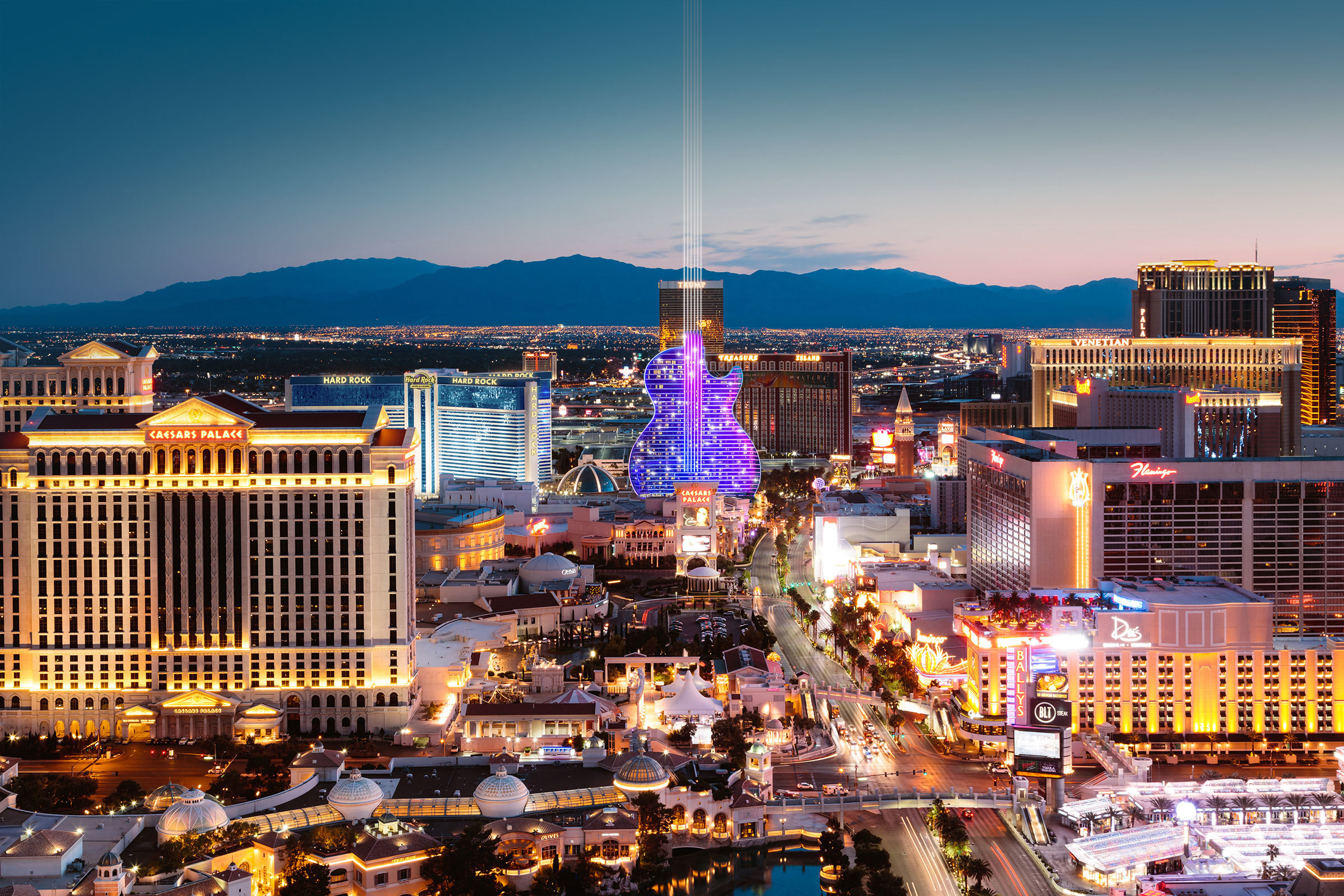 One of the Las Vegas Strip’s most iconic properties will soon change ownership after Hard Rock International announced Monday plans to pay $1.075 billion to acquire the operations of The Mirage from MGM Resorts International.

The company, which is owned by Florida’s Seminole Indian Tribe, said it would build a guitar-shaped hotel tower at the front of the 77-acre site along the Las Vegas Strip, while the entire property will be renamed Hard Rock Las Vegas.

"When complete, Hard Rock Las Vegas will be a fully integrated resort welcoming meetings, groups, tourists and casino guests from around the world,” Hard Rock CEO Jim Allen said in a statement.

Allen, who is also chairman of Seminole Gaming, was unavailable for an interview Monday. A time frame for the development and information about the expansion was not provided. The transaction will require approval from Nevada gaming regulators.

The announcement comes a little more than a month after MGM Resorts International said it wanted to sell the operations of the hotel-casino. The Mirage was the first new Strip resort in 15 years when it was opened by Steve Wynn in 1989, kicking off a building boom in Las Vegas that lasted several decades.

“We view this as a healthy price, well above the roughly $600 million we had expected,” Wells Fargo gaming analyst Daniel Politzer said in a research note Monday.

Real estate investment trust VICI Properties, which is in the process of acquiring The Mirage location as part of its $17.2 billion purchase of rival REIT MGM Growth, said it has “the opportunity” to provide up to $1.5 billion for the redevelopment.

“By working collaboratively with MGM Resorts to sell The Mirage operations, we are able to grow our pre-existing partnership with Hard Rock as they expand their gaming operations onto the Las Vegas Strip, the most economically productive street in America,” VICI President John Payne said in a statement.

MGM Resorts CEO Bill Hornbuckle, who was part of the team that opened The Mirage, said in November the company wanted to focus on its resorts south of Flamingo Road and was “excited for somebody to come in and make The Mirage their marquee property.”

The Seminole Tribe, which operates six of Florida’s seven tribal casinos, including Hard Rock Tampa and Hard Rock Hollywood near Fort Lauderdale, is the third out-of-state Indian tribe in the past year to enter the Las Vegas gaming market, but the first to land a property on the Las Vegas Strip.

In March, the gaming arm of Connecticut’s Mohegan Indian Tribe opened the casino inside Virgin Hotels Las Vegas along Paradise Road and Harmon Avenue, just east of the Strip.

Southern California’s San Manuel Indian Tribe is in the process of buying the off-Strip Palms Casino Resort for $650 million from Red Rock Resorts. The tribe’s gaming subsidiary is expected to be approved on Thursday to take over the 700-room hotel-casino on Flamingo Road, roughly a mile west of the Strip, when it appears in front of the Nevada Gaming Commission. The Palms has been closed since March 2020 and is not expected to reopen until next spring.

Global Market Advisors Partner Brendan Bussmann said the emergence of Indian casino companies in Las Vegas “shows the power that tribal nations have as gaming operators and the desire to be in the entertainment and sports capital of the world as commercial operators.”

Hard Rock lent its name, but never had any operational input, to the ownership of the off-Strip Hard Rock Las Vegas, which went through several management deals since it was opened in 1995. The property was sold in 2018 and is now the Virgin Hotels Las Vegas.

In March, Hard Rock said it acquired the rights to the name Hard Rock Hotel Casino Las Vegas, along with the property’s music memorabilia, signage and merchandise, intellectual property rights for affiliated restaurant and entertainment trademarks, and website domain names.

At the Global Gaming Expo in Las Vegas in October, Allen said the Seminole Tribe had an interest in landing a location on the Strip.

“We recognize Las Vegas is the entertainment capital,” Allen said during a CEO keynote panel at the gaming industry tradeshow and conference. “If the opportunity comes up, yes, we would be interested.”

Allen, who is also chairman of Seminole Gaming and Hard Rock Digital, has spent 20 years directing the gaming, hospitality, and entertainment operations for Seminole Tribe – which acquired Hard Rock International in a groundbreaking $1 billion deal in 2007.

Hard Rock, which is a worldwide hospitality and entertainment brand, currently owns or operates 14 casino properties in the U.S., Canada, and Punta Cana in the Dominican Republic. In 2019, Hard Rock opened a $1.15 billion 638-room Guitar Hotel expansion at the Hollywood, Florida resort.

The Hard Rock name is attached to some 250 non-gaming hotels and restaurants. The company spent $250 million in 2016 to rebrand the NFL’s Miami Dolphins home stadium. The venue hosted the NCAA’s college football national championship game in January 2021 and Super Bowl LIV in 2020.

“Since the Seminoles purchased Hard Rock, they have continued to accelerate the brand both domestically and internationally,” Bussmann said. “Today’s announcements further solidifies that effort.”

Monday’s brief statement did not discuss other development plans for The Mirage, which has 3,000 hotel rooms and suites and several non-gaming attractions, including Siegfried & Roy's Secret Garden and Dolphin Habitat and the Strip-front artificial volcano feature.

VICI said in a statement it negotiated a 25-year annual lease with Hard Rock for The Mirage that has an initial annual base rent of $90 million. There are three 10-year tenant renewal options and annual escalators to the base rent.