Heller, Tarkanian ahead in dueling polls of the Republican U.S. Senate primary 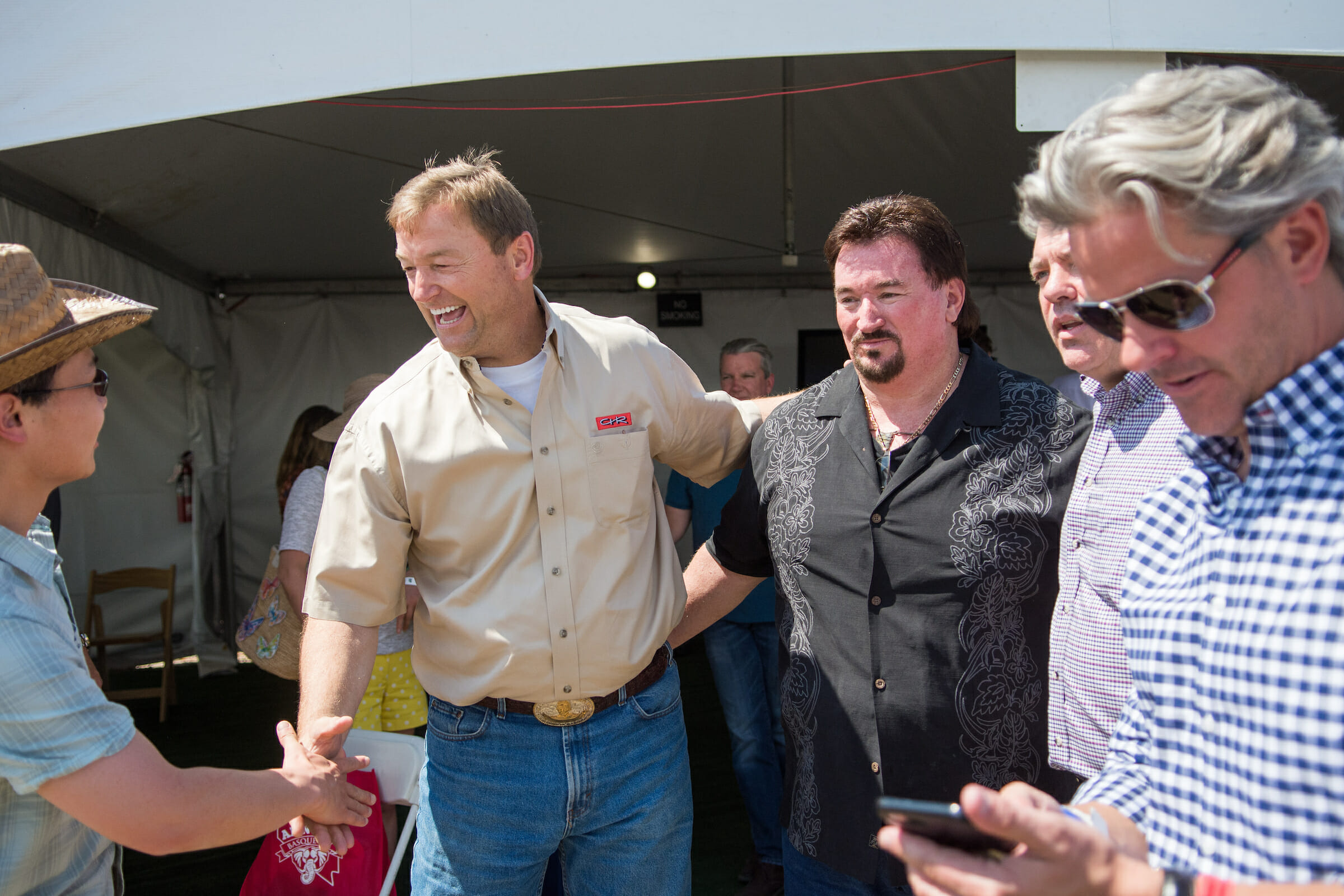 A newly-released poll from U.S. Sen. Dean Heller’s campaign shows the Republican senator beating businessman Danny Tarkanian in a primary matchup by 22 points, a figure that stands in stark contrast to an independent poll conducted and paid for by a Louisiana polling firm released over the weekend, which showed Tarkanian up by 8 points.

The internal Heller campaign poll, paid for by the campaign and conducted by the Tarrance Group, showed that 55 percent of Republican primary voters would choose Heller, 33 percent would choose Tarkanian and 12 percent are undecided. The other poll, conducted and paid for by JMC Analytics based in Baton Rouge, showed 39 percent supporting Tarkanian, 31 percent supporting Heller and 31 percent undecided.

The Heller campaign released a memo summarizing their internal poll, which sampled 300 likely Republican primary voters in telephone interviews between Aug. 14 and Aug. 16, on Monday after Breitbart exclusively published the results of the JMC poll over the weekend. Heller’s campaign declined to release further data from the poll, including the crosstabs, which would show a further breakdown of polling data by demographic.

JMC’s founder John Couvillon said that he reached out to Breitbart to let them know that he planned to poll the Nevada primary independently and see if they would be interested in an exclusive release, since the right-wing media outlet had also published his polling on the Republican U.S. Senate primary in Alabama.

“I was one of the first to show that (Alabama) Sen. (Luther) Strange was in serious trouble,” Couvillon said. “That poll caught Breitbart’s attention and, given that Breitbart has national exposure, when I was doing this poll I asked if this was something they were interested in publishing, which is something they indicated they were. This is 100 percent my poll.”

Couvillon, who conducted polling for local television news station KLAS in Las Vegas last year, said that Breitbart was not involved with writing any of the questions or paying for the poll, nor was Tarkanian’s campaign. He said goal of the poll, which sampled 700 likely Republican voters with an automated poll Aug. 24 and Aug. 25, was to generate publicity, and cost him a couple of thousand dollars. (Polls are typically paid for by a campaign, party, media outlet or advocacy group.)

“As much as I would love to be in 50 state capitals at one time, things like this are what you need to do to increase publicity,” Couvillon said.

Tarkanian was notified about the Breitbart poll on Friday evening, when they asked him to join their show on Saturday morning to talk about the poll’s results. His campaign said that the poll he mentioned on Fox News radio Friday morning also showing him ahead of Heller was a different, yet-to-be-released poll.

Though it’s still early in the race, Breitbart has already started to play a key role in highlighting good news for Tarkanian, including breaking the news of former Alaska Gov. Sarah Palin’s endorsement of Tarkanian. The organization has also written extensively about Republican primary challengers Kelli Ward in Arizona (who is attempting to oust Arizona Sen. Jeff Flake) and Roy Moore in Alabama (challenging Strange).

JMC, which has conducted public opinion polling in multiple states since 2008, has a C rating on FiveThirtyEight’s pollster ratings. The Tarrance Group, which conducted polling for Tarkanian in his bid for the 3rd Congressional District last year, has a B rating. FiveThirtyEight ranks polls by calculating simple average error (comparing poll margins to election results), comparing that to expected polling error and calculating a predictive plus-minus (based on methodology and track record), which is then converted into a letter grade.

The memo summarizing the Heller poll, which has a margin of error of 5.8 percent, also said that Heller has more than 50 percent of the vote among Republicans in Las Vegas and Reno and over 50 percent among both men and women and Republican primary voters of all ages. Among seniors, 56 percent said they would vote for Heller. Fifty-four percent of Republicans who identify as “very conservative” said they would vote for Heller, 20 points above Tarkanian, as would 52 percent of Republican voters who identify as “pro-life.”

Heller’s campaign said the question about whether voters would support Heller or Tarkanian in the primary came before questions testing various messages about Heller. Had the message questions come before, they could have had the potential to sway voters’ opinions.

The JMC poll also showed that 80 percent of Republican primary voters approve of President Donald Trump and that if the president were to endorse in the primary, 64 percent would be more likely to support the candidate he endorses. Tarkanian has a 42 percent favorable, 23 percent unfavorable rating, while Heller comes in at 34 percent favorable and 48 percent unfavorable, according to the poll. Fifty-one percent of respondents told the pollster that they would rather someone else be the Republican nominee for U.S. Senate in 2018.

In the wake of the poll, Tarkanian declared that he had taken the lead from Heller in the Republican primary.

"We appreciate the warm welcome that Nevadans have given us since we announced our campaign to hold Dean Heller accountable for turning his back on Nevadans,” Tarkanian said in a statement. “I will continue standing up for America First policies and work very hard to earn the support and trust of voters across the spectrum."

Heller’s campaign, meanwhile, touted their “commanding lead” over Tarkanian, who they called a “perennial candidate.”

“Danny has spent the weekend promoting ‘polls’ that have been manufactured specifically to promote his candidacy,” said Heller campaign spokesman Tommy Ferraro. “If Danny truly believes the polls he’s touting then I have an equestrian destination resort I’d like to sell him.”

A July poll conducted by Public Policy Polling for the health-care advocacy group Save My Care, which advocates against repealing the Affordable Care Act, found Heller at 33 percent approval among overall Republican voters, with an overall approval rating of 29 percent. The poll did not list a margin of error.