How we reported our story of a woman accusing Rep. Ruben Kihuen of harassment 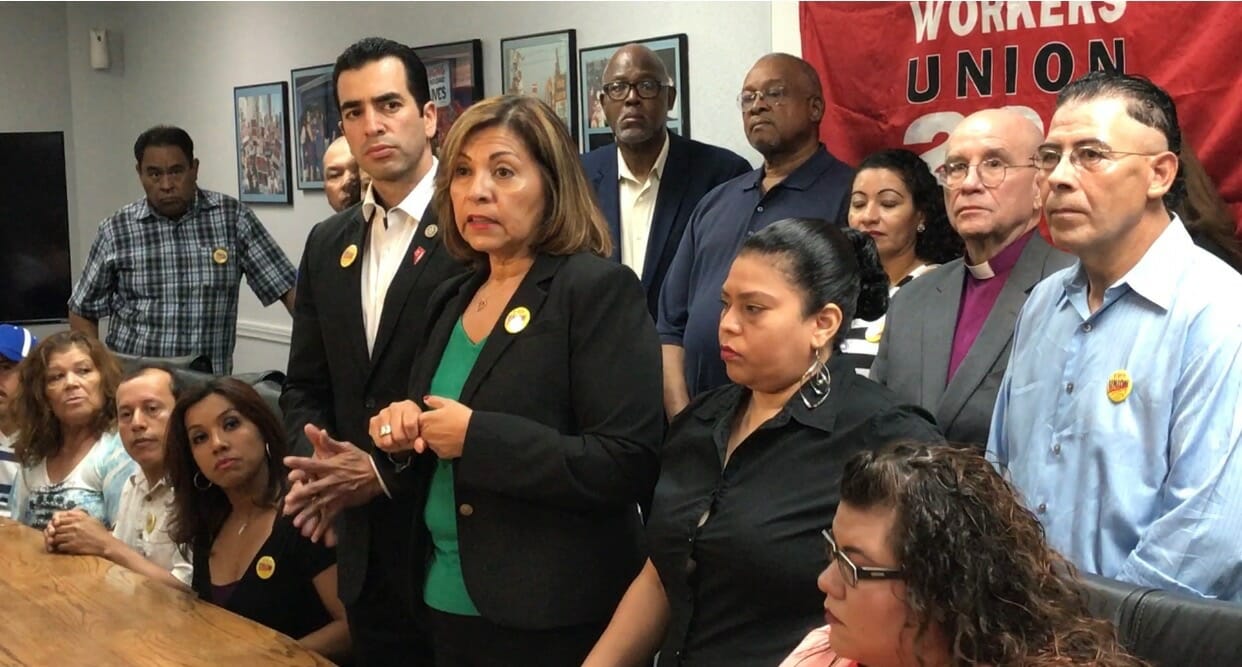 On Wednesday, The Nevada Independent published an anonymous account from a female lobbyist who received persistent and unwanted sexual advances by Rep. Ruben Kihuen when he was a state senator. The harassment occurred between 2013 and 2015, mostly via hundreds of text messages and dozens of Facebook messages, she told us.

We understand that questions may be asked about how we handled this story, especially our decision to publish without using her name. We expect and welcome these questions — as we do about anything on the site.

We did not make this decision lightly. Here is how it came about:

I was sent an anonymous email — we have received several since we published this piece and this piece about sexual misconduct in Carson City. The email detailed a period of sustained sexual harassment by an unnamed public official.

In a follow-up email, the woman said she wanted to meet to talk about her experience and show me “proof.” I did so, and she showed me the texts you will find in the story (and hundreds more) and told me about a number of her experiences with Kihuen.

She told me she had never before shared all of the details with anyone, including her boyfriend, who only knew generally about Kihuen’s advances. She said she had read the BuzzFeed story about Kihuen’s improper behavior toward a former employee and she recognized the similarities.

She seemed torn on whether to come forward and said if she did, she would not want to be identified. She said she wanted to protect those around her, even more than herself.

But she also knew and articulated what we all know about the Nevada political world: In a small state, the political universe is even tinier, a few hundred people who bivouac in Carson City for four months every other year. Everybody knows everybody. Once your name is known, word will spread, and you will inevitably pay some kind of price. (In Texas, a woman who accused GOP Rep. Blake Farenthold of harassment said her career was ruined.)

The lobbyist was worried that if she gave her name or shared screenshots of her responses, she would be easily identified by Kihuen. She also feared she might be identified by those who might try to harm her professionally.

This is a microcosm — and perhaps amplified because of the Carson City bubble — of what so many Nevada women have gone through in their careers: On the wrong end of the power dynamic, harassed by men but trying to find a way to navigate a small, closed system and not become fodder for the rumor mill or have their careers ruined.

It was obvious from her account of things that the experience and the decision to talk about it now was excruciating.

I knew after reading the texts she showed me that her claims were true. I knew after listening to her tell the story of her experiences and noting that they echoed those that Samantha told BuzzFeed, that she essentially was corroborating that story. The fact that she was not the first to accuse Kihuen — and that her story was so similar and was also backed up by text and Facebook messages — not only gave her credibility but also influenced our later decision to grant her anonymity.

I asked her whether she would meet with a reporter and me the next day to tell her story again. I gave her no guarantee we would publish the story, explaining to her that we are generally wary of publishing anonymous accounts.

Megan Messerly and I met with her. Megan looked at all the texts and took pages of notes. We also verified that the messages came from Kihuen’s phone number. The woman again said that she did not want her name published because she did not want to be targeted, nor did she want to affect her professional and personal life.

We did some follow-up reporting including talking with the woman’s boyfriend and someone who was present when, and confirmed that, Kihuen placed his hand on her thigh at a Carson City bar. We then talked as a team about how to proceed including whether to include information Megan was unable to verify independently.

We reviewed the story again and again, clarifying and debating the ethics and editing accordingly. We gave Kihuen plenty of time to respond — six hours — and answered questions from his chief of staff before we published.

Kihuen's response was unresponsive. He did not answer any of Megan's questions. And even after we detailed that the lobbyist had rebuffed his advances over texts and made it clear there was no relationship, the congressman's statement implied they were dating, which infuriated the woman. She was, frankly, astonished at his statement

This is a new frontier in journalism, one that paradoxically calls for even more caution and care in reporting but also calls for the flexibility to occasionally grant anonymity to women who are making very difficult choices to come forward. Every claim must be vetted and evaluated before publishing. That is what we did here — and will do in the future.

In general, we prefer not to use anonymous sources for reports. In situations in which a person is at some risk of personal or professional harm were his or her identity to be revealed, as in cases of sexual assault or harassment, we will consider using anonymous accounts if we are able to independently verify at least some of the information provided and if the source is proven credible as we investigate and talk to others who have knowledge of the situation.

This woman in today’s story knows Kihuen may still figure out who she is. She knows he is a congressman. She is still brave enough to do what she has done, and not only is her story credible, she has hundreds of texts and dozens of Facebook messages to back it up.

We welcome your comments on how we handled this sensitive but important story. And if you have stories you think we should hear, please reach out to us or use our tips page.