In spite of aid, many Nevada small businesses shutting down for good 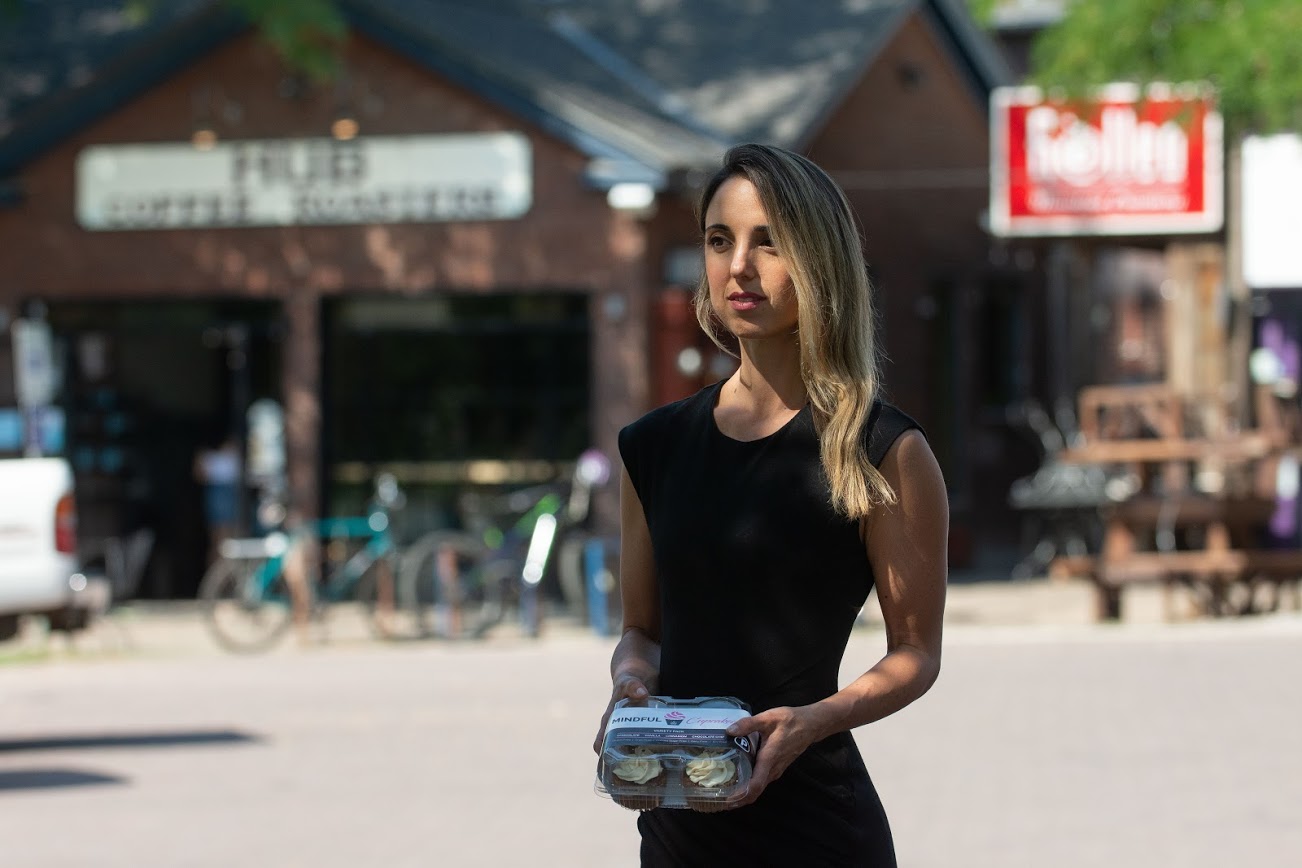 Krysta Bea Jackson opened the doors to Reno’s Sugar Love Chocolates in 2015 after a photo of her homemade chocolates went viral on Reddit with over a million views, and she was flooded with requests for orders.

Jackson grew up in the kitchen of her mother’s restaurant and said cooking and sharing food is the way her family from the South expresses love.

“That's how we show love is by cooking you food, whether you're mourning or celebrating or you’re happy or sad, we're going to make you something to eat … which is why everyone in my family is skinny,” she said with a laugh.

But almost five years after realizing her idea, Jackson shuttered her gourmet chocolate shop in the basement of the old post office in downtown Reno following the economic fallout of the business shutdown ordered in March in response to the COVID-19 pandemic. And she’s not alone.

Nearly a quarter of companies across the country closed temporarily or permanently in March and April, according to a National Bureau of Economic Research study, despite efforts to keep businesses afloat, such as the Payment Protection Program (PPP), commercial rental assistance and eviction moratoriums.

Two-thirds of the 2,630 Southern Nevada businesses that responded to an Applied Analysis survey presented at the Clark County Commission meeting this week said they are experiencing a decline in sales and revenue as compared to 2019, with 58 percent seeing a decline of more than 25 percent.

Closures of businesses that have long reigned in communities, such as the Santa Fe Basque restaurant and the Awful Awful Burger in Reno, have caused sadness among community members who grew up patronizing the establishments.

Jackson’s chocolate shop was already struggling with declining revenue before Gov. Steve Sisolak ordered nonessential businesses to close. But the federal aid offered by the PPP and the Economic Injury and Disaster Loans (EIDL) gave her hope the shop could survive.

She realized she’d need to close her doors for good when she didn’t receive the funding she needed.

“If there was one thing that really put the nail in the coffin,” Jackson said, “I was turned down for the EIDL, which was that first emergency loan for businesses.”

The loan is designed to provide relief for businesses experiencing a loss of revenue and can be used to cover expenses such as rent, utilities, fixed debt payments and a continuation of health care benefits, whereas the PPP funding specifically focuses on payroll expenses. The loan would have provided about $25,000 for her business and would have allowed her to stay open for six months, despite the financial difficulties.

“So having that not come through, that was like, ‘Oh, okay. So I need to batten down the hatches as much as possible.’”

Jackson announced the closure of her shop on Instagram, but made the firm statement her business and chocolates would survive.

“I'm sad to say that Sugar Love will close its physical doors on Saturday, June 20th…  After the closure, we will remain online and I'm excited to add that I'm in the process of acquiring a trailer to allow us to do events, outdoor markets and pop-up events throughout the region!”

She added that with 40 million people unemployed across the country, “high-end confections are not a priority for many.”

The stark change has a greater impact on business owners such as Jackson, who is still processing the past few months.

“It changes every day… I mean, some days, it's hard to even want to do emails, or look at anything for the business because it just feels so defeated,” she said. “And then other days it's like, well, it's a new challenge and let me figure out what we can do … It's definitely a rollercoaster.”

Small businesses are a major driver in the Nevada economy, although some of the aid programs designed for them have been unable to carry them through the crisis.

There were over 270,000 small businesses in Nevada as of last year, according to the state’s Small Business Administration economic profile, and more than 480,000 people employed by a small business, which represented over 40 percent of overall workers in the state.

A 2019 report from the Nevada Small Business Development Center, a statewide resource for business owners that offers expertise, training and business development, found that the largest percentage of businesses in the state — 86 percent for both Clark and Washoe counties — were establishments with under 19 employees.

The center said it provided counseling for 1,635 small business owners since March who are navigating the CARES Act disaster assistance funding and adjusting to their business models and strategies. The organization also reported assisting more than 1,200 clients through a COVID-19 business crisis call center established in late March.

As of April, just before the $349 billion PPP funding was exhausted, Nevada had received the least aid for businesses out of seven other states with similar population sizes, such as Iowa, Kansas and Connecticut.

Critics say the program, created as a temporary measure to aid business owners and prevent layoffs amid the business shutdown, falls short of its intended purpose.

A survey from the National Federation of Independent Business, a trade association for small businesses, found that 22 percent of PPP recipients have laid off employees or expect to, according to The Washington Post.

Jackson received PPP funding, but said most of it went to her employees, which she was grateful for, but it was not enough to salvage her business and her employees were all laid off.

More opportunities for funding and aid crop up

Clark County began accepting applications this week for two new opportunities created to help small business owners — the Small Business Rental Assistance program and the Small Business Protective Retrofit Grant funded by the CARES Act. Applications are due by Aug. 4 by 11:59 p.m. and grant awards will be made in late August.

However, one of the eligibility requirements for the retrofit grant includes not having received any other federal loans upon applying, including the PPP loan. This measure excludes business owners such as Jackson who received PPP funding, yet couldn’t keep their stores open.

The Small Business Rental Assistance program will provide up to $10,000 for overdue rent, helping business owners who may be on the verge of eviction as the governor’s moratorium on commercial evictions lifted earlier this month.

The Small Business Protective Retrofit Grant will reimburse businesses up to $5,000 for costs related to the COVID-19 pandemic, such as personal protective equipment for employees and installments of no-touch doors or walk-up windows.

Sen. Jacky Rosen introduced legislation this week that would extend funding opportunities for business owners and co-sponsored another bill that would create a new loan program for businesses.

The Reviving the Economy Sustainably Towards a Recovery in Twenty-Twenty, or the RESTART Act, would provide funding for small and “mid-sized” businesses and nonprofit organizations to cover payroll, benefits and fixed operating expenses for six months.

“As we work to address the impacts of COVID-19 on our economy, we must take further steps to support small businesses in Nevada and across the country who are in urgent need of assistance,” Rosen said in a press release.

Another owner says goodbye to her business

Another business that will not make it long enough to see the outcome of new initiatives is Reno’s Mindful Cupcakes.

Christina Ciaccio launched the business so people with food allergies and restrictions and sensitivities could enjoy a sweet treat — sans the gluten, grain, dairy and soy ingredients.

“People who have illnesses, some patients with MS (Multiple Sclerosis) or cancer, or children with autism or ADD (Attention Deficit Disorder) — they don't want them to have all of these allergens,” she said. “So it does help a lot of people and it tastes just like the real thing. So I feel like that's my mission in life is to provide that product to children and to families.”

Ciaccio shuttered the retail store for her business last October, and now cannot sustain her wholesale business model and the partnerships she had with other businesses — including Whole Foods — because of the revenue she lost in the business shutdown.

Now she worries about how she will provide for her two daughters as a single mother and is currently depending on her savings while looking for new job opportunities.

Ciaccio said she feels “enraged” by the loss of her hard work, especially because she was moving forward on a large expansion of her product across 38 Whole Foods stores in the Northern California region when the pandemic hit.

“I'm really upset because I can't help but feel like I've failed,” she said. “I've worked so hard.”

Ciaccio said she was denied PPP funding but is still waiting for news on her application for the EIDL.

The baker said she’s also frustrated by the amount of small businesses that have been left out of the federal funding opportunities. Aid packages have been criticized for directing funds to large businesses — such as major airlines — while leaving smaller businesses with less.

“People who don't need it, companies worth millions of dollars, but the small businesses were forced to close down,” Ciaccio said. “And I think it's just really, really sad. And I feel like entrepreneurship and capitalism is under attack right now because it's just not making sense — they're keeping all the big businesses up and going, but the small guy has no help.”

Of the businesses that participated in the Applied Analysis survey, conducted between June 15 and July 10, 64 percent said they had returned to work while 34 percent reported they had not.

The top reasons businesses had chosen for why they had not returned to work include: businesses could not financially afford to reopen, too difficult to employ necessary protection measures and employees not willing to return to work because of health concerns and because they earn more from unemployment benefits.

Jackson and Ciaccio both struggle to make sense of how quickly their lives changed, but understand circumstances such as these come with the territory in entrepreneurship.

“The main skill set any entrepreneur has is adaptability,” Jackson said. “I think entrepreneurs get it. It's a struggle and it's hard because it's emotional and it's your baby and your ego all wrapped into one thing. But, I don't think I would do it any other way.”

She continues to make smaller batches of chocolates and caramels in her home kitchen to sell at the farmers market. Her long term goal is to find a commercial kitchen so that she can sell to larger companies in the area, such as casinos, in a wholesale model.

As devastated as Ciaccio was to shut down her cupcake business and have an expansion with Whole Foods pulled out from underneath her, she’s determined to restart the business at some point.

“I'm not going to give up on my dream, so I will restart when I can,” she said. “But it's going to obviously take a lot of work, a lot of capital.”